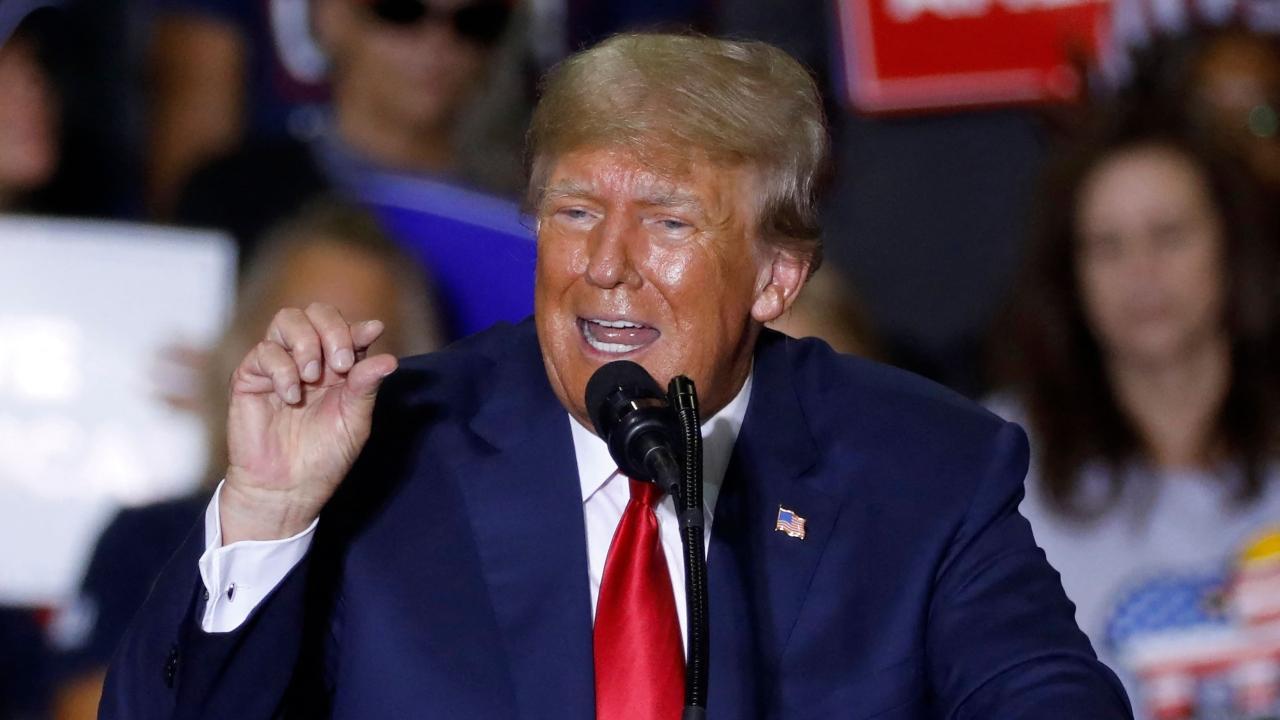 former US president Donald Trump promised that he would take AmericaIf he wins the presidential election in 2024, his relations with India will again take to the next level.

In a Diwali speech organized by the Republican Hindu Alliance (RHC) at its Mar-a-Lago resort in Florida, Trump, 76, told a gathering of nearly 200 Indian-Americans that he shared a great relationship with Hindus, India and Prime Minister Narendra Modi. shared. Modi.

He said he would nominate RHC founder Shalabh Kumar as his ambassador to India if he is elected as the US President in 2024.

A video of Trump’s speech at the Diwali reception last Friday was released by the RHC on Tuesday, in which the former president says he has not yet announced whether he will run, but if he does, and in 2024. wins, they have some commitments to the Indian American community.

We got a lot of support from Hindu population, great Hindu people both times (2016 and 2020) and from India, people of India. I fully supported the idea of ​​building a Hindu Holocaust memorial in (Washington) DC. I think it’s time we’re going to get it done, Trump said.

His remarks came days before the crucial mid-term elections to be held on November 8.

Trump said he might not have won in 2016, but for the support of the Hindu community on the battlefield.

He resolved that if he wins the presidential election in 2024, he will take America’s relationship with India to the next level again.

Also read: Will Build Britain Where Our Children Can Light Their Diyas: Rishi Sunki

In his remarks, Kumar said Trump has been a strong friend of the Hindu community and that RHC is proud of the achievements it has made over the years in empowering and encouraging the diaspora in the US.

He said that Diwali is a time for all of us to reflect on the victory of light over darkness and look forward to a new year of prosperity and peace.

Under Trump, US-India relations were never stronger, as both sides faced common threats from Pakistan and China and fostered a relationship with respect and admiration for each other, the RHC said in a statement. . India-US relations made great strides in 2017, with President Trump fulfilling his election promise of being India’s best friend inside the White House.

India was the only country for which the Trump administration came up with a 100-year plan; An honor not even given to America’s top allies.

The Trump administration not only rechristened the Asia-Pacific region as the Indo-Pacific, but to China’s concern, gave a greater role and space for the new.

Delhi across the region, but for the first time the United States clearly stated that India is a major player in Afghanistan.

As Trump announced his South Asia policy to give India a key role in bringing peace to the war-torn nation in August, for the first time a US president aligned himself with New Delhi’s position that terrorism emanates from Pakistan.