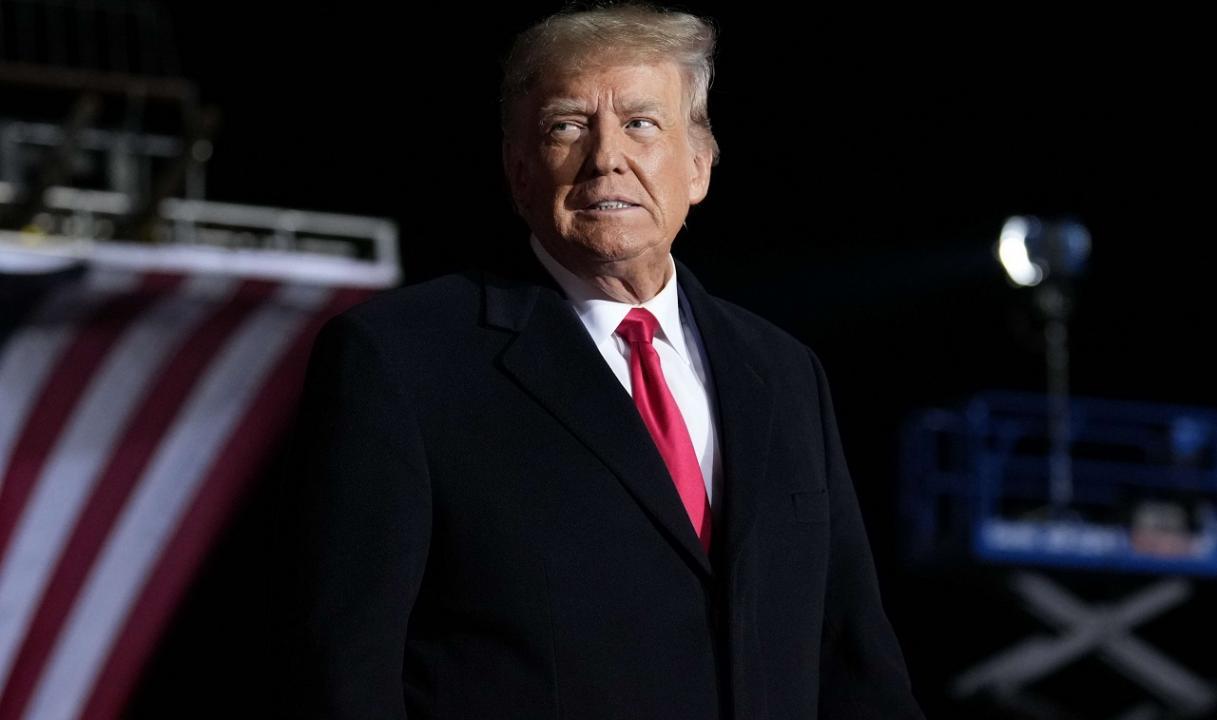 Former US President Donald Trump said on Monday (local time) that he would make a “huge announcement” next week on November 15.

It comes against the backdrop of Trump’s expected jump in the race for the White House in 2024.

“I’m going to make a huge announcement on Tuesday, November 15th at the March Lago in Palm Beach Florida,” he told a cheering crowd in Ohio.

He sparked a third presidential race while campaigning in Ohio before the last day of voting in this year’s midterm election.

Trump is holding his final rally of the midterm session to bolster Senate candidate JD Vance. “We want to make sure that the importance of tomorrow is not diminished,” Trump said.

Trump has become increasingly clear about his plans to launch a third presidential campaign, saying in recent days that he will run again “very, very, very probably” and formalizing his intentions “very, very soon”. Will give shape

“Maybe I’ll have to do it again, but stay tuned,” he said Sunday night in Miami. “Stay in the great state of Ohio for tomorrow night.”

It comes as Trump opened the swing of four rallies in the US state of Iowa on Thursday. The rallies organized by the former US president come on the last five days of the midterm election in Iowa.

“To make my country successful and safe and proud, I’ll probably do it again,” Trump said. “Very, very, very, probably.” The crowd erupted in applause and “Trump! Trump! Trump!” Slogans were raised. Trump said, “Get ready – that’s all I’m going to tell you.” “Very soon.”

Iowa Republican Senator Chuck Grassley, who is seeking an eighth consecutive six-year term, joined Trump at the rally. Trump is campaigning for Republicans before the midterms, but his name is not on the ballot this year as he nears announcing a third presidential campaign.

Democrats currently control both the House of Representatives and the Senate, and losing either of the two bodies to Republicans would significantly reduce the power of Democrats over the next two years of President Joe Biden’s term. As the New York Times reports, it will be decided by voting on Election Day, which takes place on November 8.

Of the five states that race to the toss-up Senate, Trump has not rallied in two — Georgia or Wisconsin — since the primary season ended, according to the Cook Political Report.

The “toss up” classification is used to refer to the races that are the most competitive of the cycle, and which either party has a fair chance of winning, Cookpolitical reported.

Trump will visit Pennsylvania, just one of the toss-up states, in his last four rallies.

Ahead of the US midterm election, Democrats’ star campaigners, including two former presidents and another former presidential candidate, have ramped up campaigning for major elections amid record high inflation and a slowing US economy.