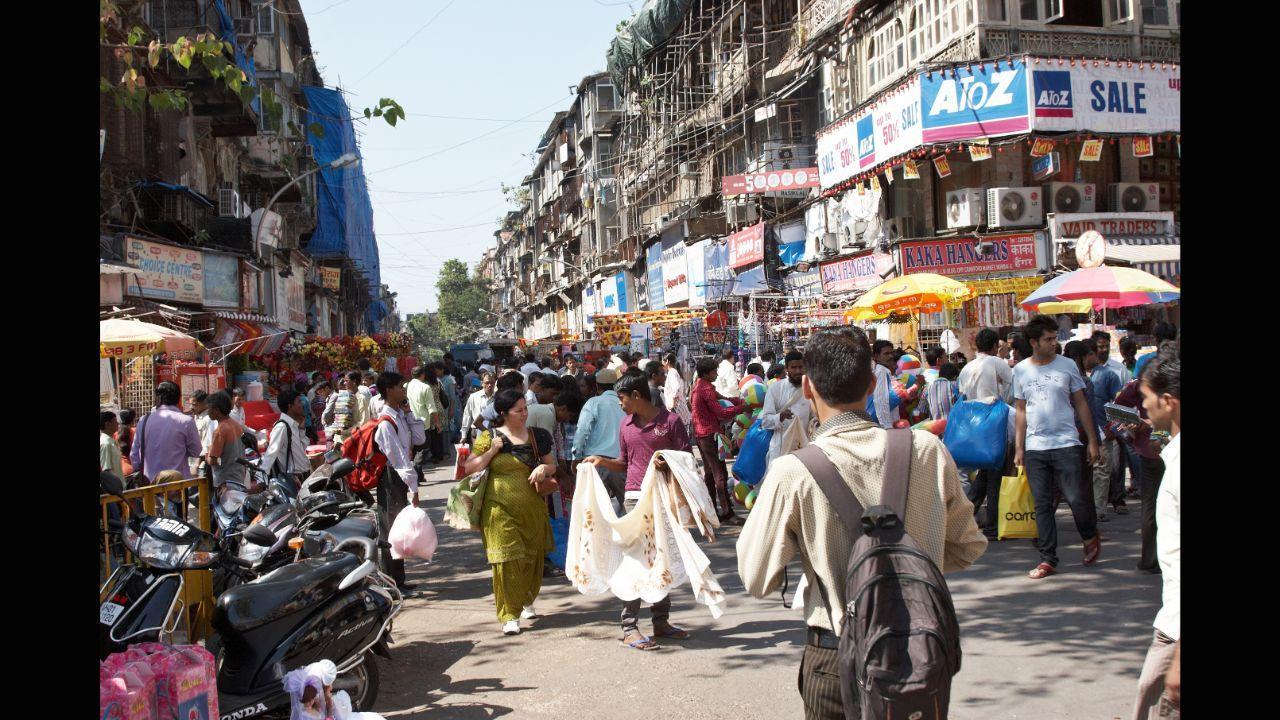 “There are many unsolved stories and sites outside the original walls of the fort; You just have to go looking for them. And, they should be documented. Those words of Captain Ramesh Babu reverberated for a long time after our insightful conversation on Sunday afternoon. The person in question is the author of a recent release, My Own Mazagon, which now graces the Bombay/Mumbai section of my bookshelf. It is a delightful ode to the neighborhood’s rich local history and diverse communities. He was really concerned about the lack of documentation of equally important areas in the original seven islands, and Salsette which forms a large part of today’s Greater Mumbai.

But what the retired Indian Navy soldier reiterated was only a nudge that this columnist has been reminded of that reality several times. Over the years, the city’s rich and glorious past has been dissected and explained and yet, somehow, it feels like when it comes to smaller neighborhoods, neighborhoods, and especially today’s suburbs, we are only covering the surface. are scratched.

I recall a conversation I had a few years ago with Atul Kumar of Art Deco Mumbai, whose team studies and documents Art Deco architecture in structures in the city and suburbs. It is a wonderful initiative doing its bit to highlight the impact of an important architectural style on city life in the middle and later of the 20th century. We discussed extended suburbs like Borivali and my home, Mulund. And I ended up sharing a few comments—where redevelopment casts its ugly shadow on my beloved suburb, robbing it of some of its character. At that time I was very happy to help with two pieces of my research and with pictorial references. And then, everyone’s favorite villain—the pandemic—hit. I slipped into survival mode, and like the rest of the world, it became all about combating the wretched virus.

When the time was right to head out and explore parts of my own suburb, I realized that, lockdown or not, the land sharks were busy working while everyone else stayed indoors. A favorite single-screen cinema from my childhood, quaint single-story bungalows that were straight out of any Enid Blyton classic, and a few buildings built in the 1950s and ’60s with vernacular elements like tall porches, balconies, and porticos. , In its place, I could only see neck-craning tin sheet partitions announcing the arrival of luxurious residential skyscrapers offering you the moon. Well, you get the drift. I was deeply disappointed. If I had gotten there earlier, I would have been able to at least document its existence.

I’m pretty sure that examples like these must be played by dozens of people throughout the city and its suburbs. The suburbs are actually far more unsafe. When I returned to Thane’s grazing neighborhood near Talao Pali in December, after a gap of three years, I saw a similar change. The character of the charming streets was being erased to make way for the ugliest kind of gentrification, any idea or realization of its original streetscape, a place that exuded its own fascination with villas and bungalows. Ever since I was a child, I would attend congregations at St. John the Baptist Church and, later, to visit the homes of college friends who lived in this cosmopolitan agglomeration.

In that conversation with Captain Babu, he expressed regret at the present condition of Matharpakkady, where some of the original sites remained, many of whom sold their attractive homes. Another friend who lives near Khotachiwadi, every time he steps into the area, lest he get an eye-opener even closer to the murder inside this historic residential cluster.

Every time I’ve spoken to the city’s respected historians, they echo the same concern: the need to document uncharted areas so that some sort of history can be recorded for posterity. Given the rapid pace of development capturing the city with little standing in the way of guidelines, it is imperative that young historians and researchers of the city undertake this task with dedication, enthusiasm and good momentum. Take yourself for ,

Every time I pass by the monstrous who is slowly reaching the sky at the same spot where I saw Chaplin’s The Great Dictator and Raj Sippy’s Satte Pe Power, I feel a lump in my throat. Deep Mandir – the single screen cinema that brought such joy to me and so many suburban people is now a part of our past. Alas, this is the inevitability, the future of this great city. What could happen to our rich history is anyone’s guess. How and in what manner we can save it, or at least, record its existence, depends on these young minds whose hearts beat for this city. Hopefully, some of them are reading this column.