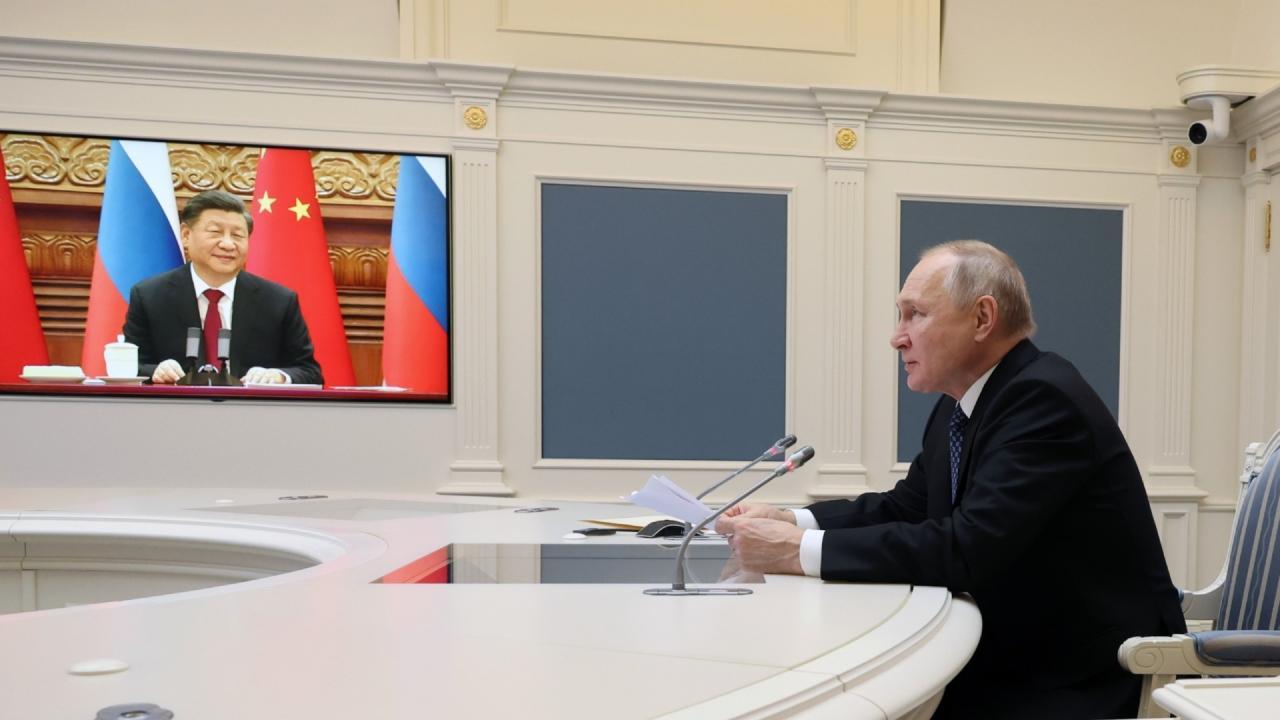 Russian Leader Vladimir Putin told Chinese President Xi Jinping on Friday that he was keen to increase military cooperation and praised the efforts of both countries to counter Western influence.

But Moscow’s offensive in Ukraine is a sensitive issue for Beijing, which has sought to present itself as neutral but has offered diplomatic support to its strategic ally Russia.

The two leaders called each other “friends” as both expressed interest in closer ties.

“We want to strengthen cooperation between the Armed Forces of Russia and ChinaPutin told Xi via video link at the start of the talks, describing the Chinese leader as a “dear friend”.

“In the context of growing geopolitical tensions, the importance of the Russian-Chinese strategic partnership as a stabilizing factor is growing,” Putin said.

“We share similar views on the causes, course and logic of the ongoing transformation of the global geopolitical landscape,” he said.

As the West seeks to reduce dependence on Russian oil and gas, Putin has looked to energy markets in Asia.

Putin said, “Russia has become one of the leaders when it comes to oil exports to China.”

The Russian leader said he was looking forward to Xi’s state visit to Moscow next spring.

Xi, who also called Putin “my friend”, said he was satisfied with the growing ties between the two countries.

“Under our joint leadership, the China-Russia Comprehensive Partnership and Strategic Dialogue in the New Era is showing maturity and resilience,” he said in translated remarks released by the Kremlin.

“We stand ready to enhance strategic cooperation with Russia, give each other opportunities for development, become a global partner for the benefit of our peoples and in the interest of stability in the world,” Xi said.

“China is ready to work with Russia and all progressive forces around the world to oppose unilateralism, protectionism and bullying,” the broadcaster said.

“It has been proven time and again that prevention and repression are unpopular, and that sanctions and interventions are doomed to fail,” it added.