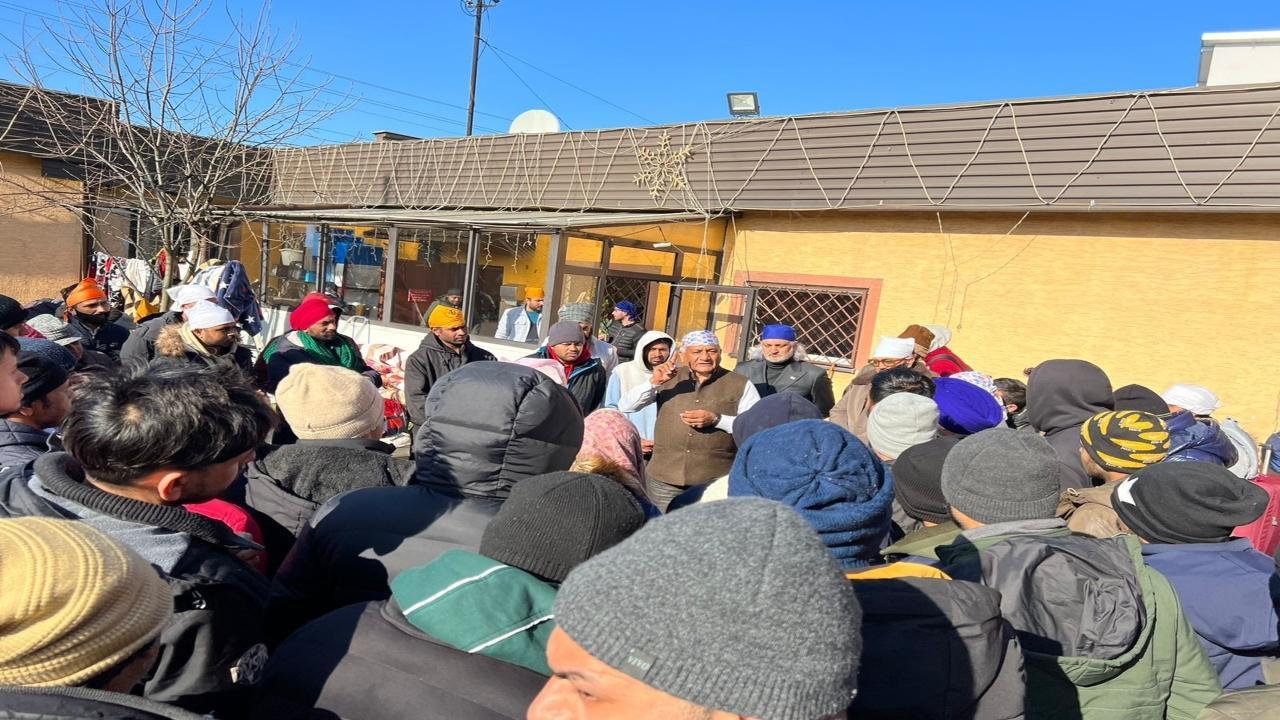 Amid the ongoing Russian military operations in Ukraine, Minister of State for Road Transport and Highways and Civil Aviation, General Vijay Kumar Singh arrived in Poland on Tuesday to coordinate and monitor the evacuation process of Indian nationals from Ukraine and urged Indians stranded there to keep track. . The guidelines are being issued by the Indian Embassy in Kyiv and the Ministry of External Affairs.

After landing in Poland, the minister interacted with Indian students at the Guru Singh Sabha in the Polish capital, Warsaw.

Assuring them that the Indian government will make all efforts to evacuate its citizens, the minister said, “We have all hands to ensure your safety,” urging them to be patient. “I have landed in Poland, and I am assessing the situation on the ground. Here, I have interacted with Indian students at Guru Singh Sabha, Warsaw. The Indian government will leave no stone unturned to bring everyone back safely,” Gen. VK Singh tweeted.

I have reached Poland and am taking stock of the situation on the ground.
Here, I have interacted with Indian students at Guru Singh Sabha, Warsaw.
The Government of India will leave no stone unturned to bring everyone back safely.#general_in_poland #OperationGanga pic.twitter.com/W4srQjAODj

In another tweet, he said, “I want to assure the Indian community that is still in Ukraine that we have all the strength to ensure your safety. Please be patient and follow the guidelines issued by @IndiainUkraine and @MEAIndia. Keep an eye out.” The Indian government has launched Operation Ganga for the return of Indians from Ukraine amid military operations by Russia. The government has deployed ‘special envoys’ to coordinate and monitor the process of evacuation of Indian nationals in four neighboring countries bordering Ukraine.

The Prime Minister on Monday chaired two meetings to review the ongoing efforts under Operation Ganga for the return of Indians from Ukraine amid military operations by Russia. Another meeting took place on Sunday. The Cabinet Committee on Security met on 24 February in the wake of Russian military action in Ukraine.