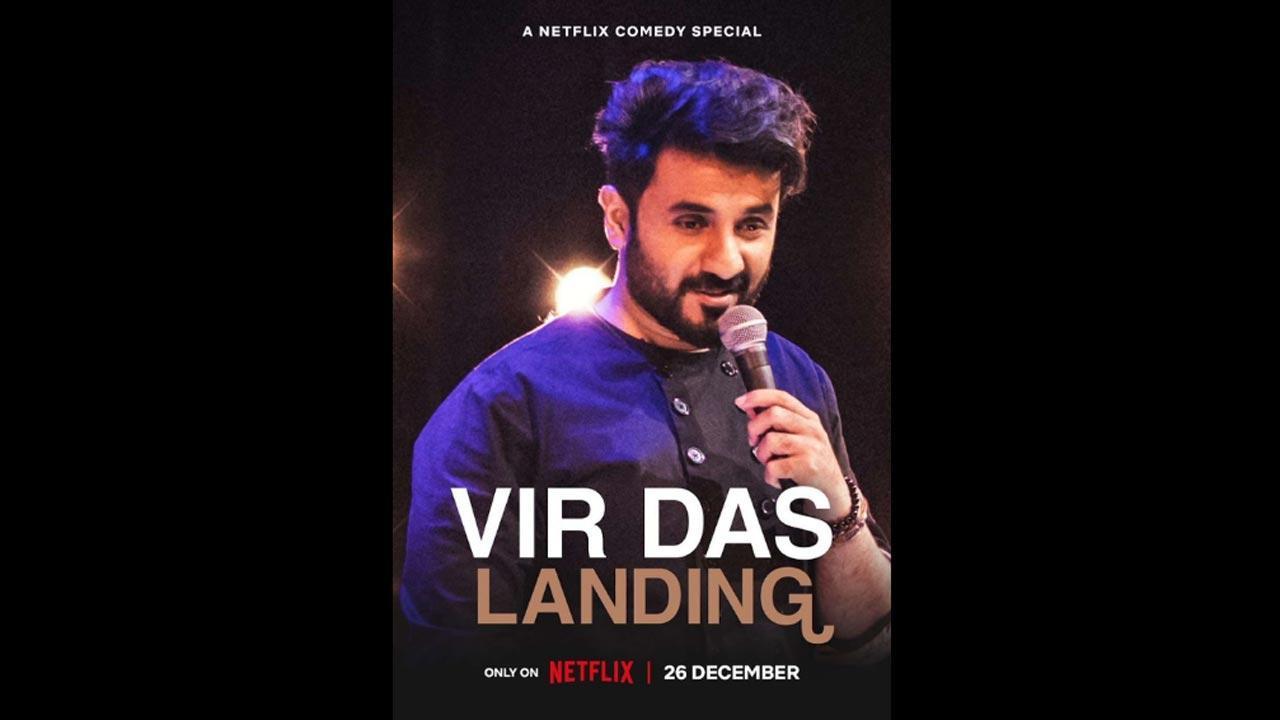 Indian comedian, actor and musician Veer DasThe new hour-long standup special `Landing` will premiere worldwide on Netflix on 26th December 2022. Das’s fourth special with the streamer, which he has also directed, is a story of traveling the world, taking his country with him and the notion of home. , This is a milestone for Vishesh Veer, which has run 183 shows in more than 25 countries across the globe.

‘The Landing’ is a show about freedom, folly, West, East, and what it means to be a citizen of a nation in a globalized world. This is a show that applies to every citizen in every country across the globe. `The Landing` wrapped up a critically acclaimed sold out run at the 2022 Edinburgh Fringe Festival with The New York Times noting, “No artist has symbolized the globalization of stand-up like Vir Das.”

Veer`s third and most recent standup special Veer Das: For India has received a 2021 International Emmy nomination for `Best Comedy`. In addition to his internationally renowned standup, which is loved by millions of his social media followers, he is currently developing his single-camera comedy Party Over Here with Fox, CBS Studios and Andy Samberg’s production company. He also starred as Jai Dutta in the ABC spy dramedy Whiskey Cavalier alongside Scott Foley and Lauren Cohen. Veer has created, produced and starred in several series including the scripted thriller Hasmukh netflix and the unscripted travel show Destination Unknown for Amazon.

Talking about the new release, Vir said, “It is exciting to end the year with this brand new special. We had a great time recording it in New York. It was shot in between the crazy world tour of Wanted. I am looking forward to showing it to the world and I hope we get the same love that we have received for the other three specials so far.

“The Landing” is produced by Rotten Science and executive producer Matthew Vaughn. Das is represented by UTA, Reg Tigerman at Tigerman Management and Shrek Rose Dapelo of Adams Berlin & Dunham.