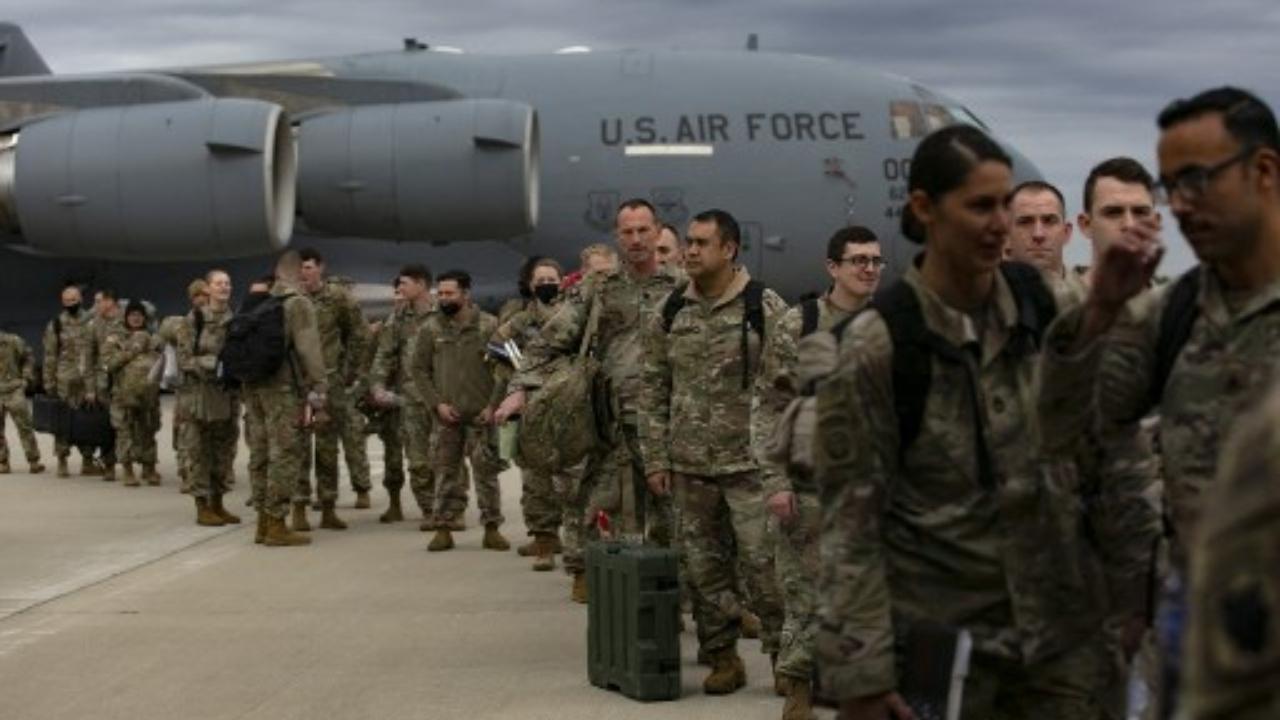 Hundreds of elite US troops landed in southeastern Poland near the border with Ukraine on Sunday, ordered by President Joe Biden to deploy 1,700 troops amid fears of a Russian invasion of Ukraine.

Airborne infantry units of the 82nd Airborne Division arrived at Rizzo-Jaccionea Airport in a US Army Boeing C-17 Globemaster aircraft. Their commander is Major General Christopher Donahue, who was the last American soldier to leave Afghanistan on August 30.

Biden ordered the deployment of additional US troops to Poland, Romania and Germany to demonstrate America’s commitment to the eastern side of NATO amid escalating tensions between Russia and Ukraine.

The division can rapidly deploy within 18 hours and can conduct parachute strikes to secure key objectives. Based in Fort Bragg, North Carolina, the history of the division goes back to 1917.

Earlier in the week, US planes brought troops equipment and logistics to prepare for the arrival of elements of the division at the airport 90 kilometers (56 mi) from Poland’s border with Ukraine.

According to Major Przemysaw Lipczynski, spokesman for the Polish Army’s 18th Mechanized Division, Polish troops have previously worked closely with a US division on missions in Iraq and Afghanistan.

About 4,000 US troops have been stationed on a rotational basis in Poland since 2017.