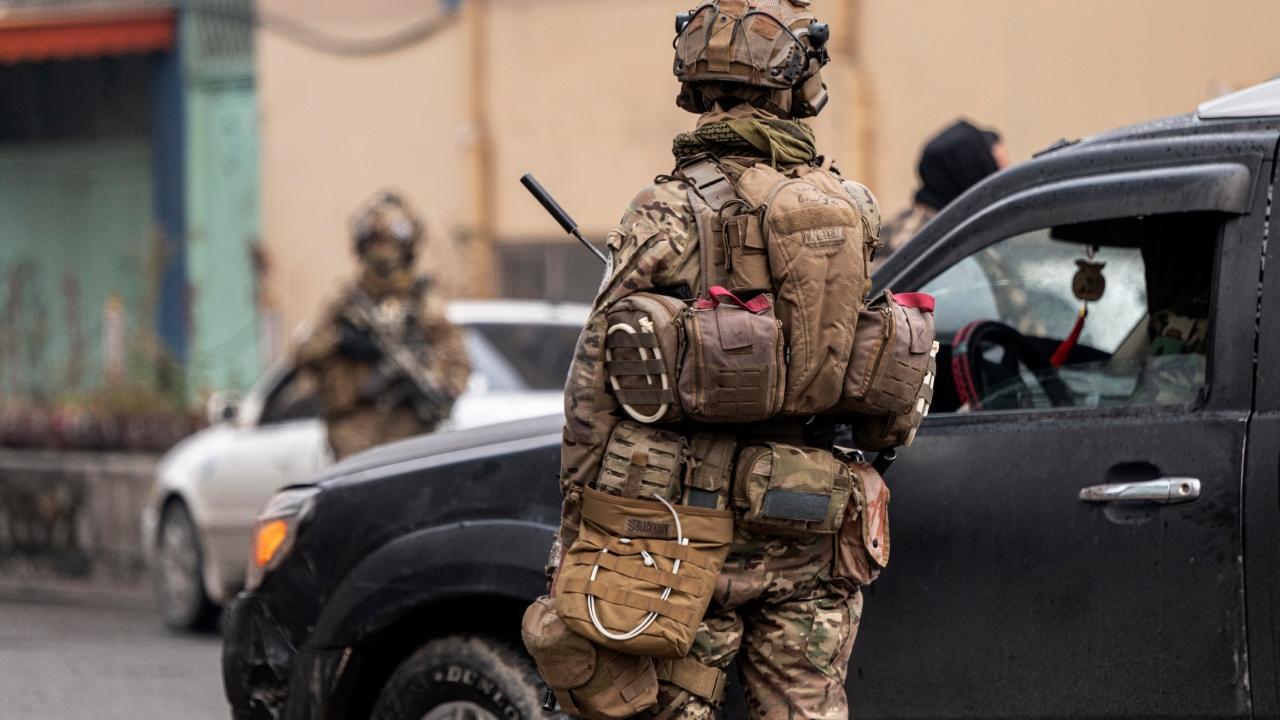 Smoke could be seen billowing from the multi-storey Kabul Longan Hotel as Taliban security forces arrived at the scene and sealed off the neighbourhood.

Taliban They claim security has improved since returning to power in August last year, but there have been numerous bombings and attacks, many claimed by the local chapter of the Islamic State group.

A Kabul police spokesman told reporters that the attack was carried out by “miscreants”.

“Security forces have reached the area and the operation to flush out the attackers is on,” he said in a WhatsApp media group.

AFP correspondents near the scene in Shahr-e-Nau, a commercial and residential neighbourhood, heard multiple explosions and gunfire, while Afghan media reported similar details.

Videos circulating on social media showed people climbing out of windows on the lower floors of the building, with the hotel’s sign in English and Chinese clearly visible.

Other videos showed huge flames coming out of another section with thick plumes of smoke.

A helicopter also made several passes of the area.

The hotel is popular with Chinese business visitors, who have flocked to Afghanistan since the return of the Taliban in search of high-risk but potentially lucrative business deals.

China, which shares a 76-kilometre (47 mi) border with Afghanistan, has not officially recognized the Taliban government, but is one of the few countries to maintain a full diplomatic presence there.

Beijing has long feared that Afghanistan could become a staging ground for minority Uyghur separatists in China’s sensitive border region of Xinjiang.

The Taliban have promised that Afghanistan will not be used as a base for militants and in return, China has offered economic aid and investment to rebuild Afghanistan.

Maintaining stability after decades of war in Afghanistan is a key consideration for Beijing as it seeks to secure its borders and strategic infrastructure investments in neighboring Pakistan, home of the China-Pakistan Economic Corridor.

The Taliban are at pains to portray Afghanistan as safe for diplomats and businessmen, but a suicide bombing outside the mission in September killed two Russian embassy employees in an attack claimed by IS.

The group also claimed responsibility for an attack on Pakistan’s embassy in Kabul this month, which Islamabad condemned as an “assassination attempt” against the ambassador.

A security guard was injured in the attack.

Despite having the rights to major projects in Afghanistan, notably the Mes Aynak copper mine, China has not pursued any of these projects.

The Taliban are counting on China to convert one of the world’s largest copper deposits into an operational mine that will help the cash-strapped and sanctions-hit nation recover.