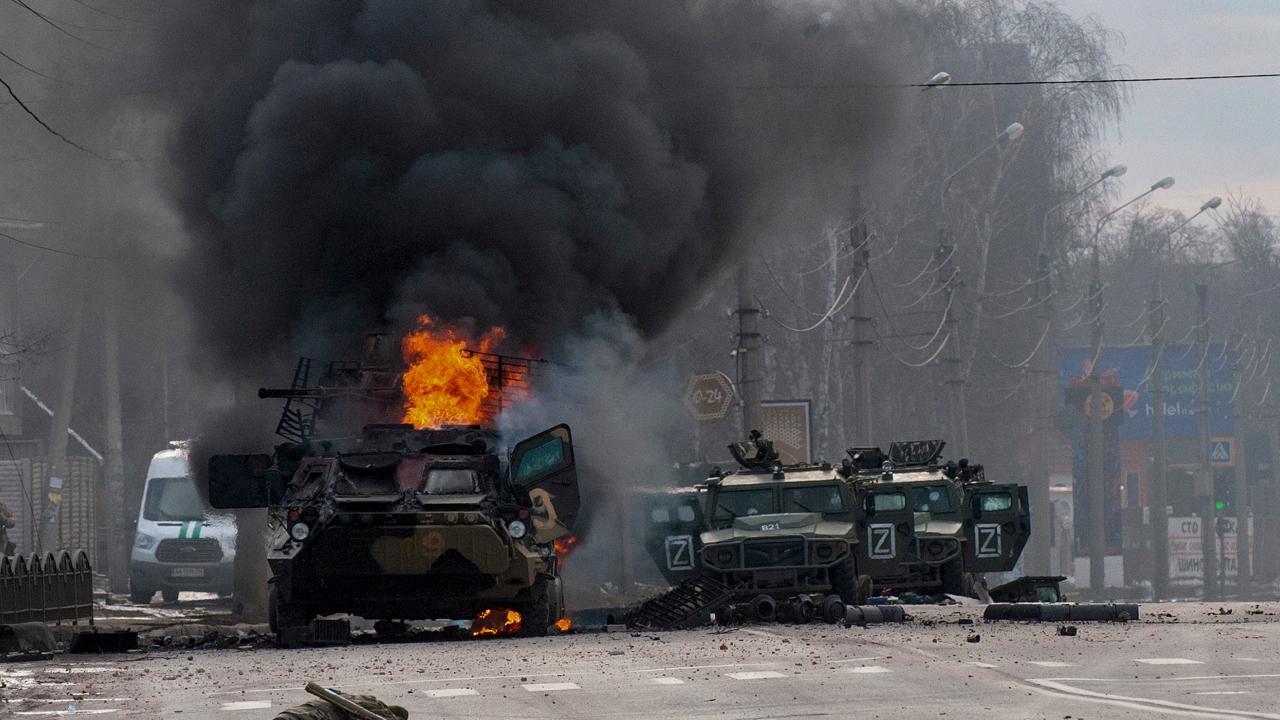 “The third and fourth explosions have now been heard near Kyiv’s Druzhby Narodiv metro station. Airstrike warning in Kyiv. Residents should immediately move to the nearest shelter,” the Kiev Independent reported.

Ukraine media outlet also reported that air strike warnings have been issued in Kyiv and Kyiv Oblast, Mykolaiv, Lviv, Zhytomyr and other regions.

According to The Kyiv Independent, a Ukrainian media outlet, “the city is surrounded,” said Kherson mayor Igor Kolyakhev.

On February 24, three days after Moscow recognized separate regions of Ukraine – Donetsk and Luhansk – as independent entities, Russian forces began military operations in Ukraine. Several countries, including the UK, US, Canada and the European Union, have condemned Russia’s military operations in Ukraine and imposed sanctions on Moscow. These countries have also pledged to help Ukraine with military aid to fight Russia.

The US, Canada and European allies agreed to remove major Russian banks from the interbank messaging system, SWIFT, meaning Russian banks will not be able to communicate securely with banks beyond Russia’s borders. President Putin has also signed a decree on special economic measures against the US and its allies.