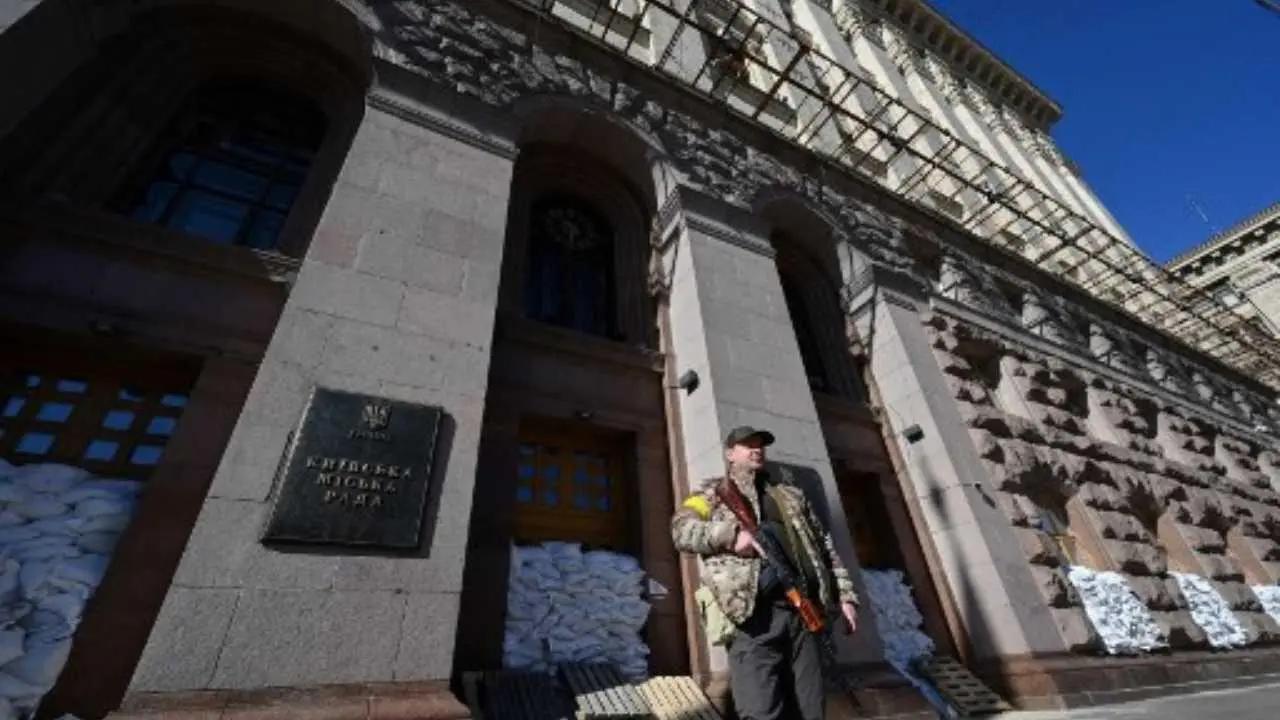 many areas of ukraineincluding its capital, faced a Russian missile attack on Thursday morning, the latest in a series targeting national infrastructure.
Air raid sirens rang out across the country. In Kyiv, the regional administration said air defense systems had been activated to stop the ongoing missile attack. Explosions were heard in the city.

Vitaly Kim, governor of southern Ukraine’s Mykolaiv province, said five missiles were fired over the Black Sea. The northern command of the Ukrainian military said two were downed in the Sumy region in the country’s northeast bordering Russia.

The Kyiv regional administration said fragments from a Russian missile damaged a private building in the Darnitsky district and a car parked nearby.
Thursday’s attack is the latest in a series of Russian attacks targeting critical infrastructure across Ukraine.

Moscow has launched such attacks on a weekly basis since October, causing widespread blackouts and power rationing.

After earlier attacks, the Ukrainian military reported shooting down incoming Russian missiles and explosive drones, but some still reached their targets, adding to the suffering of the population amid freezing temperatures.

After the latest wave of Russian attacks began on Thursday, authorities in the Dnipro, Odessa and Kryvyi Rih regions said they had cut off power to minimize damage to vital infrastructure if they were affected.

Earlier this month, the United States agreed to deliver Patriot missile batteries to Ukraine to boost the country’s defense.
The US and other allies also pledged energy-related equipment to help Ukraine withstand attacks on its infrastructure.