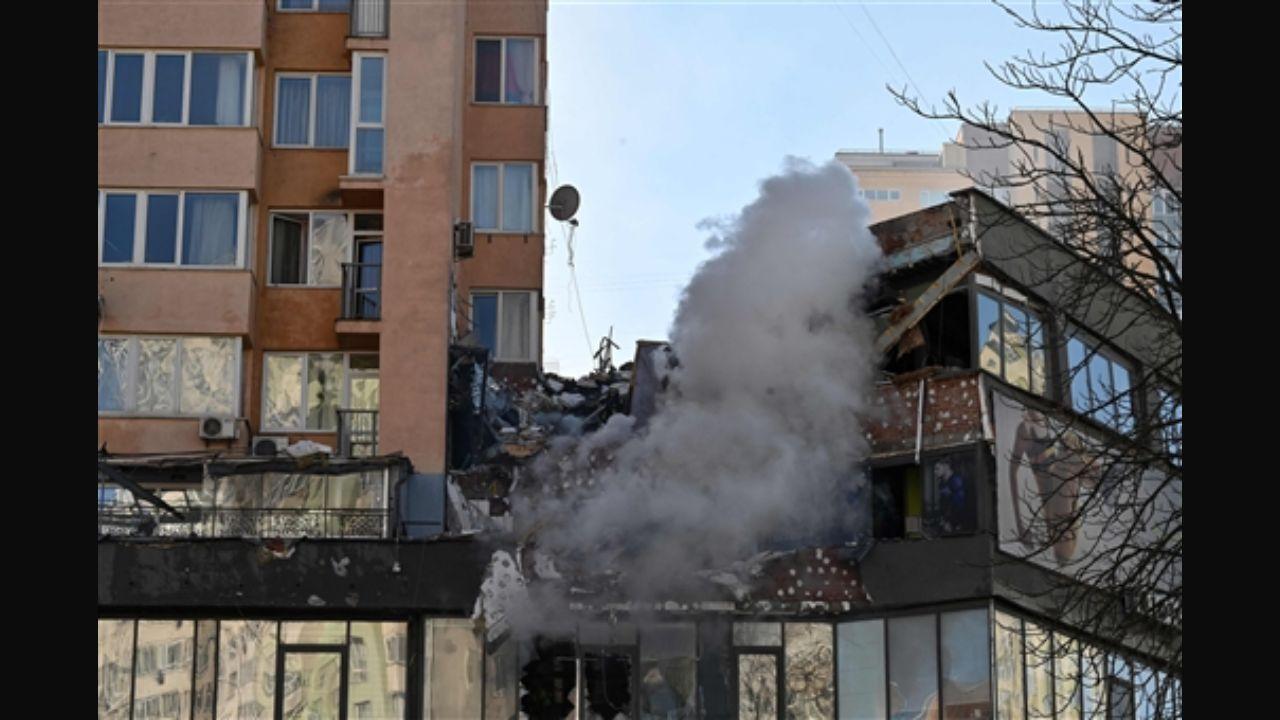 A destructive missile hit a high-rise building in Kiev on Saturday morning, amid ongoing clashes between Russian bombers and Ukrainian forces in the capital, the Daily Mail reported.

Emergency services said the number of victims of the attack in Zulyani district was “being specified” and an evacuation was underway. The report said the images show the tower block with a hole in which at least five floors have been blown to one side and debris scattered across the street below.

As the Daily Mail reports, this comes as a barrage of cruise missiles has also been launched by the Russian military against Ukrainian military facilities.

He said that since the start of Russia’s attack on Thursday, the military has attacked 821 Ukrainian military facilities, including 14 air bases and 19 command facilities, and has launched 24 air defense missile systems, 48 ​​radars, seven warplanes, seven helicopters, Nine have been destroyed. Drones, 87 tanks and eight military ships.

The Daily Mail reported that Major General Konashenkov claimed that Russian forces had taken full control of the southern city of Melitopol, about 35 km inland of the Azov Sea coast, and that Russia-backed separatists had made significant gains in the area east of the Donbass .

Meanwhile, the mayor of a city south of the capital says the country’s military has foiled a Russian attempt to take control of a military airport.

Natalia Balanasinovich, the mayor of Vasilkiv, about 25 miles south of Kiev, said Russian air forces landed near the city overnight and tried to seize the base. He said a fierce fighting took place on the central street of Vasilkiv, the report said.

He said that the Ukrainian army repelled the Russian attacks and that the situation is now calm.