TrendingBazz
Home Top Stories There is a huge difference between pre-2014 and post-2014 India: PM Modi 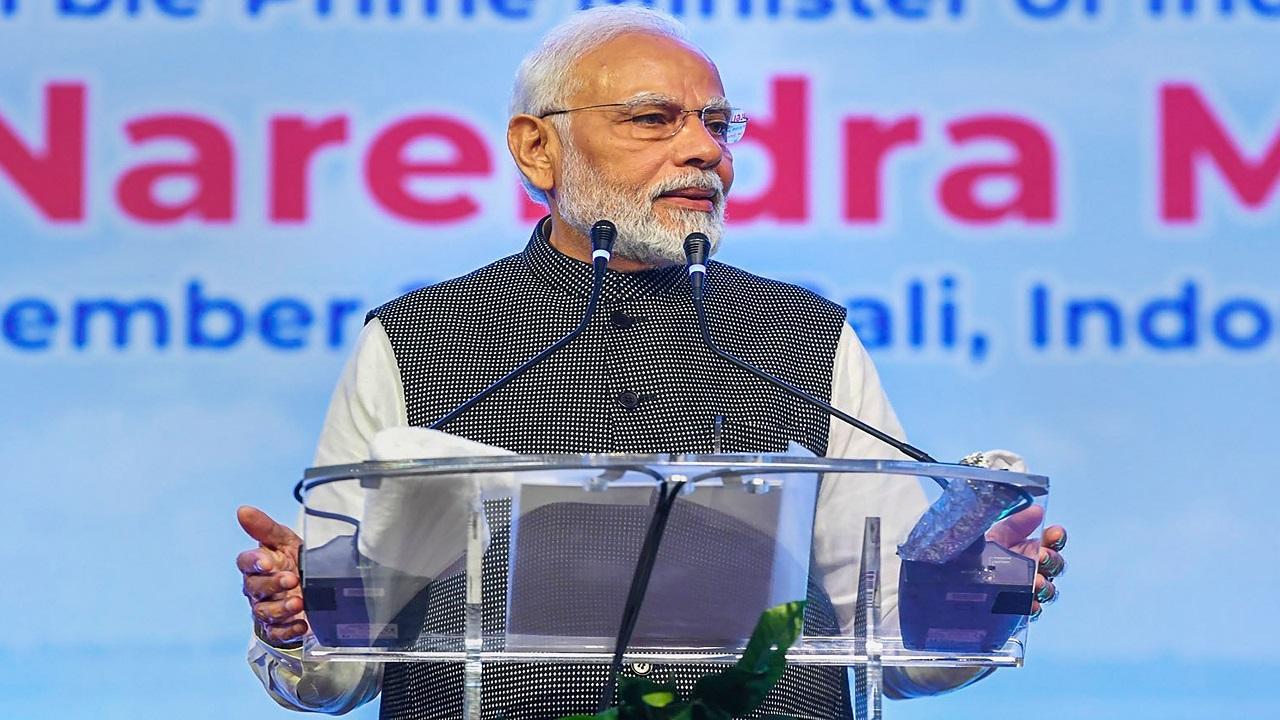 Prime Minister Narendra Modi on Tuesday asserted that there is a vast difference between pre-2014 and post-2014 India, saying the country is now moving forward at “unprecedented speed and scale”, as he underlined that It is now the fastest growing large economy. And got first place in many fields.

Addressing the Indian community at an event in Indonesia, PM Modi said that India is a ray of hope for the world in the 21st century.

Modi said there is a huge difference between India before 2014 and after 2014, the year his government came to power.

The Modi-led BJP government came to power in 2014. The ruling BJP came back to power in the 2019 general elections.

And this has been possible because “today’s India does not think small. Today’s India is growing at an unprecedented scale and pace”, he said.

“We don’t dream small anymore. Since 2014, we have opened more than 320 million bank accounts. More than the population of America,” he said.
Modi said Indonesia was fortunate to have got independence two years before India and India can learn a lot from Indonesia.

However, at the same time he said that in its 75-year-long development journey, there is a lot that India can offer to Indonesia as well.

PM Modi said, “India’s talent, technology, innovation and industry have made a mark for themselves in the world. Many big companies of the world today have CEOs of Indian origin.”

PM Modi is in Indonesia to attend the G20 Summit at the invitation of Indonesian President Joko Widodo.

India is currently part of the G20 Troika (current, past and incoming G20 Presidencies) which includes Indonesia, Italy and India.