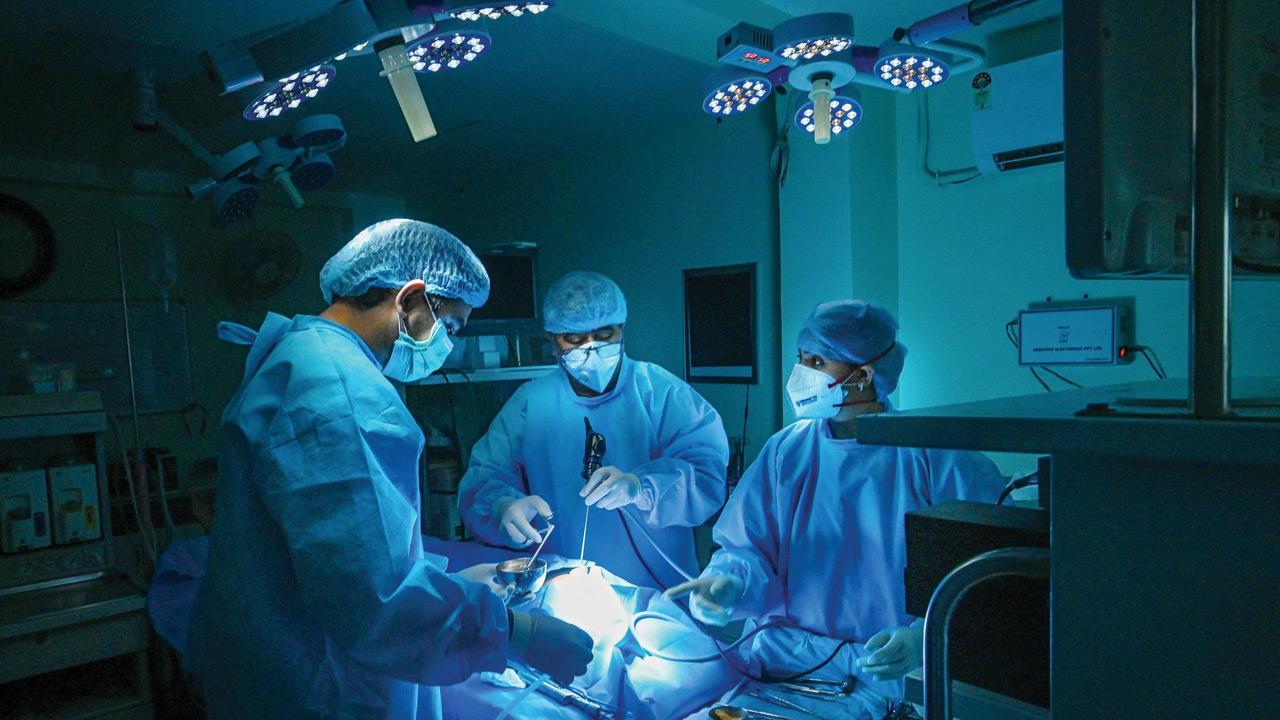 This is a very unusual looking tumor that is in the lower part of your spine,” I told Nilesh as I displayed his MRI scan movies against the glow of the viewing box. He was a high performing executive in his late 40s and used to wear a traditional white shirt and khadi pants. He came to the support of his doting wife, walking with a limp which was a sign of compression of the spinal cord. “I’ve been moaning in pain for the past few months and just unable to lie down,” he said, clearly struggling, his facial folds doubling down on each other. “For the past few weeks, he has been sleeping on a chair at night,” his wife said in Gujarati.

“Is this cancer?” He asked worrying about the diagnosis that most patients would be bothered by. Studying the morphology of this growth in half a dozen films, I said, “I can’t be a hundred percent sure, but it doesn’t look like it.” Whenever I watch each MRI sequence for longer than usual, I wonder if my patients begin to think that I am as clueless as they are, but I don’t mind expressing my uncertainty to them. “I think it’s a dermoid cyst in the spine,” I declared at last, wondering whether using technical terms would make any difference to them. “But does ‘skin’ have nothing to do with skin?” he asked in confusion. A surprisingly intelligent question, I thought.

So, I explained as simply as I could that when an embryo is formed, there is something called a neural tube that develops into the brain and spinal cord. This tube is then twisted, leaving the outer covering of the skin intact. If, due to some disturbance in the process, that outer covering is also included in the fold, the cells from which skin, hair and teeth grow, become involved in that particular organ and we call it dermoid or dermoid. Huh. Some patients thrive on technicalities and that was one of them. “So that means they can develop in any part of the body,” he said wisely. I shook my head and said that we often remove them from our mind too. “Why do I have so much pain when I lie down and less pain when I walk?” He continued. I briefly explained the fluid dynamics of the spinal cord and how it affects buoyancy, and I realized that my answer was a bit confusing. “I wonder if it’s a mistake in my stars,” he lamented, looking at the three glittering gems on his hand, which stood in stark contrast to his light pastel attire.

We went into more detail about the risks and perks of surgery and set a date a few days later. After gently taking her husband out, the wife came back. “I just want to tell you that she’s addicted to heroin for her pain, and I hope it won’t affect the operation in any way,” she said, waiting for an answer. No wonder he was asking so many questions, I thought to myself, and then, as I read, I remembered something: judge people by their mistakes and it’s us who lose almost as much as they do.

Three days later we “opened it”—a crude phrase we use, I know, but at least we did it smartly. We saw the bone covered the spine and opened it like a French door, to close it once we were done. His dermoid is spread over eight segments of the spinal cord, starting at a few segments above the lower end of the spine, called the conus (cone-like). All the nerve roots that emerge from the ends and provide function to the feet were occupied by the dermoid. When not afflicted with a tumor, this area (called the cauda equina) resembles the tail of a horse, specifically, the tail of a white horse, with a tuft of spiny nerve roots that line this gorgeous hoof. It is similar to the tail of a mammal. And even though I wasn’t a skilled equestrian, we had to preserve
Poonch.

We opened up the dura, the layer covering the spinal cord and nerve roots, and the dermoid almost leapt into the gap. I found it to be full of sebaceous putty material (the kind our sweat glands secrete), some hair follicles, and dead skin. We even found a tooth in it. Some fat cells and cholesterol were crystals of refractive luster. I felt as if a small child was watching through a kaleidoscope. It is spectacular how the unsightly remnants of skin, hair and teeth find themselves nestled among ancient nervous tissue, almost like the slums of Mumbai, encroaching among fancy highrises. After emptying all of the dermoid’s contents, I deftly peeled off its capsule from each nerve it had pushed to its side and removed it completely. The horse was back in the race. We closed the dura with a fine proline suture and fixed the bone of the spinal column with some short plates and screws.

She woke up from surgery moaning in pain and no amount of opioids could help calm her down. We waited a few hours hoping that he would feel better once he was back in his room with the family, but it seemed like there was no recourse; The screaming only got more turbulent. His wife took me to a corner. “I have some heroin on him, and if he gets it, he’ll be fine!” He advised me, knowing that he was clearly in withdrawal. I didn’t say anything, but gestured to him by slowly blinking my eyelids, which allows him to communicate without saying a word. The beauty of silence, as Richard Rohr points out, is that it frees you from the burden of thinking that your decision is necessary or important.

The next day, incidentally, I performed the exact same operation on another patient who, oddly enough, had the same tumor in the same spot, and she was fine after surgery with regular pain medication. I always wonder how different people perceive pain differently and where is the mistake.

Three months later, he moved in with his wife, his gait completely recovered. His MRI was clearly visible. His loving wife doubled as his physiotherapist and helped him regain strength in his legs. He was completely painless. “I hope you’ve given up your addiction now that you’re not in pain?” I asked him. “I have given up heroin because of my heroine,” he said in Gujarati, holding his wife’s hand.

The author is a practicing neurosurgeon at Wockhardt Hospitals and Honorary Assistant Professor of Neurosurgery at Grant Medical College and Sir JJ Group of Hospitals.