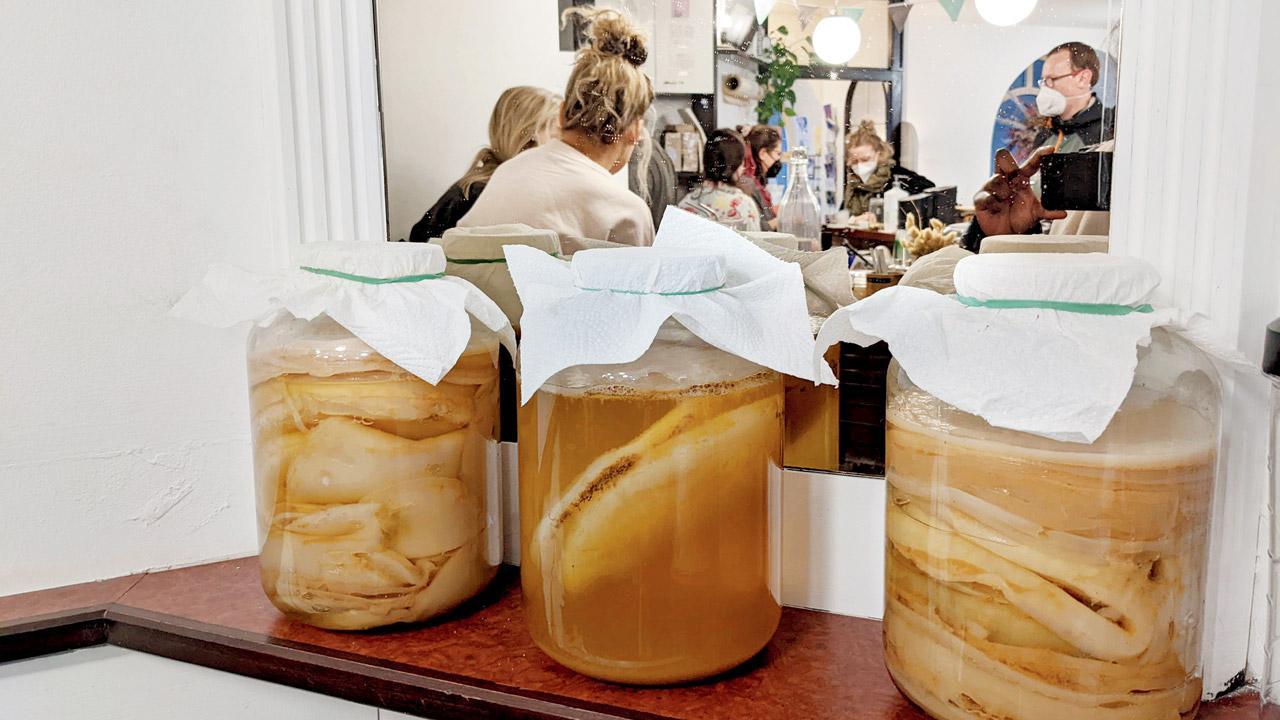 Yesterday I found out that the ninth month of my pregnancy will be short. In two or three weeks, a C-section will be scheduled and I will deliver the baby. Doctors agree that the 7-cm intramural uterine fibroid that I had surgically removed in 2017 did not bode well for a spontaneous birth. There may be a risk of breakage. I’ve been living with this possibility for a few weeks now and it has helped me mentally prepare for the peace that the process will probably demand from me. However, it still seems unrealistic. I still don’t understand what I am nurturing within my body, this child of flesh and bones and a potentially full spectrum of emotions will, before the end of this month, become sovereign, in which it is right now. Will also depend on me for nourishment but will be able to breathe freely. I’m wrapping my head around the implications of this gesture.

I read in an excellent feminist book Like a Mother by Angela Garbs that all forms of childbirth should be considered natural, that the division we create is false. I was wondering how many ways there are to be a mother, and how prioritizing one form over another limits our collective imagination. From adoption to surrogacy all forms of IVF to C-section to spontaneous delivery should be considered valid. This is not to downplay the value of reproductive labor, but to expand our concept of what motherhood is and can be, and how to make the act accessible to those who are reproductively has been challenged.

I’m also thinking about what it means to separate gender from motherhood, to think that women are not limited to sex, opening our minds to the revolutionary act of trans parenthood.

It also depends on what images we associate with motherhood. The pregnant belly is one iteration of an expectant mother, there may be many more, and I think this expansion of visual cultural expressions of what it looks like to ‘expect’ a baby is important if we are to reconsider That’s what revolutionary motherhood could be. I am considering this topic as the thesis I am developing as part of my ongoing residency at the Kunstlerhaus Buchsenhausen in Innsbruck. Last Friday, I hosted an event in which four invited cultural practitioners talked about the matrilineal aspects of their work.

I titled the event after my thesis, In the Name of the Mother, and introduced it by speaking about different definitions of ‘mother’, for example, the mother and also the reference to symbiotic cultures of fermentation. Think about how vinegar needs to retain the ‘mother’, or how kombucha needs to SCOBY. In Italian, the word for yeast is livito madre, mother yeast. In German, the uterus is called Gerbermutter; The first part – Gerber – referring to birth, while the placenta, the most important organ that grows to sustain the fetus in the womb and which is removed from the body after birth, is called Müterkuchen in German, which would translate to ‘Mother Cake’.

I sympathized with what I read about Rihanna’s reluctance until she met her current partner, A$AP Rocky. While she had always been sympathetic to motherhood, apparently she had not envisioned being a mother herself. It was the same for me. I always thought that if I regretted not completing a mothering business, I would happily adopt. Meeting my partner and finding myself in a loving, equal relationship in which I could ‘hold’ myself without fear of loss of control of my artistic agency, I decided to open myself up to the possibility of being a parent. decided. I remember telling my partner early in our relationship that I couldn’t promise him kids, that it was a decision I was still grappling with. At that point he responded by telling me how he respected it as my choice, and that he would stand by me in any way I could. It put a lot of pressure on me.

I remember a moment in autumn 2018, when he sent me a picture of a box of apples he had cut in his family plot. He told me then that each box weighs at least 200 kg. I remember literally looking out at the corridor between the trees and suddenly seeing the kids there, our kids. I think it was the first time I conceived of parenthood with anyone. The second time I clearly felt I was ready for motherhood was when I saw a photographic series by Friedel Kubelka in Salzburg in 2020 titled Life Portraits of Louise Anna Kubelka. Friedl Kubelka essentially decided to photograph his daughter every Monday from the time she was born until she turned 18. It is a splendid work that bears witness to the intensity of an artistic-maternal gaze. The third time I met again, like the first Lauryn Hill song, To Zion, a perfect composition that makes me tear up every time I hear it. In it, Miss Hill describes herself as the puzzle of being pregnant while her career was on the rise. But everyone told me to be smart / Look at my career He said / Lauryn, baby use your head / But I chose to use my heart instead. I think this is what revolutionary motherhood may ultimately be – a ‘heart-based’ profession, not necessarily always rooted in the biological or logical, but a form of creating a loving environment so that the other can feel their sense of . Persona.