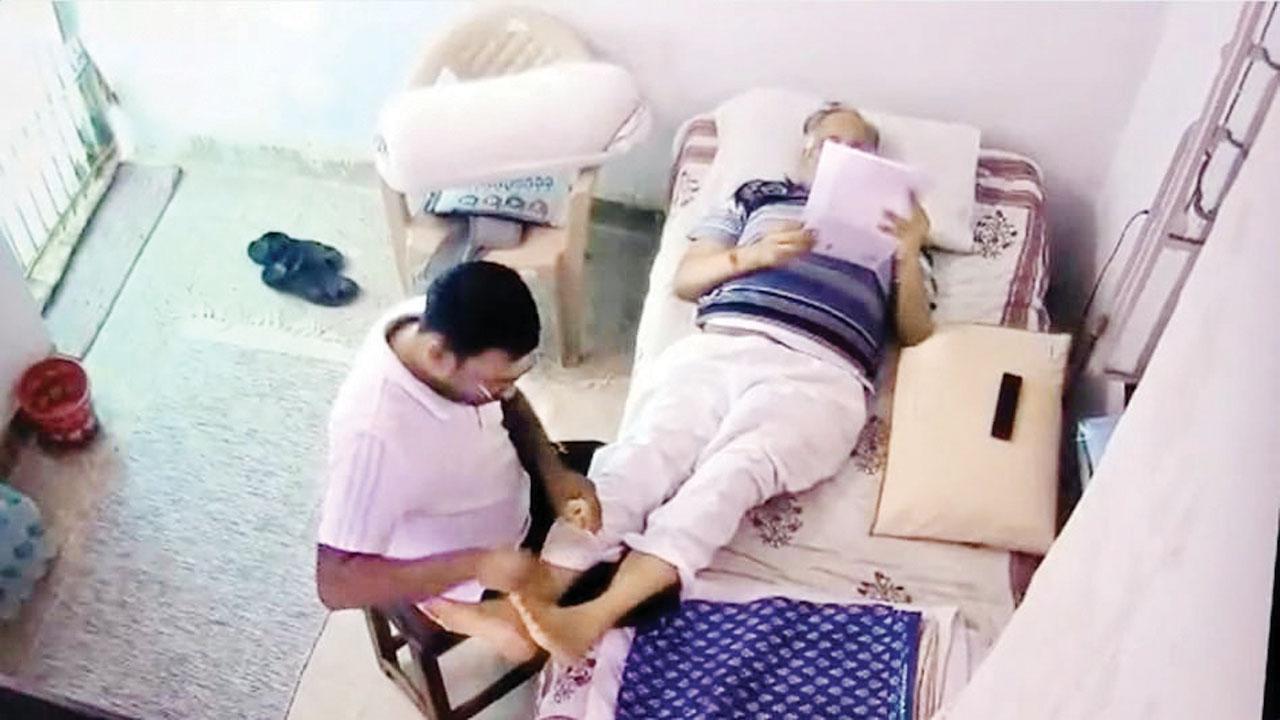 I was deeply saddened to read a few weeks ago about a minister in Delhi being attacked for absurd reasons. A respectable (is there really any other kind?) member of the political class, the poor guy has been in jail for reasons that don’t matter. I am saddened that what should have been an outpouring of sympathy from all those concerned with this unfortunate situation is being subjected to scorn and ridicule because of some leaked videos. The footage purportedly shows the minister being massaged in prison, possibly by another inmate, with other videos showing him being given special food according to his religious beliefs.

What does it say about us as a society when we have a problem with people getting massages in prison? What is wrong in feeding nuts to criminals? Are cashews and almonds banned? Where is our sense of humanity? I acknowledge that a very small percentage of our politicians may be intellectually and morally bankrupt, devoid of a conscience, and may be committed to a life of corruption at the expense of the constituents they represent, But should we paint the rest as potential villains who don’t deserve a simple massage in prison? If we continue down this path, soon we will stop taking care of old or sick prisoners and deny them basic human rights. Everyone knows that prisons in India are committed to respecting human rights, and this solid standard should not change because of a few heartless people taking up arms over massage.

This incident prompted me to consider writing a proposal to the government, suggesting special cells for politicians who had been arrested unintentionally for no fault of theirs. This may sound like a trivial exercise, but it is not when one takes a closer look at the criminal records of the people who represent us in Parliament. Some of them have also been accused of heinous crimes like genocide and have had their visas canceled by other countries for horrific crimes against humanity. Therefore, it is important that we consider the circumstances of these misunderstood people when they are finally moved from Rashtrapati Bhavan to Tihar Jail.

There should be a tier system for politicians which gives them specific services based on their age, number of years spent in dedicated service and obviously which party they belong to as we all know only some parties Only one requires special treatment. We can use this to our advantage by allowing journalists access to these special cells and assuring the rest of the world that we know how to take care of our criminals.

The one good thing that came out of the poor minister being harassed was his ability to turn to the law, and request that the media be prevented from running any footage from inside his jail cell. It sets a wrong precedent when criminals are not allowed to receive massages in the privacy of their prison cells, and I am sure the courts will do the right thing and treat this matter with other frivolous requests such as drinking cups for elderly inmates and Will give priority to this matter. People who have wasted their time in the past.

I believe a level playing field system will also assure future jailed politicians that they will not be unhappy, which will have a positive impact on the way they conduct their day-to-day business as representatives of Indians everywhere. Could This will help them pick and choose the parties they want to work for, and adopt the most suitable manifesto before the elections keeping in mind their long-term prospects. These special cells may also be offered as part of other package deals with which politicians are routinely wooed to five-star resorts every five years. This type of transparency has the potential to really transform our democracy and make it appear more authentic than it really is. The benefits for India on the world stage are incalculable. This is free PR that we are willfully ignoring.

The best thing I learned about the minister being unfairly attacked is how his health has improved in prison. Apparently, his lawyers erroneously claimed that he had lost 28 kg during his arrest, but an anonymous source helpfully informed the press that he had actually put on 8 kg. If this doesn’t urge other politicians to be more hopeful about life under imprisonment, I don’t know what will.

When he’s not boasting about all things Mumbai, Lindsay Pereira can be almost coquettish. He tweeted @lindsaypereira
Send your feedback to mailbox@mid-day.com
The views expressed in this column are those of the individual and do not represent the views of the paper.