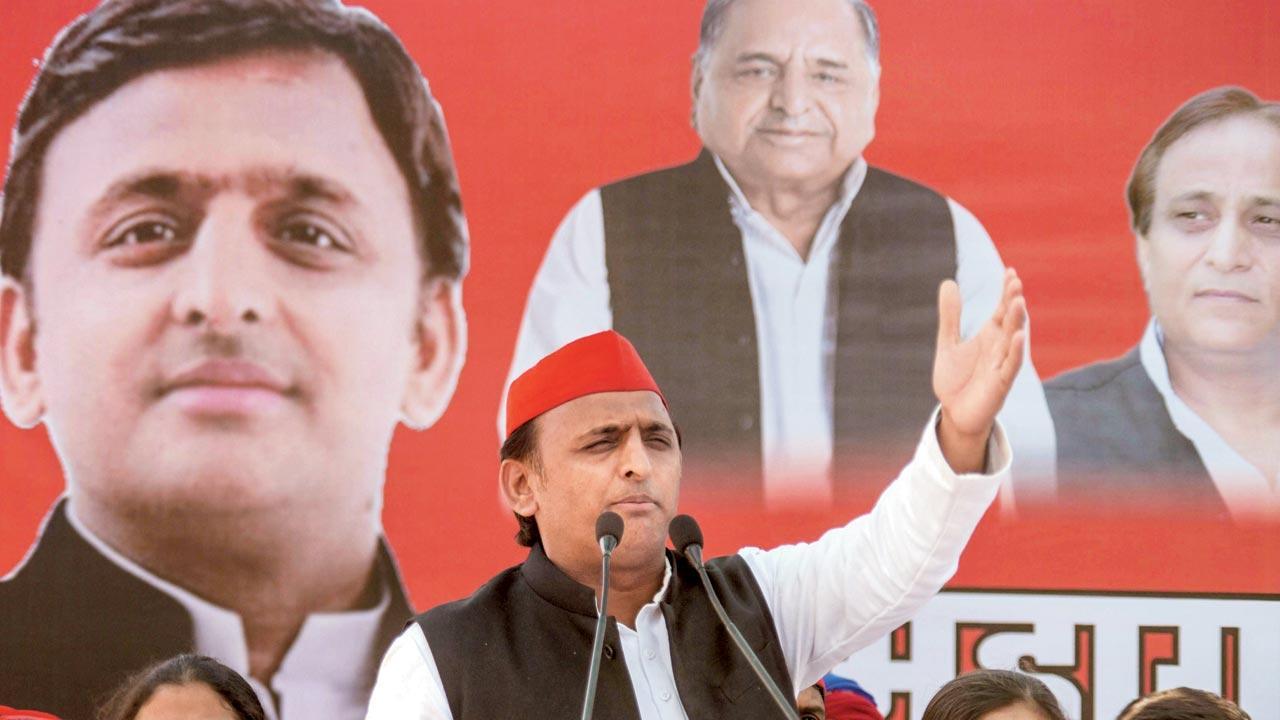 The departure of OBC leaders from the Bharatiya Janata Party in Uttar Pradesh causes OBC revolt against Hindutva supremacy. At the core of his unrest is the Rashtriya Swayamsevak Sangh’s opposition to casteism, but not the caste system, which it sees as a testament to India’s genius.

This is what Adityanath said in 2017: “Castes play the same role in Hindu society as they play in the fields, and help keep it organized and orderly.” A hierarchical social system based on the principle of inheritance thrives on symbolism. So it was that priests performed purification rituals at the chief minister’s residence, before its occupant Akhilesh Yadav, an OBC, and Adityanath moved there.

Hierarchical order also demands to be preserved. An example of a conservation strategy was the Adityanath government conducting an examination to recruit 69,000 assistant teachers. However, out of 69,000 assistant teachers, only 3.86 per cent were inducted through the OBC reserved category instead of the statutory 27 per cent. When the candidates protested in early December, the police lathi-charged them indiscriminately.

Another example is the Govind Ballabh Pant Institute of Social Sciences, Allahabad, which, during the recruitment of various faculty positions, did not find a single candidate suitable for the vacancies reserved for OBCs. An official of the National Commission for Backward Classes said it was “nothing more than a joke”. Social media users discriminated against the caste identity of the institute’s director Badri Narayan, who does not use his surname Tiwari to write newspaper columns. Deep drives caste division!

The OBC leaders have come to know of late about the BJP’s division and its tricks to rule them. The move dates back to 2001, when the then BJP government of Uttar Pradesh appointed Hukum Singh to distribute government jobs equitably among different castes, including OBCs. He divided the OBCs into Backward, More Backward and Most Backward. By linking each caste’s share in the OBC population to the percentage of jobs it had, Singh placed only the Yadav caste in the backward category and gave it 5 percent reservation. This was a mechanism to prevent Yadav from grabbing the largest share of OBC reserved posts.

There is no doubt that the Yadav caste held 33 per cent of the jobs as against the 19.40 per cent share of the OBC population. But the incidence of castes having more jobs than their share of the population was true even among Kurmis, Jats, Sonars and Gujars. Yet they were kept in the more backward class, in which 9 percent reservation was given. The plan could not be implemented as the then BJP government in the state had fallen.

Yet Singh’s exercise, flawed though, enabled the BJP to spin the narrative that the Yadav leadership of the Samajwadi Party gathered OBC votes to come to power, but only patronized its own caste members. The narrative gained momentum when, in 2018, Adityanath appointed the Raghavendra Committee, which included groups such as Yadavs, Kurmis, Jats and Sonars in the Backward Classes and gave it 7 per cent reservation. There was 20 percent reservation for the most backward and most backward classes. Fortunately, they did not have to compete with the dominant castes for reserved jobs, and they united behind the BJP in 2019.

Informed analysts never imagined that Adityanath would implement Raghavendra’s proposal, as no government can separate the three major castes—Yadavs, Kurmis and Jats—and still rule. They could not be matched to compete for 7 percent instead of 27 percent of jobs. Nor did the BJP want to anger the party’s staunch supporters Jat and Kurmi in 2019.

Adityanath’s failure to implement Raghavendra’s report has made Adityanath feel more backward and most backward, fueled by the BJP’s discriminatory policies in appointments to government jobs and the discriminatory policies it deals with the peasant movement. Agriculture is the core occupation of many OBC communities, who have also felt the sharp edge of a shrinking job market, sharp price hikes and COVID-19 mishandling.

No wonder most of the leaders who have left the BJP are from the more and most backward OBCs. Akhilesh has also forged alliances with six parties representing different OBC segments. The emerging OBC consolidation in Uttar Pradesh has employment as its key driver. It is impossible for Akhilesh to meet his demand for jobs through the 27 per cent quota, which he cannot divide as it will adversely affect his Yadav caste.

This is why Akhilesh has been vocal for conducting a caste-based census and allocating jobs in proportion to the share of SCs, STs, OBCs and upper castes in India’s population. This demand can no longer be stopped by the Supreme Court citing the mandate of 50 per cent on reservation, as the Modi government removed this limit to give 10 per cent reservation to the economically weaker section. The support of the upper castes for this measure will now persecute them.

BJP’s huge base and its Hindutva campaign can still see it winning in Uttar Pradesh. Yet the demand for distribution of government jobs based on the population of different categories of castes would likely turn the unrest among the OBCs into rebellion. If Akhilesh wins, as he had said in 2017, he will use the fire brigade to sprinkle Ganga water at the chief minister’s residence. It would be some symbolism.