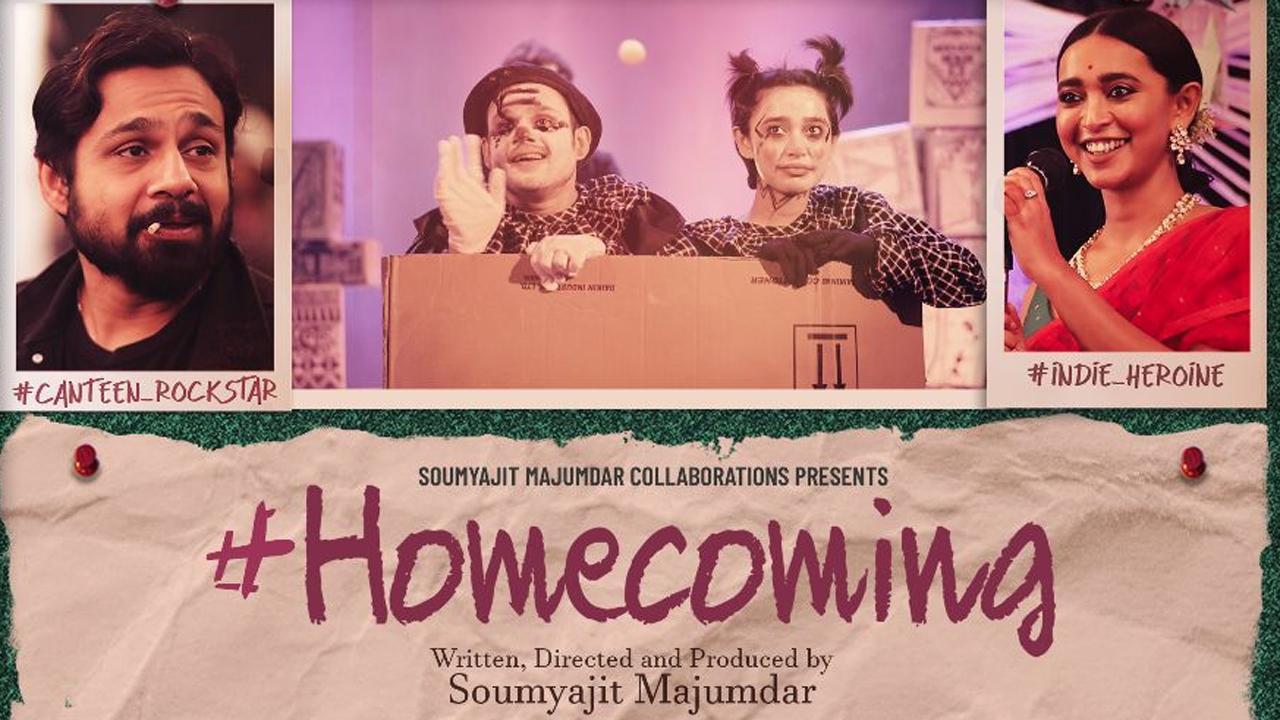 The film is written, directed and produced by Soumyajit Majumdar, who made his directorial debut with this 90-minute feature.

The plot revolves around a group of friends from Kolkata who reunite after 7 years on the occasion of Durga Puja at their old theater rehearsal space, which is in danger of being converted into a heritage hotel.

The film is considered a unique cosmopolitan film, with dialogues in Bengali, Hindi and English, so that it can appeal to audiences from all walks of life.

The first look poster has captured the life of a regular college theater group, with glimpses of their college life and how theater played a huge role in it. It also gives an insight into the ‘City of Happiness’ of Kolkata from a first glance. It also used short hashtags to briefly describe each character in the film.

Talking about the film, director Soumyajeet said, “The indomitable spirit of a dream team with the best of Bollywood and Tollywood as part of a group of over 30 actors, a national and international award winning crew is the driving force behind it. Shakti is my first film #Gharwapsi. This musical was an experience of a lifetime for all of us. Misfit’s love and passion towards the film will be reflected on screen. Reunion, friendship and return have found a home in #Gharwapsi. “

Adding to her thoughts, Sayani Gupta said, “#Gharwapsi is really special for many reasons..Working in Kolkata at the end..Working with old friends and creating something new. Soumyajeet is a force to be reckoned with. Glad that I am a part of his debut film. This film has been made with immense love and undeniable passion.. and I hope it is able to reach as many people as possible.”

She talked about her character in the film, “I play the role of Mr. Mr. Prem. She is the woman you cannot look past and end up with. You will know when you watch the film. What do I mean.”

Plabita Borthakur said, “Working on this film was special because of the cast and crew, so many amazing actors coming together. It was also my first shoot in Kolkata, one of my favorite cities. I loved the spirit of the film and the The spirit of the film is love. Filmmaker. I was excited about it ever since I read the script and when it all came together it was beautiful. I love my character Nargis, she is very much like me. Although I love poetry Was a little nervous about it”.

The film is presented by Soumyajit Majumdar Collaboration and is a public production. In 2019, `#Homecoming’ was also selected for the NDFC Lab, South Asia’s largest film market collection.

The film is all set to release on February 18 on SonyLiv.