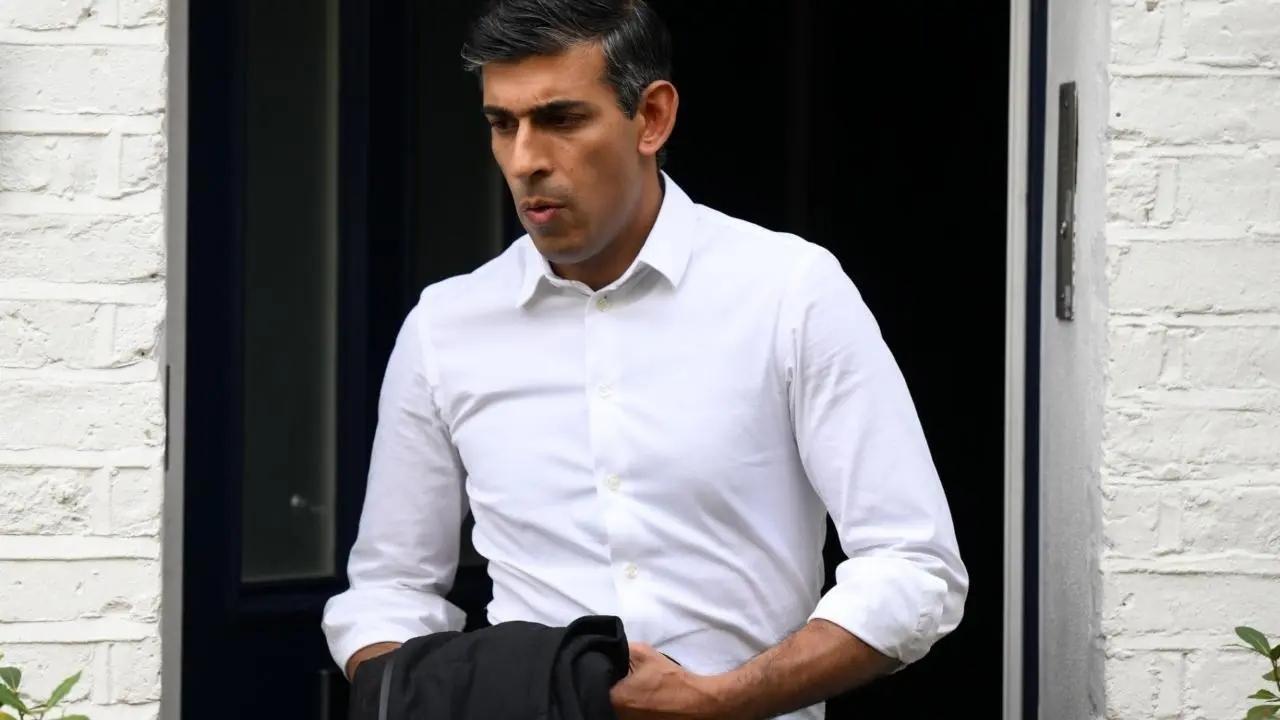 Rishi Sunak has formally taken over as Britain’s first Indian-origin prime minister after an audience with King Charles III on Tuesday, a day after he was elected the new leader of the Conservative Party in a historic leadership race.

Outgoing Prime Minister Liz Truss chaired her last cabinet meeting at 10 Downing Street on Tuesday morning before heading to Buckingham Palace to formally tender her resignation to the 73-year-old monarch.

Sunak then arrived at the palace for his meeting with the king, who invited him to form a government as Britain’s 57th prime minister and the monarch’s second in just six weeks.

The 42-year-old former Chancellor of the Exchequer, a devout Hindu, is the youngest British prime minister in 210 years. He is also the first Hindu Prime Minister of Britain.

Also read: In pictures: 6 facts about Indian-origin Rishi Sunak who has been elected as the PM of Britain

“The UK is a great country, but there is no doubt that we are facing a profound economic challenge,” Sunak said in his first address as elected prime minister on Monday, in a reference to the economic turmoil. Which he has inherited after former Prime Minister Liz Truss. The disastrous tax-cut mini budget last month.

“What we need now is stability and unity and I will make it my top priority to bring my party and our country together, because that is the only way we will be able to overcome the challenges we face and be a part of our children and our children.” We will be able to build a better, more prosperous future. Grandchildren. I pledge that I will serve you with honesty and humility and I will work day in and day out for the British people,” he said.

Sunak’s victory on Diwali is resonating among diaspora groups across Britain, who see it as a “historic moment” in British social history.

“It is a historic moment for Rishi Sunak to become the first British Indian prime minister. It was not possible even a decade or two ago,” said Sundar Katwala, director of the British Future think tank.

“But we should not underestimate this important social change. Sunak was born in Southampton in 1980, a post-war era with no Asian or black parliamentarians. Even when he graduated from university in 2001, none There were no black or Asian Conservative MPs. Rishi Sunak, set to become prime minister during the coronation of King Charles III next spring, tells an important story about our society, where we have come from and where we are in the future. are going,” he said.

The Archbishop of Canterbury urges Britons to pray for Sage Sunak as he enters Number 10 Downing Street in turbulent times.

Justin Welby wrote on Twitter, “In a time of great difficulty and uncertainty for this country, please join me in praying for Rishi Sunak as he takes on leadership responsibility.”

“Let him, and leaders of all parties, work to bring about unity and provide stability to those who need it most,” he said.

Sunak’s victory in the Tory leadership race comes at the end of a dramatic few days at Westminster as Liz Truss resigned last Thursday in the wake of a disastrous tax-cutting mini-budget and several policy U-turns.

Former Prime Minister Boris Johnson found himself out of competition over the weekend and Commons leader Penny Mordant conceded defeat just moments before the shortlisting deadline on Monday, paving the way for a remarkable political comeback for Sunak – the truce After losing the Tory membership vote just last month.

However, his popularity as a frontrunner among his party colleagues resurfaced as more than half of Tory MPs publicly came out in support of him. He now faces the enormous challenge of steering the UK economy through massive inflationary turbulence and uniting the various wings of a divided Conservative Party.