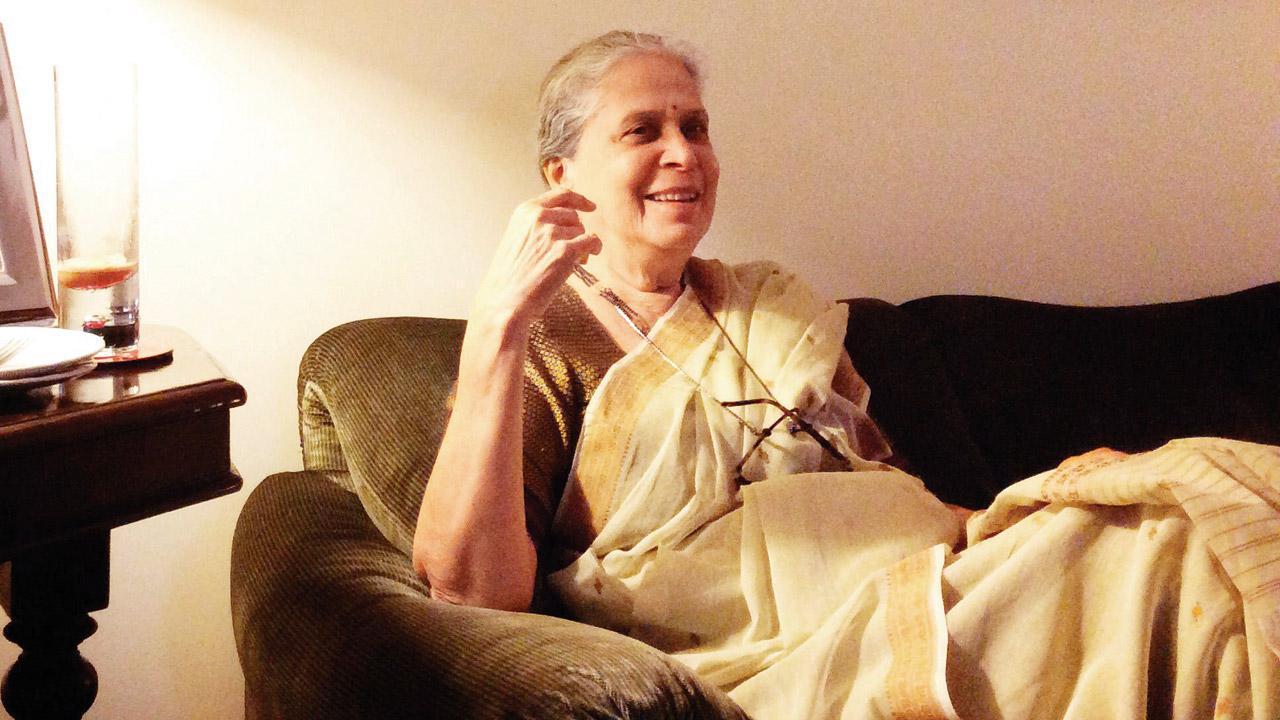 Five days ago when I ate my oatmeal breakfast, I stopped to post Raghu Karnad, a photographer and journalist, on my Instagram feed. He was with my friend Maria Aurora Couto, and it was great to see them together. I was well aware of her love for Raghu, she would often talk about him and her friendship with her late father, Girish. I started looking at the caption accompanying his post and thought I was blown away. Behind every sentence was a hint of the past. Why was he referring to her as if she was no longer with us?

Maria and I were last in contact in September, when Rati Bartholomew passed away. But he has been a constant in my life since 2010. She was among the first few close friends with whom I shared the news of my pregnancy. “Both of my sons are March babies,” she wrote to me. Just a few days ago I was thinking of emailing her, not only to send a happy new year but also to share with her the pdf of my latest published essay which describes my grief around the death of our mutual friend Margaret Mascarenhas. But it stood. When M died, Maria and I felt her emptiness quite uniquely, because the three of us were like an informal entity. We would often meet whenever I was in Goa, on Maria’s veranda, usually over the beer and whiskey and excellent cheese toast that her Nepalese cook, Bahadur, would make us.

Once it sank so Raghu’s post was actually announcing Maria’s passing, I was crushed with grief. Trying to calm myself, I thought I had met Maria ‘in real life’ for the first time. It felt like an incident. When I was doing my Masters in JNU, I chose to give a presentation on his book Goa: A Daughter’s Story. It was a life changing experience for me to read the book and get seriously involved with it. Describing my family entanglements with Goa, I was able to discover my Goan heritage, particularly as someone who was not only born outside Goa but who grew up in Mumbai, and who Unlike other Bombay Goas, did not get to spend pleasant summer holidays in the motherland. The details of Maria’s daring personal revelations and her attempts to trace her lineage and draw parallels between her self-hood and the history of Goa felt so exciting and audacious. In 2009, I spent several months in Goa with my sister and I wrote several blog posts about my experience. One of them, titled Roots, was one of the most moving works I’ve written about my relationship with Goa.

I met Maria at the first edition of the Goa Arts and Literature Festival. I was visiting with Pablo, who was an invited guest. As we were walking somewhere, we passed Maria, who recognized Pablo, whose mother, Rati, she knew in Delhi. I was clearly star-struck when I realized I was in Maria Aurora Couto’s aura. I was mostly silent, although I was introduced to him at some point. In a moment she asked me if I was Rosalyn D’Mello, to which I shyly replied yes, though I was confused as to why my name would mean anything to her. She immediately began to tell me how she remembered my creation, Roots, and how much she loved it and thought, while reading it, there was finally a new kind of voice announcing itself on the Goan literary scene. Was being He gave us his number and invited us over for lunch, making sure I would be there too.

Over the years we have developed an independent relationship. He had a sixth sense as to when I would be in Goa. She would text immediately, saying that she had ‘heard’ it on the vineyard, and when I could see her, and we were soon planning our time together, usually around dusk. Margaret and I would meet at Aldona and then go to Maria’s. We talked for hours while the sun went down and the birds announced the beginning of twilight.

We nurtured each other as writers. We shared our insecurities with each other, our deepest weaknesses. We also depended on each other’s verification. I remember at the beginning of the new year, we had a few pre-Christmas phone conversations; She said what she admired the most about me was that I didn’t take myself too seriously. She said it was a quality that made me so relatable and always approachable. And it’s this response that I find myself revisiting over and over again. If she hadn’t had a terrible collapse at the release of my book in 2015, she would have been on stage with Margaret and me. In early 2019, when Margaret was still alive and I was contemplating my court marriage in Goa, she jumped at the prospect of me being a witness. When I finally shared my wedding photos in Sudirol she gasped at the beauty I was surrounded by. This is heaven, he wrote.

I still can’t find it to write an obituary for him. She feels so alive, yet, in my inbox, in my WhatsApp chats, in my memories… I know the strange sadness that comes next time I visit Aldona… my two To dearest writer friends who were, often, my reason for coming and being—Margaret and Maria—no longer in the flesh. I am invaluable to the unwritten legacy of our inter-generational friendship that has been so fundamental to my personality. Rest in peace and give strength to my dear Maria.