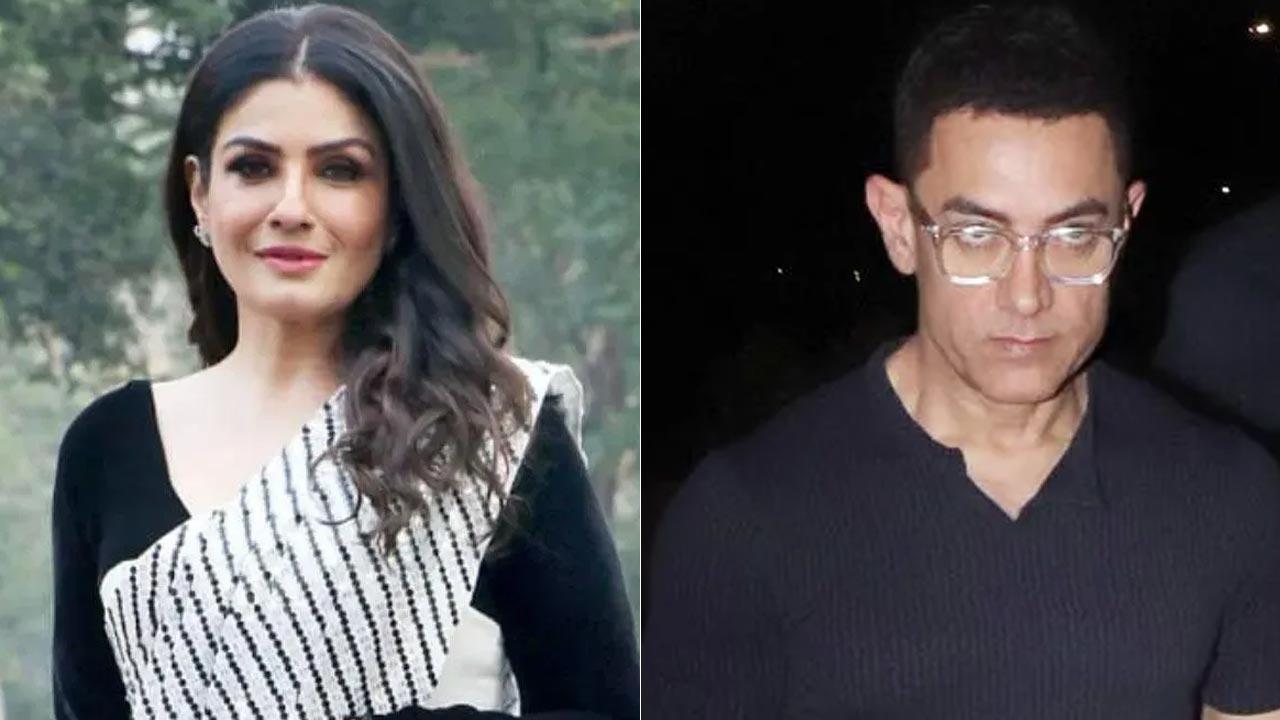 Bollywood actress Raveena Tandon took a walk down the memory lane and recollected moments during the shooting of the comedy film Andaz Apna Apna with superstar Aamir Khan.

In the upcoming ‘Top 8 Contestant Special’ episode of ‘Sa Re Ga Ma Pa’, Raveena will be seen as a special guest.

Raveena too got nostalgic and revealed how Aamir played a hilarious prank with her during the shoot of ‘Andaz Apna Apna’ and how she got back at him.

As Raveena revealed: “I still remember, Aamir and I were shooting for Andaz Apna Apna on a horse carriage. It was a really funny scene, however, little did I know that Aamir’s Along with the whole unit is planning a prank. I was sitting inside the car and Aamir was standing behind me while I was getting my makeup done.

“He asked for a cup of tea and suddenly, I saw this cup of hot tea falling from his hand and coming in my direction. I panicked and I immediately tried to duck, only to realize that It was a prank. The cup was empty, and it was tied with a thread to the plate.”

He continued: “While everyone was laughing at my expense, I was no less. I gave it back to Aamir during the same sequence. At the time, there was no vanity van, so enough for Aamir to use. Had to walk to the toilet for a long time.

“While he was away, due to weather conditions, our director Rajkumar Santoshi ji asked us to pack for the day. However, I asked Master Saroj ji to give Aamir a hard move and let him practice that step inside the car. requested to do.

“He did what was instructed, but he soon realized that I was resting, and that he was practicing alone. He realized after 30 minutes that he was joking. Every time I used it When I think about it, it brings a smile to my face even today.”