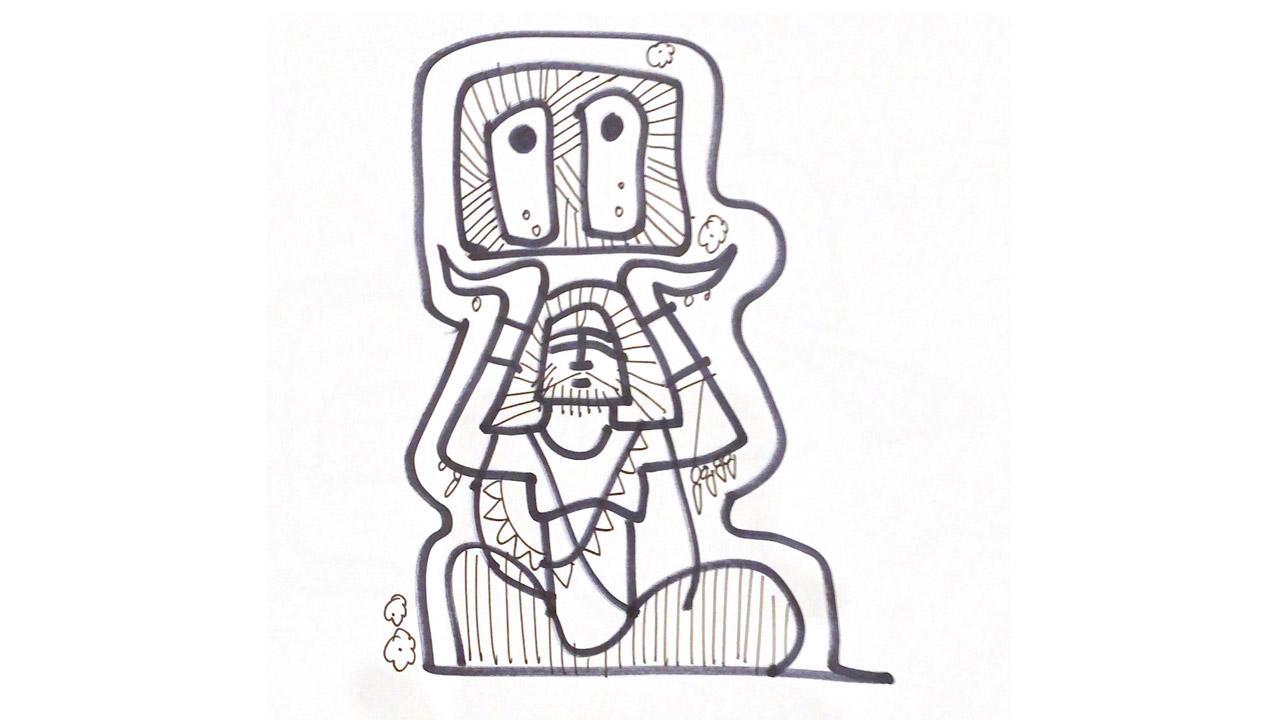 The story of the Ramayana traces back to the Vedic world that flourished in the Gangetic plains between 1,000 CE and 500 CE, although the story itself was written between 200 BCE and 200 CE. The Buddhist Jataka tales written at the same time also tell stories that are curiously similar to the plots of the Ramayana. Scholars debate whether the Jataka tales influenced the Ramayana or the other way around. Such debates will never end as the debate is full of political subtexts, and tensions between the followers of Hindutva and Navayana ideologies. Be that as it may, it is always fascinating to explore the Jataka tales that remind us of the Ramayana.

In Dasaratha Jataka, a king had three queens and four sons. He feared that his ambitious second queen had planned to kill his eldest prince, his firstborn. Therefore, he ordered the eldest prince to go to the forest and not return to the palace for 12 years. The astrologers had predicted the death of the king after 12 years. So the eldest prince will return in time to claim his birthright. The eldest son promised to do as his father ordered. Unfortunately, the king died nine years later. In the absence of the eldest son, the second queen declared her son the king. But the little prince refused to be an opportunist like his mother. He argued that such an action would show a lack of integrity and destroy the royal prestige forever. The younger prince then went to the forest and asked the eldest prince to return and claim his throne. But the eldest prince said that he would return three years later only after spending 12 years in the forest, as he had promised his father. It was a question of royal integrity and prestige. Therefore, for three years, the younger prince reigned as regent, placing the eldest prince’s shoes on the throne, awaiting the return of the rightful king.

In Sambul Jataka, a prince gets a terrible skin disease and hence, has to leave the city and go to the forest. His wife accompanies him to take care of him. One day, a demon sees the beautiful wife and kidnaps her. She is not so disturbed by her kidnapping as by the thought that there will be no one to look after her husband. This wife love impresses Indra so much that he descends from heaven, fights the demon and frees the wife so that she can return to her husband. Meanwhile, the husband gets angry with her and asks her the reason for her disappearance. He refused to believe the story of the demon and Indra and accused him of adultery. If I am true, then the wife says, Let my husband’s skin be cured. Immediately, the prince recovers from his condition. Delighted, he returns to the city with his wife. There he becomes the king and forgets all about his faithful wife surrounded by royal pleasures, until his elders advise him to respect the wife who always stood by him.

Finally, in Sama Jataka, we hear of a king who accidentally shoots the only child of a blind couple. While in the Ramayana, the blind couple curses King Dasharatha, in the Jataka, the parents forgive the king and as a result of their compassion, their son comes alive and his eyesight returns.