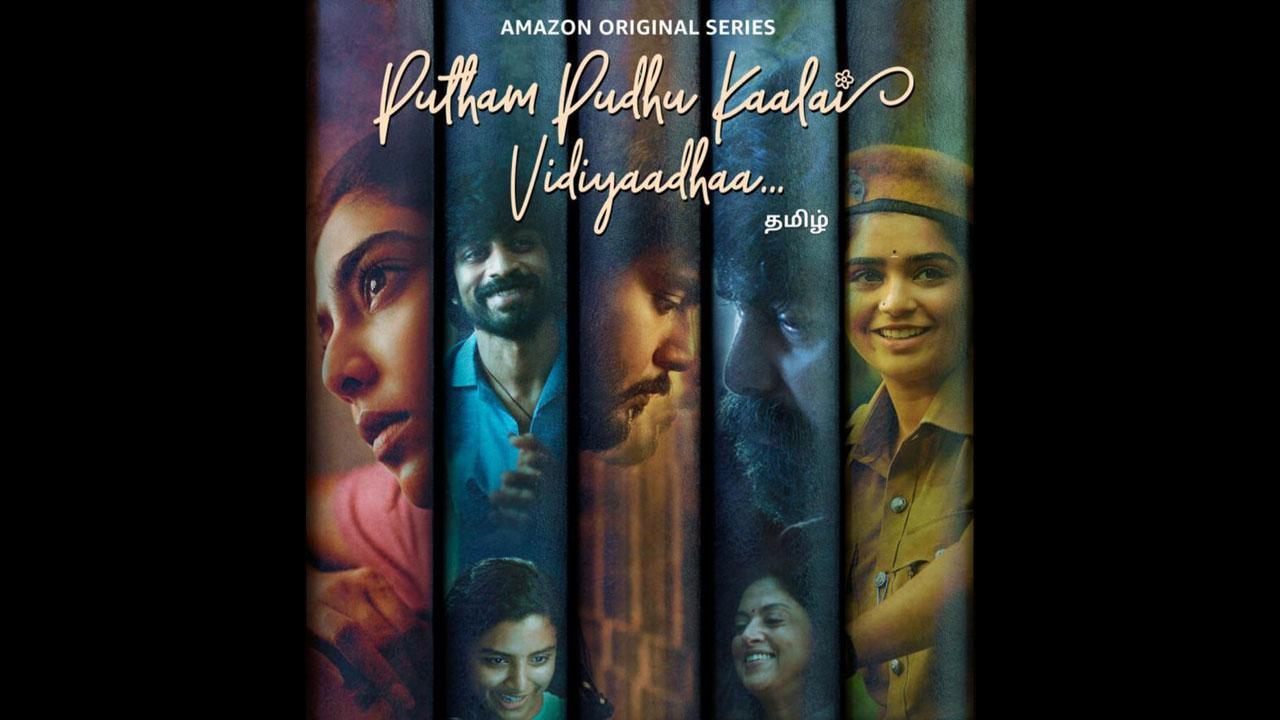 After the release of Tamil anthology Putham Pudhu Kalai, audiences have loved the second part of Putham Pudhu Kalai Vidhyadha… released on 14 January 2022 on Amazon Prime Video. The director is very excited to show the stories to the audience as it is very much related to the individual experience of every human being during the lockdown. The story describes the lockdown in a positive way rather than just thinking about the adversities.

talking about the inspiration for their stories that are featured as part of the anthology; Director Balaji Mohan, who directed ‘Mugakawas Mutham’ in “Putham Pudhu Kali Vidyadha…”, shared that everyone was affected in different ways during the lockdown. Stating that it was difficult to ignore people’s hardships and create something, the director said at the same time, one cannot think only of difficulties and make one’s life miserable.

An artistic wit is something that sniffs out the need of a story to reach its audience where they can find themselves. Balaji said the duty was on him to find a ray of hope even in difficult times and added that the purpose of an artistic creation should be to share it with the people.

“I felt it was the actors’ social responsibility. I thank Amazon Prime Video for giving me the opportunity to do this. Audiences who have seen this film will be able to relate to it and I think this is the path for this film.” Will pave the way for ‘success,’ said Balaji.

The biggest desire of the creators is to create a story for the audience despite facing all the challenges during the shoot. Director Halita Shamim who directed ‘Loners’ in “Putham Pudhu Kali Vidhyadha”, said that the fact that he narrated a story that was really close to the audience gave him immense pleasure. Unlike what happened during the first lockdown, the director said “it was easy to tell the difficulties people were facing during the second lockdown.” When we started filming, the lockdown was over. We recreated the lockdown and shot the film. In other words, we recreated the lockdown,” she said. The director pointed out that during Corona, people got used to mobile phones and video calls. It was pleasantly challenging to portray, she said.

Director Madhumita, who directed ‘Maunam Parvayi’ in “Putham Pudhu Kali Vidyadha”, said that people faced a lot of difficulties with regard to communication during Covid. There were restrictions on contact with family members who were within one’s home, and contact with friends and guests who were outside. There have been many difficulties in keeping in touch over the past two years. All these formed the basis of ‘Maunam Parvai’. I consider it an honor to work on Putham with my fellow directors Pudhu Kalai Vidyadha…

After the success of the first edition, Putham Pudhu Kalai Vidyadha… promises to enthrall the audience with a heartwarming story that celebrates the spirit of resilience and grit in the face of adversity. The five-part compilation was released this Pongal on January 14 on Amazon Prime Video in India and in over 240 countries and territories around the world.