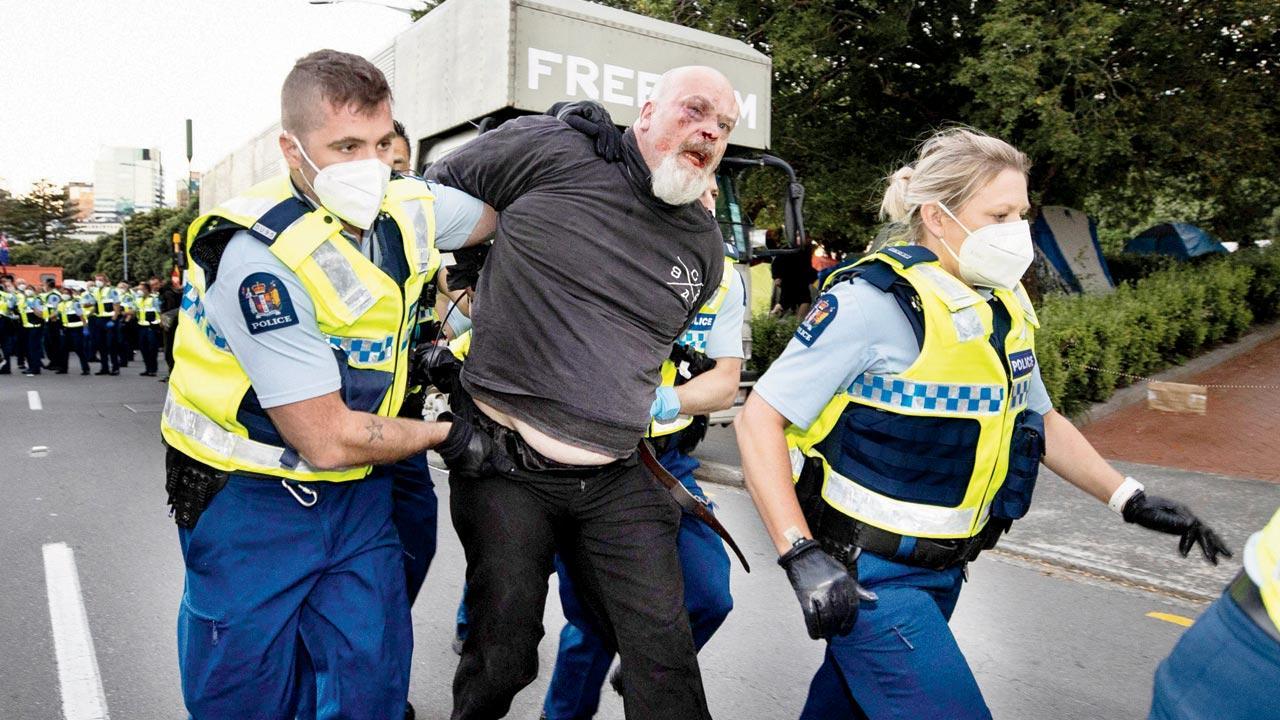 A demonstrator drove a car toward a New Zealand police line, narrowly escaping officers, while other demonstrators sprayed a stinging substance at officers, police said on Tuesday, as they tightened a cordon around a convoy who was camped outside Parliament for two weeks.

A day after clashes in the capital Wellington, police said some protesters had thrown human excreta at them.

Assistant Commissioner of Police Richard Chambers told reporters that the actions of some protesters, who oppose the coronavirus vaccine mandate, are unacceptable and will be dealt with strongly. “Our focus remains on doing our best to open the streets to the people of Wellington and restore peaceful protest,” Chambers said. “The behavior of a certain group within the protest community is absolutely shameful.”

Prime Minister Jacinda Ardern said the protesters had taken things too far and needed to return home. “What is happening in Wellington is wrong,” she said.

The latest clashes began after about 250 officers and staff arrived at dawn and used forklifts to move concrete barriers into a tight circle around the cantonment, where hundreds of cars and trucks blocked city streets. Police this week used barriers to allow protest cars to pass but not allow anyone to enter.

Canada’s lawmakers voted on Monday night to expand the emergency powers that police can enforce to restart any possible blockade by those protesting COVID-19 restrictions. MPs in the House of Commons voted 185 to 151 to confirm the powers.

Prime Minister Justin Trudeau said earlier that powers were still needed despite police ending the occupation of the nation’s capital by truck drivers over the weekend and a border blockade before that. Emergency Preparedness Minister Bill Blair said the protesters were “going for the life of this nation, which is trade with the United States.”
The Emergency Act allows police to freeze truck drivers’ personal and corporate bank accounts and get tow truck companies to turn away vehicles.