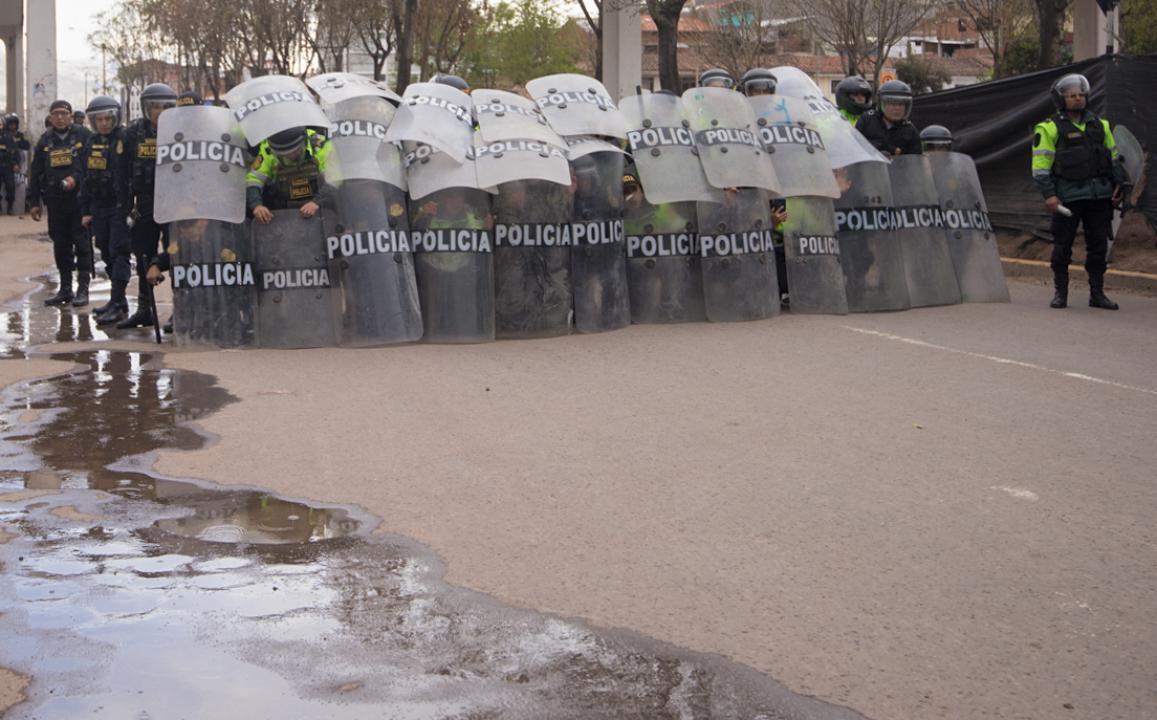 Peru declared a nationwide state of emergency on Wednesday after violent protests against the ouster and arrest of former President Pedro Castillo left seven people dead.

Castillo’s supporters have taken to the streets and erected barriers in protests across the country that have left 200 people injured as they demand his release and early elections.

The country plunged into crisis last week when Castillo tried to dissolve Congress and rule by decree, but was quickly impeached by lawmakers and arrested on his way to take refuge in the Mexican embassy.

New President Dina Boluarte has struggled to tame tensions, and has now called for the next elections – usually in 2026 – to be brought forward to December 2023, an earlier bid to hold them in 2024 amid protests. failed to stop.

Defense Minister Alberto Otarola declared a new 30-day state of emergency due to “acts of vandalism and violence” and roadblocks, and said that the police and armed forces “will have control over the entire region.”

He said the measure included “suspension of freedom of movement and assembly” and could also include a night curfew.

Last week, a judge ordered Castillo to be held in jail for seven days, and he was to be released on Wednesday.

However, late on Tuesday, prosecutors requested 18 months of pre-trial detention.

Judge Juan Checlay on Wednesday adjourned the hearing on the new request until Thursday as defense lawyers argued that they had not received all the documents from the public prosecutor.

However, he ordered Castillo to remain in custody for another 48 hours.

Castillo wrote on Twitter, “Enough! The outrage, humiliation and abuse continue,” adding that he would petition the Inter-American Commission on Human Rights to “intervene”.

Castillo, a leftist former school teacher, was in power for just 17 months in the South American nation that has been plagued by political instability and is now its sixth president in six years.

His short period in office was marked by a power struggle with the opposition-dominated Congress and six investigations into him and his family, mainly for corruption.

On Tuesday, Castillo called his arrest unjust and arbitrary and said he would “never give up and leave this popular cause that brought me here.”

He also called on the security forces to “lay down their arms and stop killing these people thirsty for justice”.

The protesters have blocked roads in many areas.

The worst affected areas are in the north and south, including the region of Cusco, a tourist attraction that is home to the Inca citadel of Machu Picchu, and Arequipa, Peru’s second city.

In Lima, dozens of protesters threw stones at police on Tuesday evening as they tried to reach Congress, with police firing tear gas to disperse them.

Five people were killed in clashes between protesters and security forces on Monday, followed by two others on Sunday.

Six of the seven deaths have occurred in the Apurimac region, where Bouluarte was born.

Indigenous and agricultural organizations called for an indefinite strike starting Tuesday, suspending train service between Cusco and the city of Machu Picchu.

This left many tourists trapped at the tourist site, according to Machu Picchu mayor Darwin Baca, who asked for help to evacuate them.

“I was supposed to leave Cuzco by train tomorrow (Tuesday) and fly to Lima to go home, but now the situation is unclear,” a Belgian tourist who gave his name as Walter told AFP.