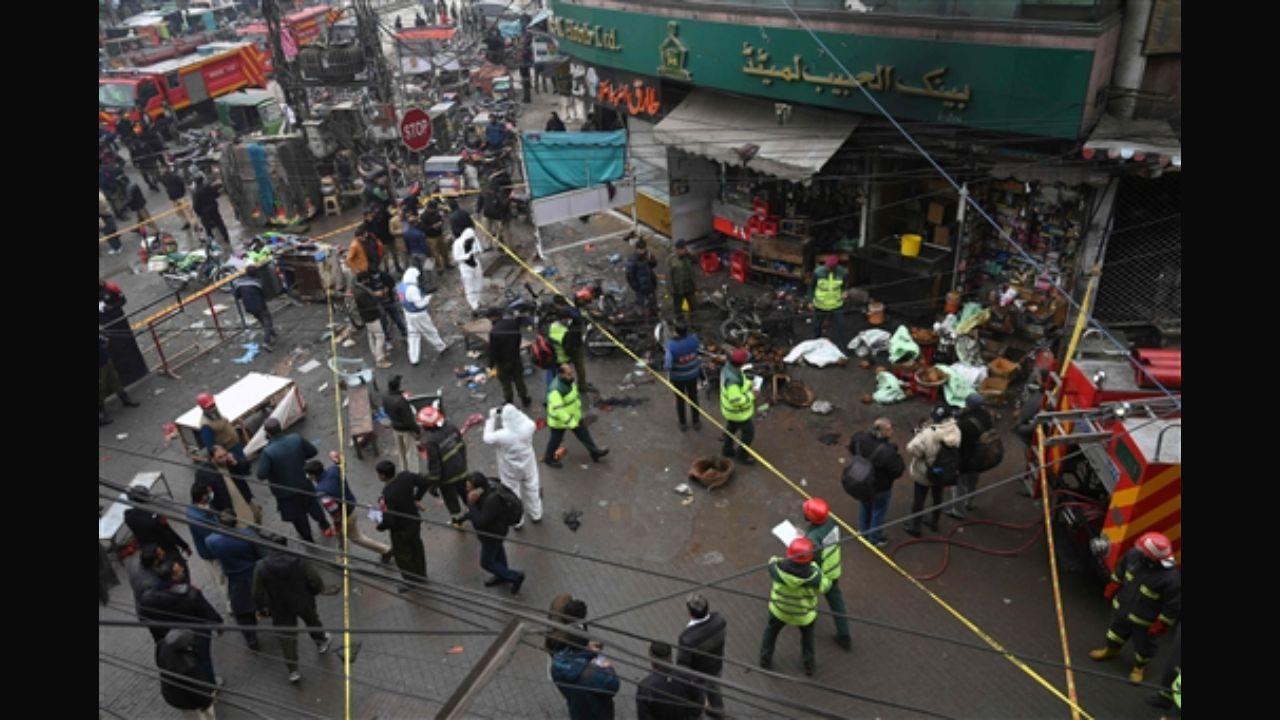 At least two people have been killed and dozens injured in a powerful explosion in Lahore, the provincial capital of Pakistan’s Punjab province, in what is being seen as a targeted terrorist attack.

According to locals, the center of Lahore’s wholesale markets located around the Lohari Gate area, which is a congested and densely populated area, was rocked by a powerful explosion that claimed the lives of at least two people, including a teenager, and got injured. At least 25 others. Among the injured, 22 are men and three are women.

A local shopkeeper in the area said, “The blast was so powerful that we could see things flying in the air.”

Officials suspect that the blast was of an Improvised Explosive Device (IED) as a deep crater had formed at the blast site.

DIG Operation Lahore Dr Muhammad Abid Khan said, “The investigation is in the preliminary stage and without investigation the nature of the blast cannot be ascertained.”

At least 27 people have so far arrived at Mayo Hospital, the nearest to the blast site, of whom at least two people have died while 25 others are undergoing treatment. Hospital officials say that the condition of at least five more people is critical.

The explosion was so powerful that at least nine shops and establishments, including a private bank, were damaged, while dozens of motorbikes, stalls and other roadside sales places caught fire.

No group has claimed responsibility for the attack, even as security forces have cordoned off the area to investigate the tragic incident.

The Lohari Gate area is part of the old city of Lahore, with narrow streets and congested areas. The market is frequented by lower class and poor people, who choose to buy cheap things for themselves.

A large number of local people were present in the market at the time of the blast.