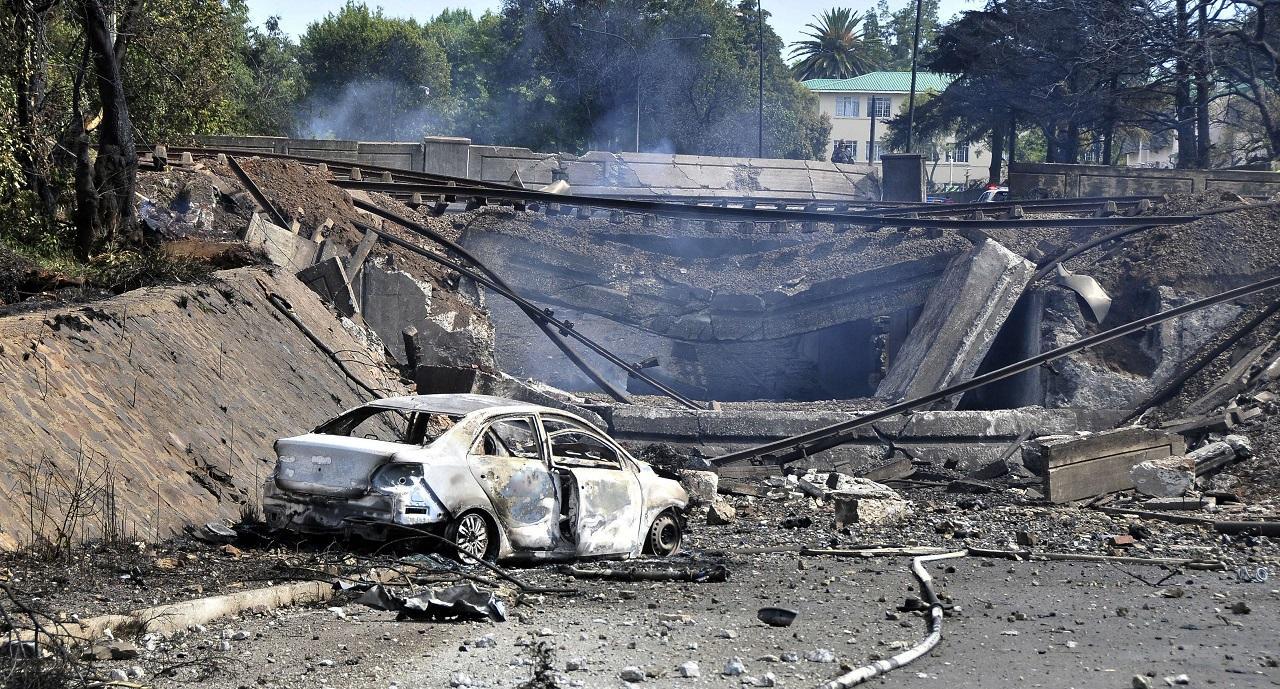 At least nine people, including two firefighters, were killed and several others injured when a gas tanker exploded under a low railway bridge in the South African city of Boksburg on Saturday, officials said.

He confirmed nine people killed, including two firefighters, and said six firefighters had been hospitalised.

According to eyewitnesses, the gas tanker exploded as firefighters were trying to extinguish a small fire, resulting in the tanker getting trapped inside the underbridge.

He also told local media how people sitting on the grass outside the hospital adjacent to the blast site suffered third-degree burns.

Many people were taken to hospitals for treatment.

Officials have not yet given the exact number of injured in the explosion.

Meanwhile, family members rushed to hospitals to check on their loved ones after seeing social media reports of the incident, but were not allowed as forensic experts were conducting searches in the area.

Natladi told that the railway bridge has been completely damaged in the incident and two nearby houses have also been damaged.

“The intensity of the flames shot up to the top and both sides of the bridge, causing the concrete steel rails and pylons to bend completely, leading to the complete collapse of the concrete bridge,” he said.

Media reports said the tanker driver miraculously survived the accident, but was too traumatized to talk about why he had attempted to pass under the bridge the tanker he was driving was less than

Gauteng provincial premier Panyaja Lesufi has rushed to the scene amid reports an emergency crisis center has been set up near the hospital, officials said.

Relief aid organization ‘Gift of the Givers’ has reached the spot to provide medical aid and other assistance to the victims.