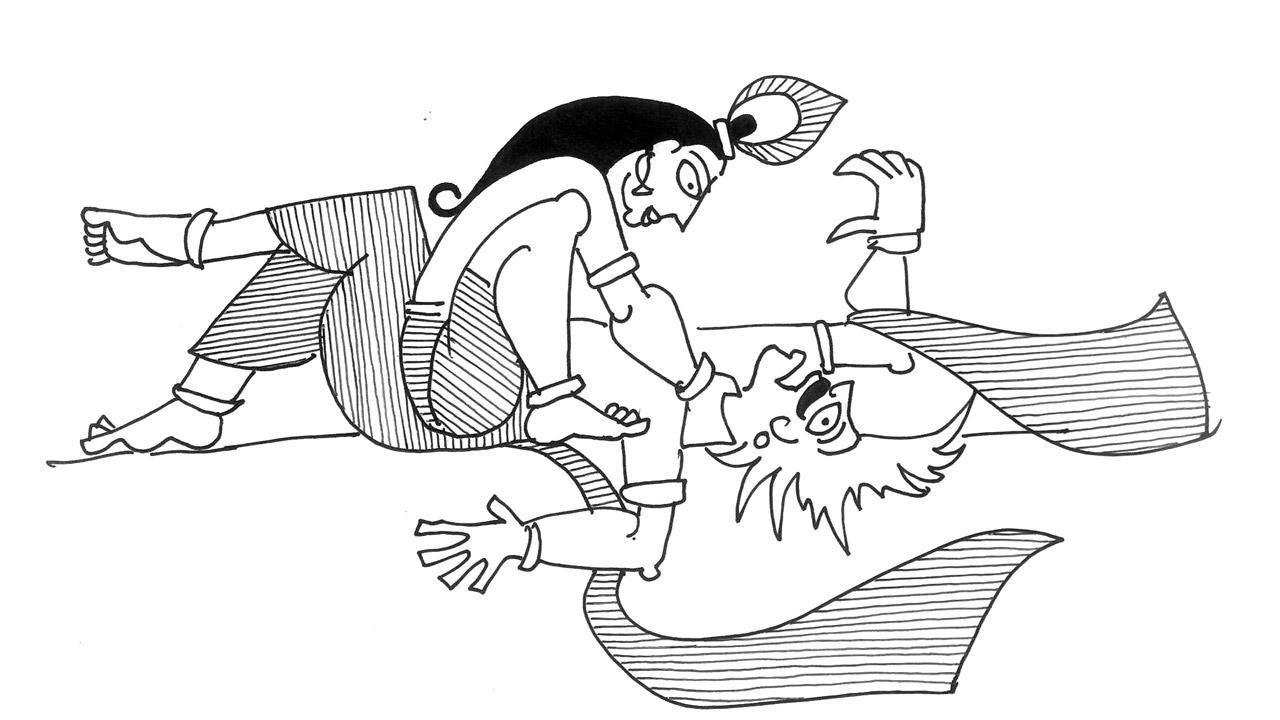 Mama has a very important place in Hindu scriptures. He is called ‘Mama’. He is the brother who visits his sister’s house during the Rakhi festival. She visits his house during Bhai Dooj, the last day of Diwali. He looks after her welfare. This is an accepted phenomenon in Hindu families. In the Puranas, the mountains are considered the brothers of the rivers. Many stories in the great Indian epics such as the Ramayana and the Mahabharata include maternal uncles.

Kansa is the maternal uncle, who wants to kill the nephew and is eventually killed by the nephew. This is a rare case in Indian mythology where the younger generation strikes against the older generation. Then there is Shakuni who is reportedly supporting the Kauravas, but his advice eventually led to the downfall of the Kauravas. Finally, there is Vasudeva who does not play a direct role in the lives of the Pandavas, but gives their support through his son Krishna. The Mahabharata war can be seen as a fight between two maternal uncles- Shakuni of Kauravas and Vasudeva of Pandavas.

Other important maternal uncles include Shalya, the king of Madra, whose nephews are twins Nakula and Sahadeva. He is shown unable to decide on whose side he should fight, the Pandavas or the Kauravas. He is made Karna’s charioteer, but discourages Karna by praising the Pandavas. Eventually he becomes the commander of the Kaurava army and is killed by Yudhishthira.

In Krishna Vidya, Krishna has a strained relationship with Rukmini’s brother Rukmi who opposes their marriage. But later they reconcile. Rukmi’s daughter also marries Rukmini’s son Pradyumna. This is the case of cousin marriage, which is common in South India, but not in North India. In some versions, we hear of a gambling match between Rukmi and Krishna’s brother Balarama which turns violent and Balarama kills Rukmi.

Despite being the maternal uncle of Abhimanyu, Krishna could not save his nephew during the Mahabharata war. Later Abhimanyu’s son, Parikshit, is the sole surviving heir of the Pandavas and inherits Kurukshetra. This story is important because a descendant of Krishna ruled the kingdom of Hastinapur. Long ago, Krishna’s ancestor Yadu, the prince of Hastinapur, was taken away by his own father and the crown was given to his youngest brother, Puru. The Pandavas and Kauravas, descendants of Puru, fight a terrible war that destroys each other, but thanks to Krishna, a descendant of Yadu, whose sister Subhadra elopes with Arjuna, a child is born whom he inherits. which was not given to an ancestor.