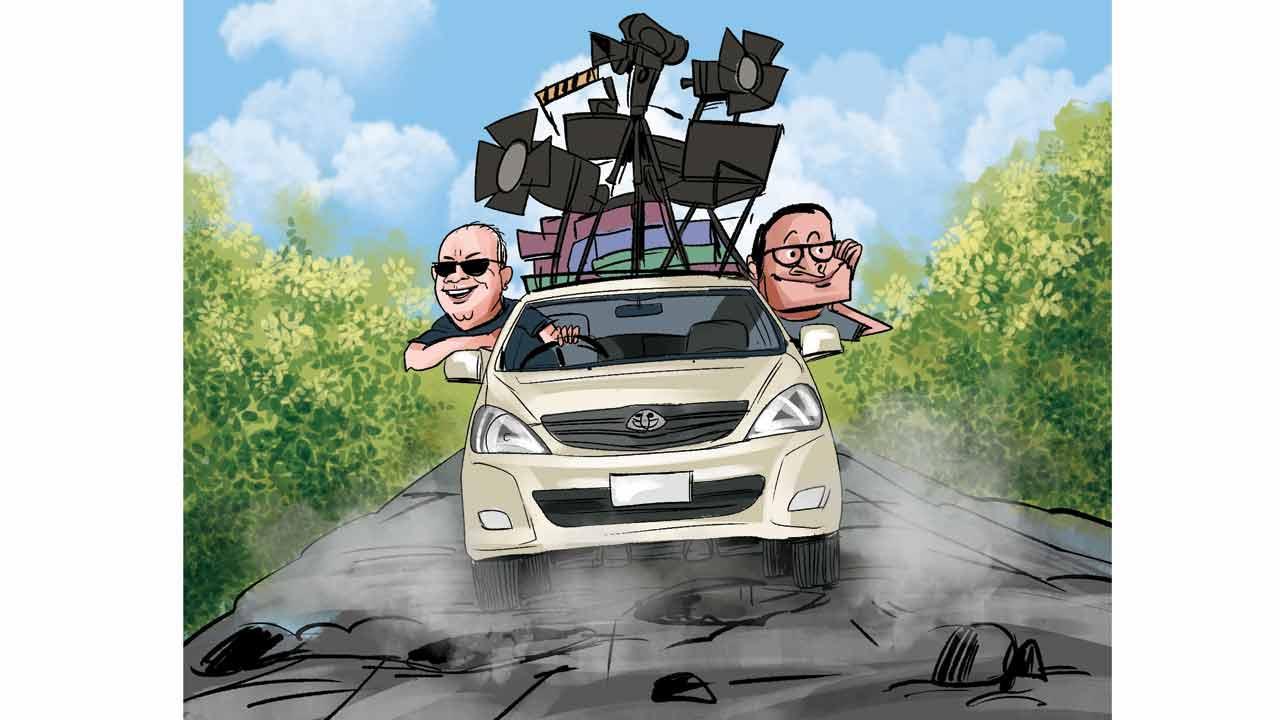 I’m sitting in an Innova with my friend, co-writer, co-director, and mentor, Bugs Bhargava Krishna, rolling down the Pune Expressway, looking for places. We are making a film, ironically, called Pune Highway. His fourth, my first. It’s based on a 2004 play that I wrote, also happened to star in it. Production traveled the world, and all those years ago, Bugs thought there was a movie I protested for a variety of reasons—not ready for celluloid, early 2000s, storytellers not having a chance. tha, star system reigned, sold out that first critical weekend, before songs release, expectations were high- iconic actors in movies, item numbers, everything was inspired by the bottom line, imagination took second place. Any kind of subtlety was in its infancy. But then streaming platforms came in, streamlining themselves, with armchairs soon replacing plush velvet seats. A ticket of Rs 499 became an annual subscription of Rs 499. The box office was replaced by the idiot box in your living room… and soon content was king, audiences demanding mushy entertainment, there was a sudden loss in cinema releases, with the demand for boycotts to go along with the box office was involved.

The internet became a much safer place to launch a movie, and someone like me realized that he could dip his toes in the vast ocean of OTT and still reach a wider audience with his offerings. So around 2021, when Bugs once again suggested a film like Pune Highway, and the fact that he would lead the way, made it more palatable, less intimidating.

Pune Highway is a whodunit, a whodunit with an emotional core. The story is spread across three timelines, encompassing South Mumbai and Satara… It is the “sometimes light-hearted, sometimes dark-nosed criss-cross of three childhood friends” played by Amit Sadh, Jim Sarbh and Anubhav Pal. Cross”, who is faced with an unexpected event. the killing. In short, a dart edgy thriller.

I have always told dramatic stories through dialogue, mainly on a stationary stage. In cinema, the camera works, with the help of words.

I always enjoyed reading scripts with ‘EXT.INT’, Chris McQuarrie’s ‘Usual Suspects, David Finctors’ Fight Club, Woody Allen scripts. Day. Night of the Final Draft Draft”. Always wondered when I would get a chance, and now I have a bundled script, co-produced by Bugs and me.

I have loved cinema over the years. Never fully understood the science of it, the challenges of telling a story through a camera, the benefits of multi settings, getting out of your palette when you use a specific lens to maximize an emotion. In theater you want to take the audience into multiple worlds through stationary/movable sets and lighting; In the movie, the universe is your universe, the world really is your oyster.

Bugs talks to me about being a series of film actions, making it important to decide where you put your camera—from Darius Khonji’s raucous work in 7N, Alexander Inaritu and Chivo Lubezki’s sense of effortless storytelling in Birdman—to the camera. When to keep steady, when to move.

We’re stopping at toll checkpoints and treacherous side roads and while I’m admiring the beautiful terrain of our Maharashtra, I realize there’s two hours of footage to be captured.

As we wind our way down the mud road leading to dawn, Rae Cooder’s slide guitar in Paris Texas runs through my head, creating a lonely blues sound of solitude and desolation. We reach our desired location, two hours later, Bugs and Deep Metkar, our director of photography, jump out. Bugs say to me, “Rahul, a place will talk to you, he’ll say ‘come shoot me, put your camera here’. Always listen to the location you choose.”

The lake in front of us, with its expanse of water, speaks to us in a language that is dull.

I am about to enter the unknown, led by someone we know, who warns us of the pressure to come, but assures me that the spirit of filmmaking, like nothing in the world.

Greetings to me, dear reader, as Bugs Bhargava Krishna and I begin the epic adventure which is the Pune Highway.