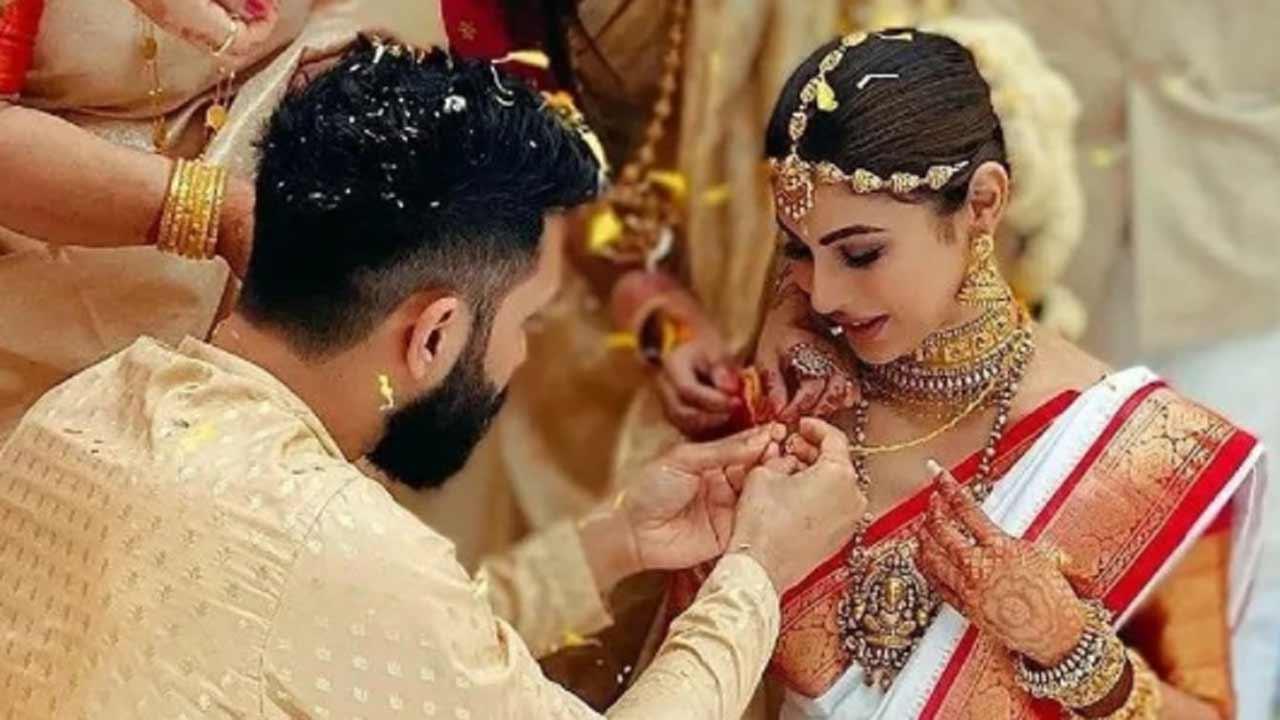 Telly’s famous couple Mouni Roy and Sooraj Nambiar tied the knot in an intimate ceremony in Goa. Both were looking very beautiful in South Indian dress. Mouni stunned in a white sari, while the groom, who chose a South-inspired ensemble – a beige kurta teamed with a lungi, showed his uber-cool side in this simple outfit. Take a look at the pictures right away!

Here’s a look at the wedding ceremony video which has already hit the internet! Although the actress is yet to share any official post on her social media account, the paparazzi and her fan club couldn’t stop the excitement and shared some intimate details about their Goa wedding.

Before her wedding pictures and videos went viral, Mouni shared a beautiful picture in which she can be seen hugging and smiling with her husband. Mouni and Sooraj, who had never officially confirmed dating each other before, will tie the knot on January 27 in Goa.

Over the weekend, Aashka Goradia, who is good friends with Mouni Roy, shared a photo dump on social media, leaving her followers speculating about her graduation plans. The television actress also mentioned how the girl squad enjoyed their vacations while partying at the beautiful beaches and clubs of Goa.