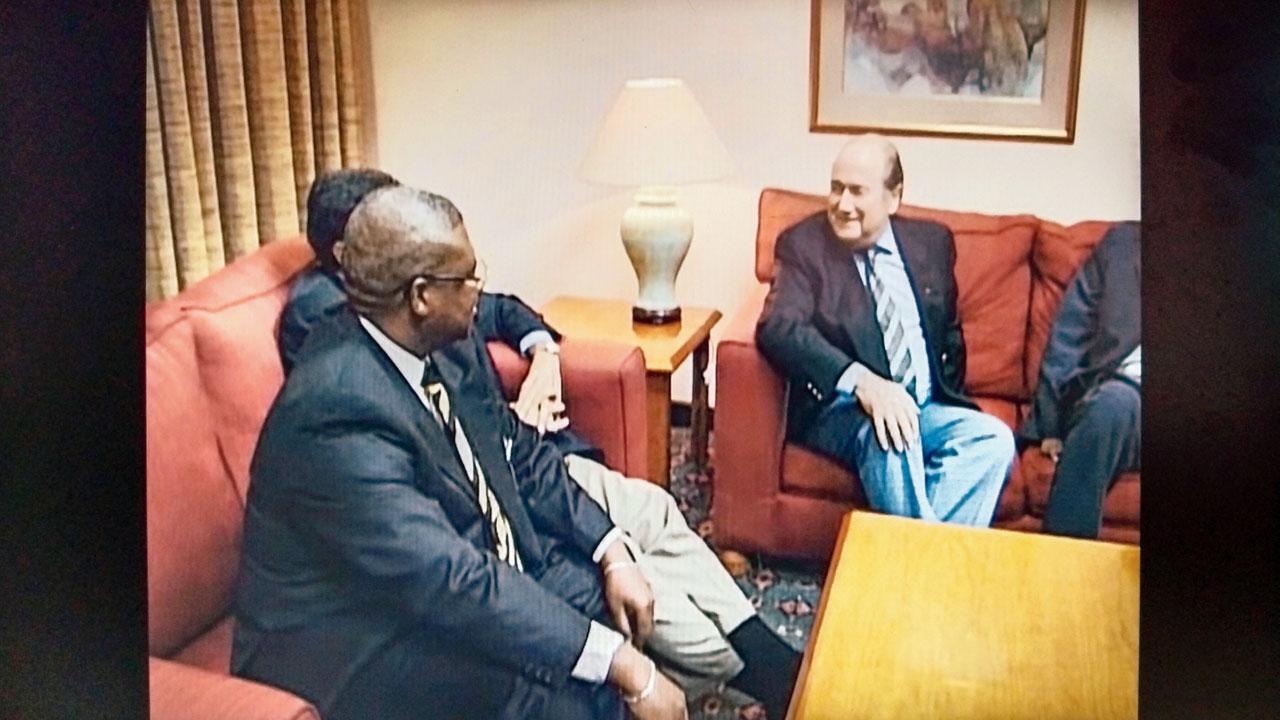 Last night we watched the last episode of the documentary, FIFA Uncovered, and I felt a combination of astonishment and anger at the level of impunity of the men at the top. The amount of corruption it examines is staggering, and the deceitful way in which it inevitably ties up the ‘good’ of football is delusional. I tried to maintain a critical and even cynical distance through each gripping episode. Unlike Vatican Girl, a documentary we tried to watch that was heavily invested in the conspiracy theories surrounding Emanuela Orlandi’s disappearance, with scenes that over-show and over-react to that point. Shows where nothing is left to the imagination, FIFA Open is agile and sharp. I’m not a fan of football. I enjoy watching sports when I am with others who are watching. I don’t know all the rules, but I like camaraderie. Knowing that a goal could be scored at any moment adds to a sense of mystery and spectacle. If you ask me to name three contemporary players, I will be out of my depth. This is the limit of my knowledge. And yet, I was completely taken in by each episode of FIFA Uncovered.

The last documentary we saw that was football-oriented was Bad Sport, which told through detailed interviews with key players how Juventus, a prestigious football club in Italy, was subjected to an elaborate scandal of mind-boggling proportions. Thanks were given. It seems like a small crime when taking a stand against corruption is embedded in FIFA’s DNA. What impressed me most, however, was how the various people who were interviewed and whose testimonies constitute the narrative of the documentary, explained how the endemic nature of FIFA’s corruption has been reflected in the way the world works. What did the method have to do with it? I think this was where an intersectional feminist perspective could home in to say that this was a classic example of how patriarchy combined with colonialism, racism, and various other forces create a culture. In some ways it is a genius of sorts that the film manages to reveal the complex nexus between these forces and how it appears to shape the compulsive nature of greed that is the defining characteristic of the men at the top.

It really stood out to me how men have always been the dominant power-hungry players. It was always rooms full of men making decisions based on bribes they received, which had a clear impact on the world around them. The gulf between the ‘mission’ of doing good for football by investing in developing countries and the reality on the ground, in which nothing really changes and money just goes into pockets, widens sharply. For someone like me who didn’t follow FIFA’s activities, the documentary felt really riddled with mystery. At every turn, I’m shocked when Sepp Blatter is re-elected.
How is this possible? If I were at the helm of an organization that was accused of corruption, I would hang my head in shame and do whatever was necessary to set things right. But when it comes to dealing with accountability all men have to deal with any kind of allegations. He denied everything, pretended innocence, and said he did nothing that went against FIFA’s ethical values, which makes you wonder what those values ​​are. This is what is meant by the over-confidence of white people. I don’t think I could muster even an iota of their pride and confidence.

In listening to them justify themselves, Project Innocence and Blame also reminded me of the various defensive statements that were produced by men who were accused of sexual misconduct during the #MeToo movement. I found myself coming back to the word: Dandamukti, which means ‘freedom from punishment or the unpleasant consequences of what has been done’. Most of these men were ‘banned’ from participating in cultural activities for the duration of the pandemic. Almost all of them have returned to society to reclaim their status and have been accepted with open arms by most institutions. Some have successfully won defamation cases against those who accused them, putting them in an even more powerful position than before. If anyone was canonized, it was those who dared to speak out against their offenders. His reputation keeps tarnishing. Knowing this makes me very angry. How can we reform cultures of impunity that have historically benefited from and been nurtured by patriarchy?

We continue to fight, I guess. Quitting or giving up is not an option. We confront, we call out, we try to remedy. We stand against the injustice we witness. And we enjoy every moment of the singular joy we keep secret in the midst of our activism.