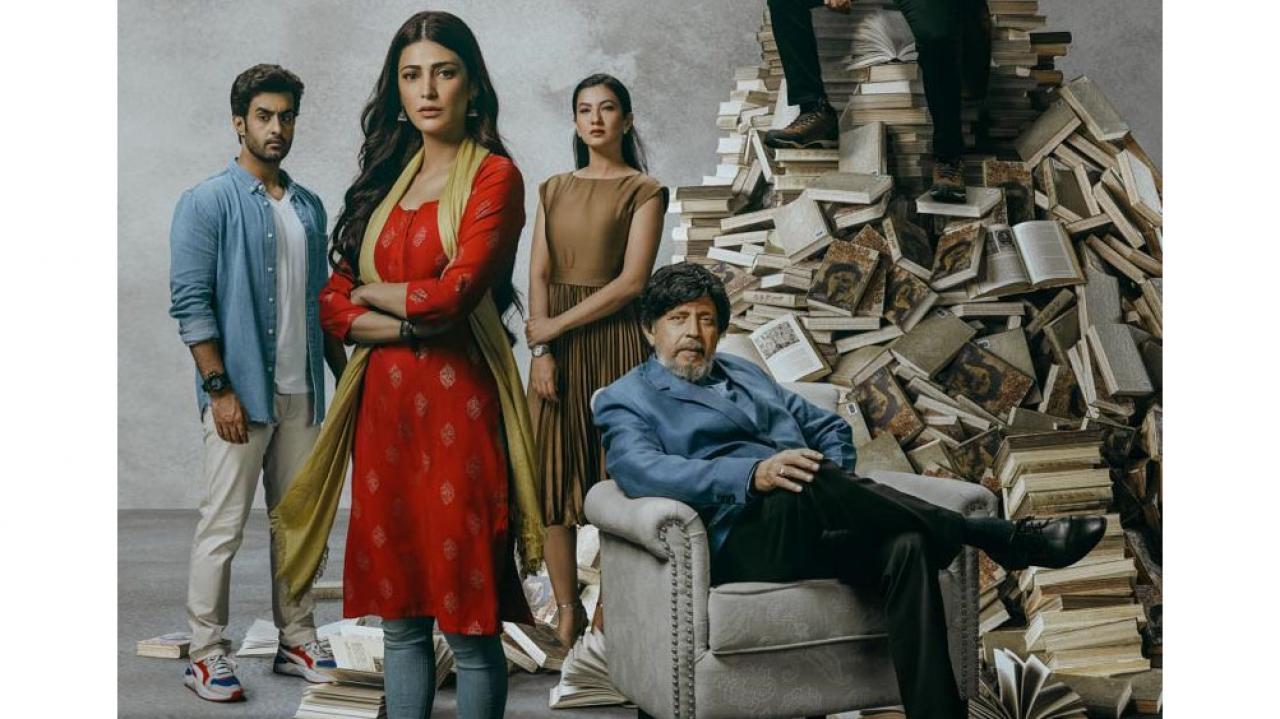 The trailer of the ‘bestseller’ features an ensemble cast including Mithun Chakraborty, Shruti Haasan, Arjan Bajwa, Gauahar Khan, Satyajit Dubey and Sonali Kulkarni in pivotal roles. The Amazon Original series will premiere on Amazon Prime Video on February 18, 2022, in over 240 countries and territories around the world. The gripping psychological thriller is a perfect blend of suspense and drama, which will take the audience on a journey through the dark labyrinth of flawed human nature. It is produced by Sidharth Malhotra’s Alchemy Productions LLP and directed by Mukul Abhyankar.

Mukul Abhyankar, director of the bestseller, said, “As soon as I read the script, I found it so exciting and thrilling that I knew immediately that it would turn out to be a fascinating watch.” “It has been an amazing experience working with the cast and crew of the bestseller, shooting at some of the most authentic locations in the country with this exceptionally talented team from the time I read the script. I am sure the audience will love every suspenseful minute of the series and will be left asking for more by the end of the eighth episode. I am delighted that the bestseller will reach audiences on Amazon Prime Video in over 240 countries and territories around the world.

Who named it bestseller and not best thriller
Watch #bestsellerOnPrimeFebruary 18 pic.twitter.com/DvD2VK2cKI

Speaking about the series, actor Mithun Chakraborty said, “My character Lokesh in the bestseller is Pramanik, a unique personality with interesting quirks. I enjoyed playing with all his whimsy. I also enjoyed working with my talented co-stars on the series; Everyone worked really hard to bring their characters to life. I couldn’t have asked for a better streaming debut than this. I have a lot of faith in Mukul Abhyankar and believe he has done a commendable job in developing a highly entertaining thriller. The bestseller will surely appeal to suspense and thriller fans around the world, and I look forward to its premiere on Amazon Prime Video. ,

Shruti Haasan said, “I am thrilled that the bestseller is my full-feature digital debut. “When Sidharth Malhotra reached out to me for the bestseller, I was working on several projects and I was not sure if I would be able to commit, but the moment I saw the script, I could not refuse it. I connected to the layers of the story and found my character so compelling that I just had to do it. I have always wanted to enter this space with a female lead story and it was an amazing opportunity to play a character that I could not pass up. I have worked hard to prepare for my role and I am really looking forward to see the audience reaction to the series.”

Arjan Bajwa said, “The story of the bestseller is one that will completely captivate the audience – each character is so different, played to perfection by a very talented cast, directed by director Mukul Abhyankar. The whole narrative is so intriguing and well layered. I am quite excited about my role as Tahir Wazir, a successful and outspoken writer whose life goes through enormous twists and turns when he crosses paths with a stranger. Given the many layers, it was a challenging role but at the same time it was a great experience as an actor to portray Tahir. I can’t wait for the bestseller to reach audiences across the globe.”

Gauahar Khan shared, “I was probably the first one to be on the team of bestsellers because Sidharth Malhotra, the creator of the series, saw Mayanka in me.” “Mayanka’s character is very multifaceted. She has complex relationships with the people around her and tries to strike a balance between her professional and personal life. She is the one with whom a lot of women identify. Director Mukul Abhyankar has beautifully portrayed the nuances of my character.”