TrendingBazz
Home opinion Maus and fear of the dark 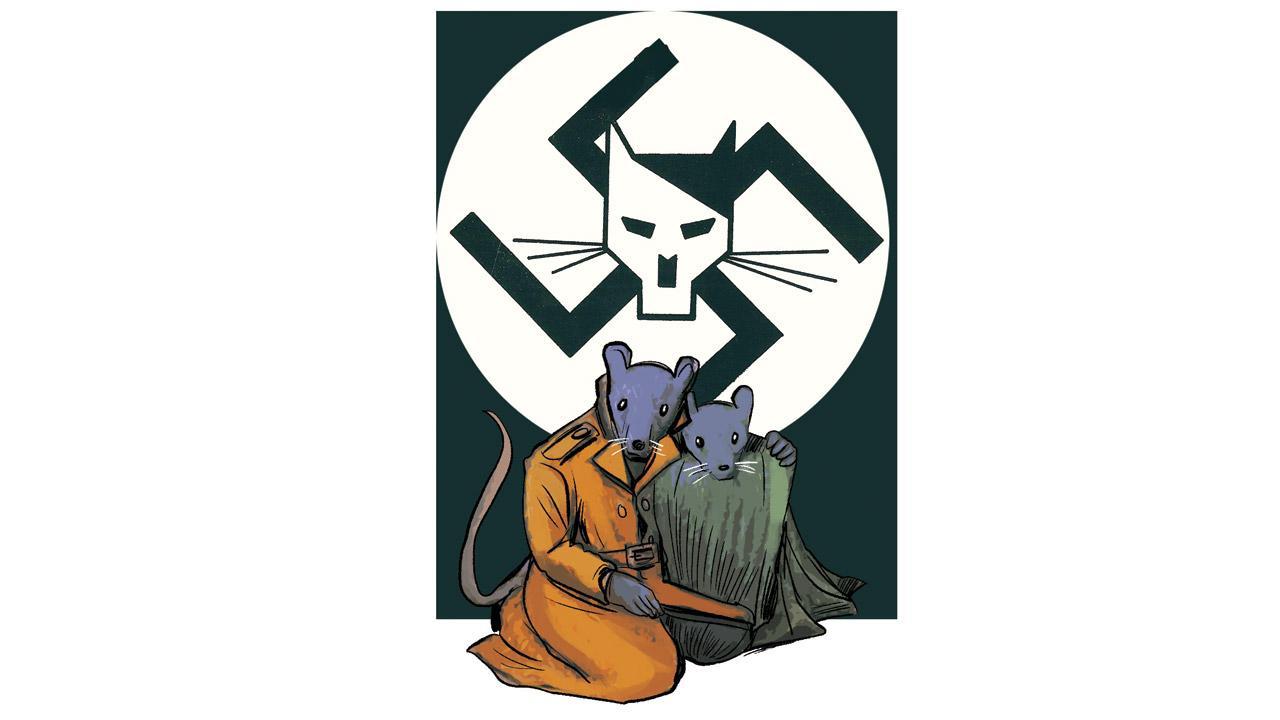 A couple weeks before Holocaust Remembrance Day, a school board in Tennessee voted to remove Art Spiegelman’s graphic book Maus from its 8th grade curriculum, an irony certainly too heavy to be intentional.

Maus is a Pulitzer Prize-winning graphic book about the author’s parents who survived the Holocaust, lost a child, and took forever to mark. His mother had died by suicide. The book depicts Jews as rats and Nazis as cats, a device that redirects your attentiveness to meaning, not just the fact of a story, that you think you already know. . The apparent normality of family dynamics—irritability, resentment—is ignited by the flames of brutal history.

The board’s reasoning for removing the book was that it featured some ‘hard language’ (ie, goddamn words) and a naked body (of an anthropomorphic mouse in a non-sexual context). “It shows people hanging, it shows they are killing children, why does the education system promote such stuff? It is not wise or healthy,” a board member said at the meeting. According to the minutes of

This position is silly, not only because it is ridiculous to imagine that 13-14 year olds today are unaware of rude language or tragedy. But also because, in fact, there cannot be a better way to understand the meaning of history than through such works of art. If anything, such deeply felt accounts can fill us with understanding and compassion, and make us resist violence and cruelty—from a human depth of emotion, not some political bitterness.

Some NRIs in the US recently protested the inclusion of caste as a category of discrimination at the University of California. Some cried on Twitter that their children who were raised to think that caste was dead would now (really?) be traumatised. If you raise your children on lies, you make them unable to face the truth with openness and the capacity for change.

The wonderful British television series Flowers also tackles issues of mental health, family dynamics, loss and the Holocaust. One of the characters, Maurice Flowers, writes horror-filled children’s books featuring a character named Grubb. At one point the publishers object to the darkness. Flowers’ Japanese assistant Shun defends the grub, which he had studied in Japan after losing his family in an earthquake. “I read this very strange book. [I think] Ah, Mr Flowers, know how I feel. Because, I need to see that do you know? There are difficulties. This is the world. you can survive [sic].” (“It’s still not there” the publishers say).

The literal-mindedness of our times seeks to eliminate darkness and contradictions; To create only a kind of self-flattering in art. We want to dispel our myths, keep our books and movies clean until they are all removed from mechanical depictions of emotion and political thought. Images from fairy tales, tales, myths, cinema teach us that life is both a dream and a nightmare. They help us name our demons and our loved ones, help us see that we are each capable of darkness, but perhaps also capable of traveling in light. To protect ourselves from hard truths is to make ourselves small children, who are always afraid of the dark, unable to face differences, disappointments or mistakes. Unable to see other people’s weaknesses and their own strengths. In a lonely world incapable of being anything but strictly lonely people.