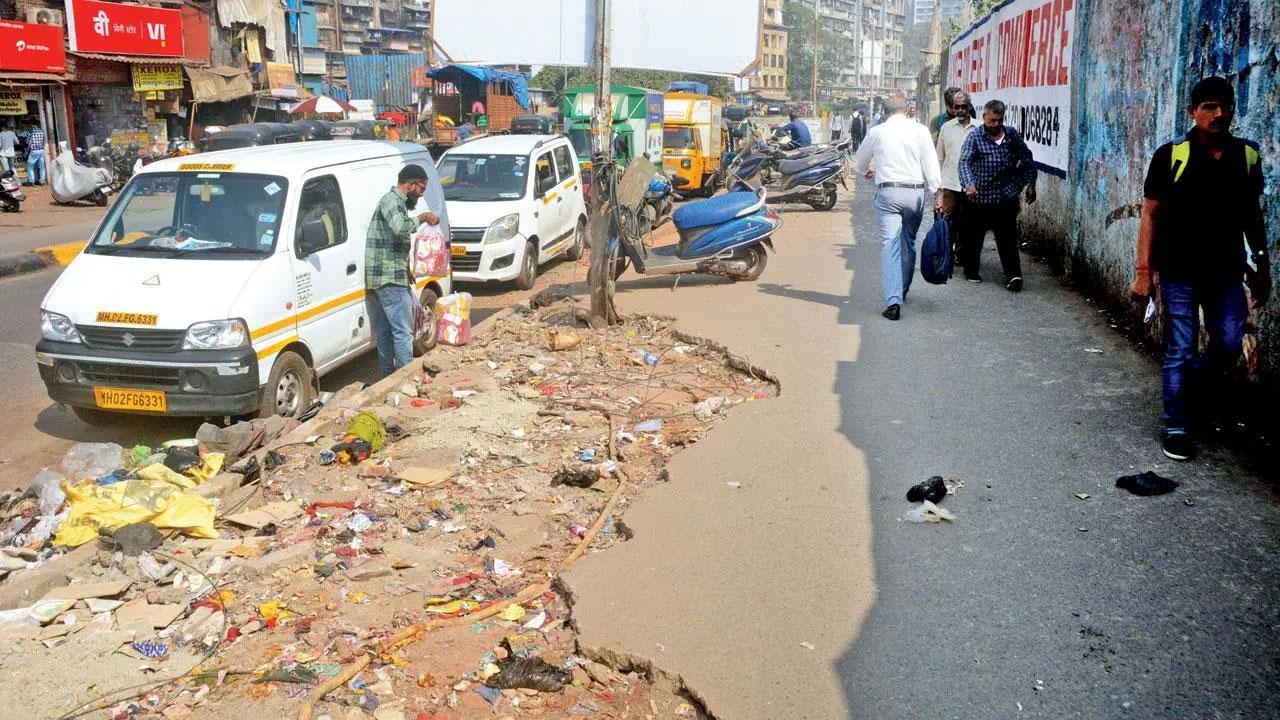 Even after four years, pedestrians are facing the brunt of the off-limits Bandra Skywalk, which was closed by the BMC. The civic body has not started rebuilding the structure though a work order in this regard was sanctioned last February.

The only option now is to wade through uneven footpaths, potholed roads and chaotic traffic on the jam-packed Station Road in the east.

The skywalk, the city’s first, was built in 2008 and was closed in 2019 following the collapse of the Chhatrapati Shivaji Maharaj Terminus foot overbridge. Till then, it had the highest footfall in the city.

A portion of the skywalk is to be reconstructed, but has been inordinately delayed. While officials have offered clarification, care must be taken to ensure that pedestrians have some easy access even without skywalks.

It is an extremely traffic-intensive area, which also has congestion. Until the delay is over or decisions are made about what is to be done, we have to make the best of the situation.

Encroachments on footpaths or obstructions on dividers also need to be removed. The approach to and from the station on both sides should be as clear as possible for ease of pedestrian movement.

Uneasiness or uneasiness is secondary. Skywalks were built so that people could easily walk to stations or cross roads. It is dangerous when many pedestrians rush to catch a train or exit to get transportation or walk to their destinations.

This space has time and again highlighted that after the demolition of structures one must ensure to clear the debris and keep the spaces clean
Removal of features.

Unfortunately, we either see debris or piles of debris or a quick takeover or encroachment. This familiar and unfortunate scenario must change for everyone to be safe.