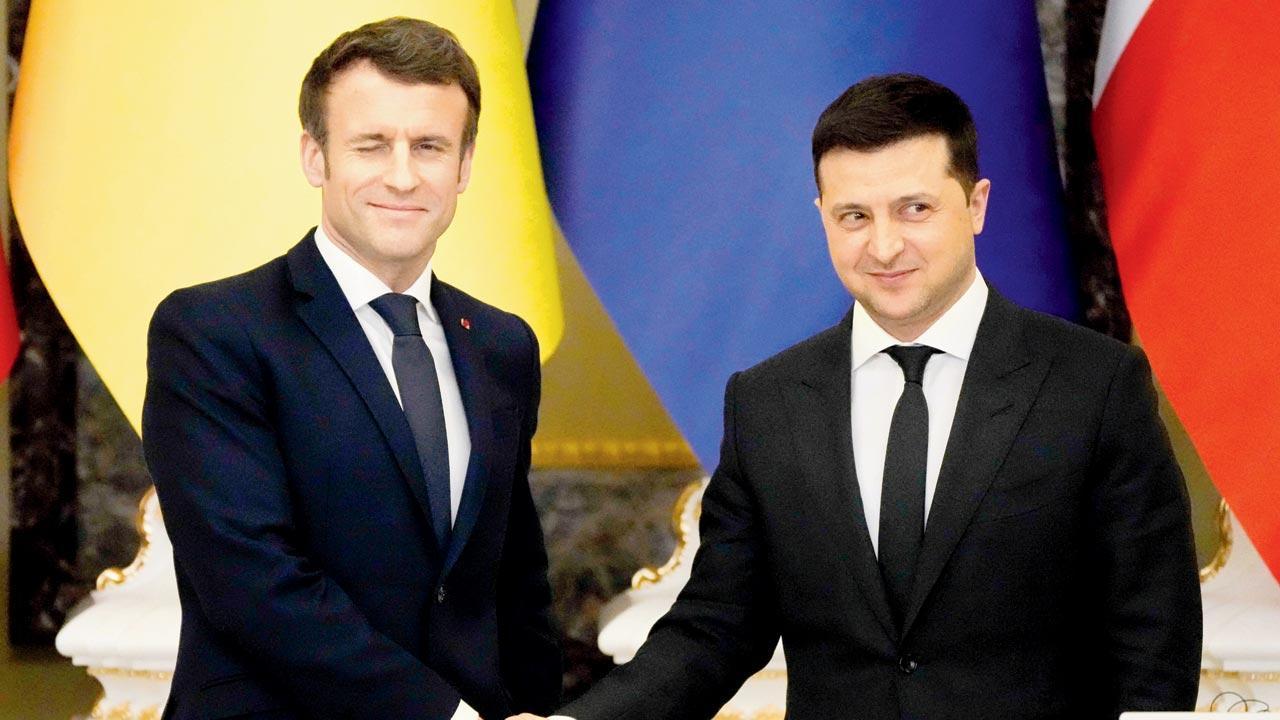 French President Emmanuel Macron said on Tuesday that Russian President Vladimir Putin has told him that Moscow will not escalate the Ukraine crisis.

Macron also said it would take time to find a diplomatic solution to the escalating tensions, which represent the biggest security crisis between Russia and the West since the Cold War. His comments on the visit to Kiev came after the Kremlin denied reports that he and Putin had struck a deal to defuse the crisis. Kremlin spokesman Dmitry Peskov said that “in the current situation, Moscow and Paris cannot reach any deal.”

Macron met with Ukrainian President Volodymyr Zelensky amid growing fears of Russian aggression. The Kremlin wants guarantees from the West that NATO will not accept Ukraine and other former Soviet nations as members, that it will halt the deployment of weapons there and withdraw its forces from Eastern Europe – demands that the US and NATO be nonstarters. reject as.

At a news conference after meeting with Zelensky, Macron said Putin told him on Monday that “he would not initiate the move. I think it’s important.” According to the French president, Putin also said that there would be no Russian “permanent (military) base” or “deployment” in Belarus, where Russia had sent a large number of troops to war games. Britain’s top diplomat, Foreign Secretary Liz Truss, traveled to Moscow on Wednesday to try to defuse tensions.