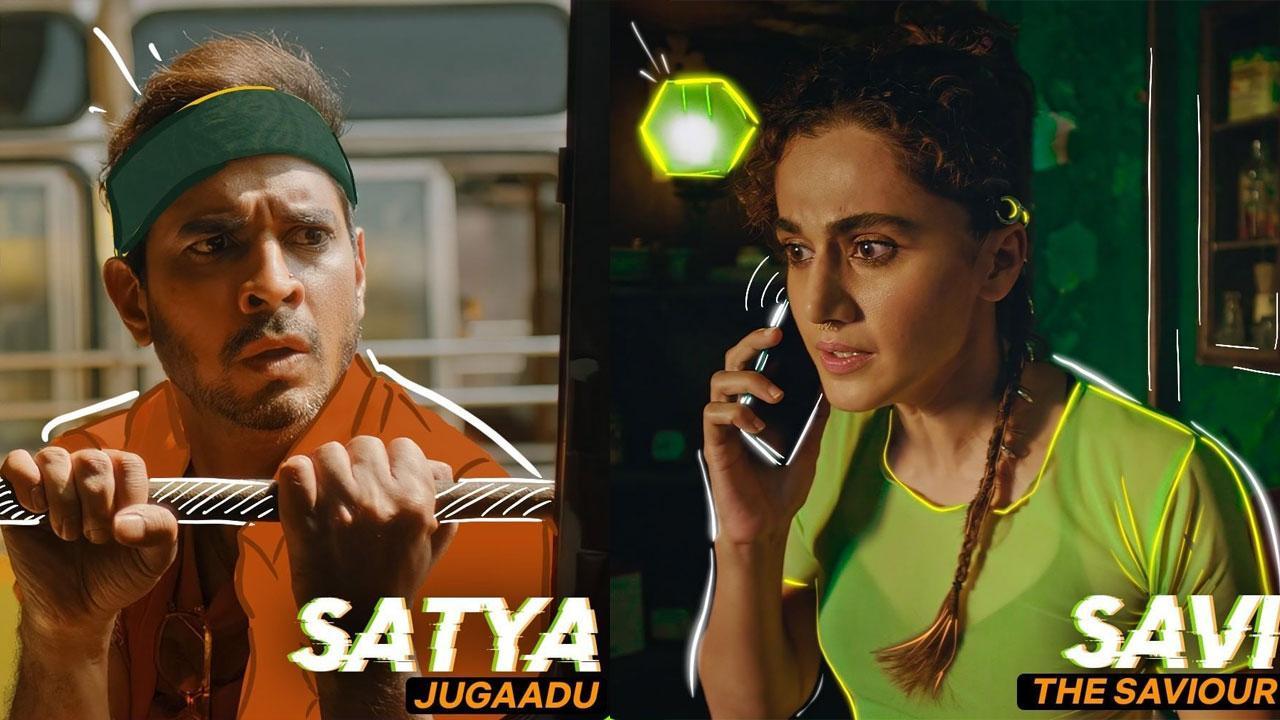 Both the characters Taapsee (Savi) and Tahir (Satya) look unique and interesting like the other characters in the film who appear different and crazy. As per the posters, each character stands out and has a different story to tell, which creates even more anticipation among the audience to witness the suspense and drama.

‘Loop Lapeta’ promises to be an adventurous ride through a difficult situation where a girlfriend is on a mission to save her boyfriend. As the plot unfolds, a series of events continually lead the lovers to make choices that define their future.

The film is produced by Sony Pictures Films India, Ellipsis Entertainment and Aayush Maheshwari. ‘Loop Lapeta’ is the Bollywood adaptation of Tom Tykwer’s famous cult classic ‘Run Lola Run’ and marks the feature film debut of Akash Bhatia’s directorial debut. The edge-of-the-seat thriller also brings together the best of both the genres – comedy and thriller – with a pinch of action, making it the perfect entertainer that will keep the audience hooked on the loop.