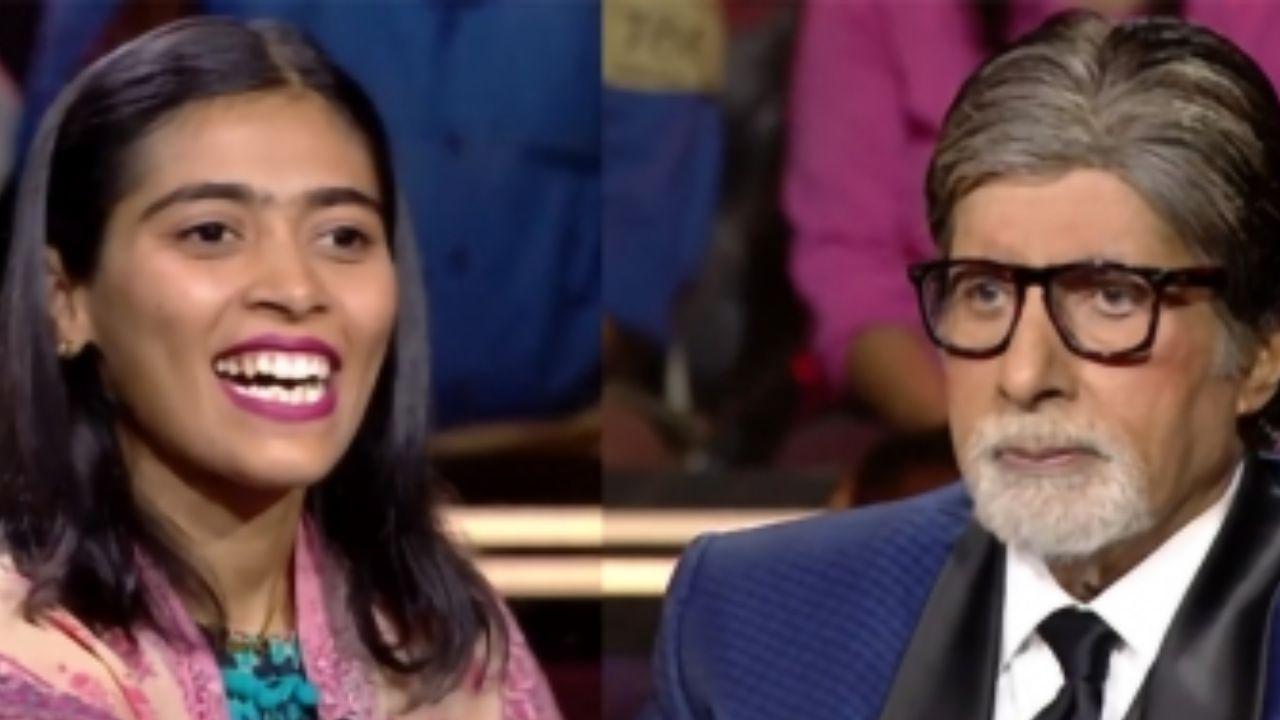 Amitabh Bachchan Enjoyed playing some interesting games and having fun conversations with them ‘Kaun Banega Crorepati 14’ Contestant Riyanka Sharma from Indore. He took the hotseat for the finale episode of the show and entertained the audience and the host with his light-hearted conversation. When the host asked him about his favorite food, he replied that it was elaichi (cardamom) and burst into tears. She said that it helps in weight loss.
Read also: Vicky Kaushal to Amitabh Bachchan: Your text was one of the best rewards I got

He also said that during his school days his friends used to call him Elaichi. Later, she played an interesting game with the host and asked him to guess the hidden names of his movies in the picture. In the concluding episode of the show, Big B also talked about his journey as a host and the connect he felt with the audience. He said that he is going to carry many memories related to the contestants handling the hotseat in the show.
Read also: Karan Johar gets nostalgic as Kabhi Khushi Kabhie Gham turns 18
For the final episode of the last week, singer Sriram Chandra performed the Telugu version of the song `Deva Deva`, Antara Mitra sang the song `Kesariya`. And Shilpa Rao performed the female version of the song `Ghungroo`. Later, all three came together to sing the song `Shava Shava` from the popular Amitabh Bachchan film. ‘Happiness some time, sorrow another time’.