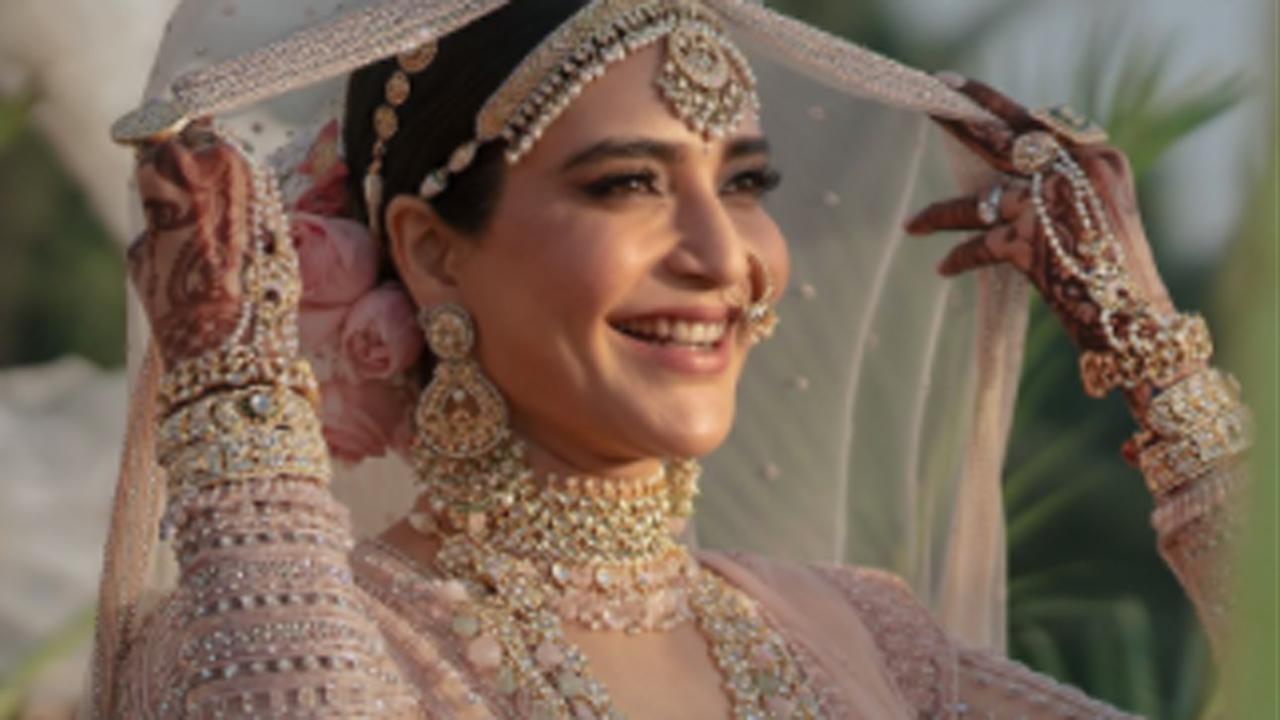 Karishma Tanna, who tied the knot with boyfriend Varun Bangera on February 5, is sharing some candid moments from her D-Day. The actress, who ruled television with her performances in ‘Naagin 3’ and ‘Qayamat Ki Raat’, took to the internet with her marriage announcement. Now, as she embarks on this new journey in life, Karisma shared a lovely video from her wedding day, where the actress made a grand entrance, leaving everyone mesmerized by her ‘dulhan’ avatar.

In the video shared by Tanna, before Karishma walks down the aisle, her crew is the first to enter, ringing a few bells. The pastel lehenga actress penned a special message for the groom as he entered with the song ‘Kinna Sona’. Later, the bride dances to the popular wedding song ‘Sajna Tere Liye Sajna’ while her team holds placards with personalized messages for the groom. Check out the video below!

Earlier, Ekta Kapoor put an end to the couple’s relationship rumors by sharing a funny video of Karishma Tanna and her boyfriend Varun Bangera.