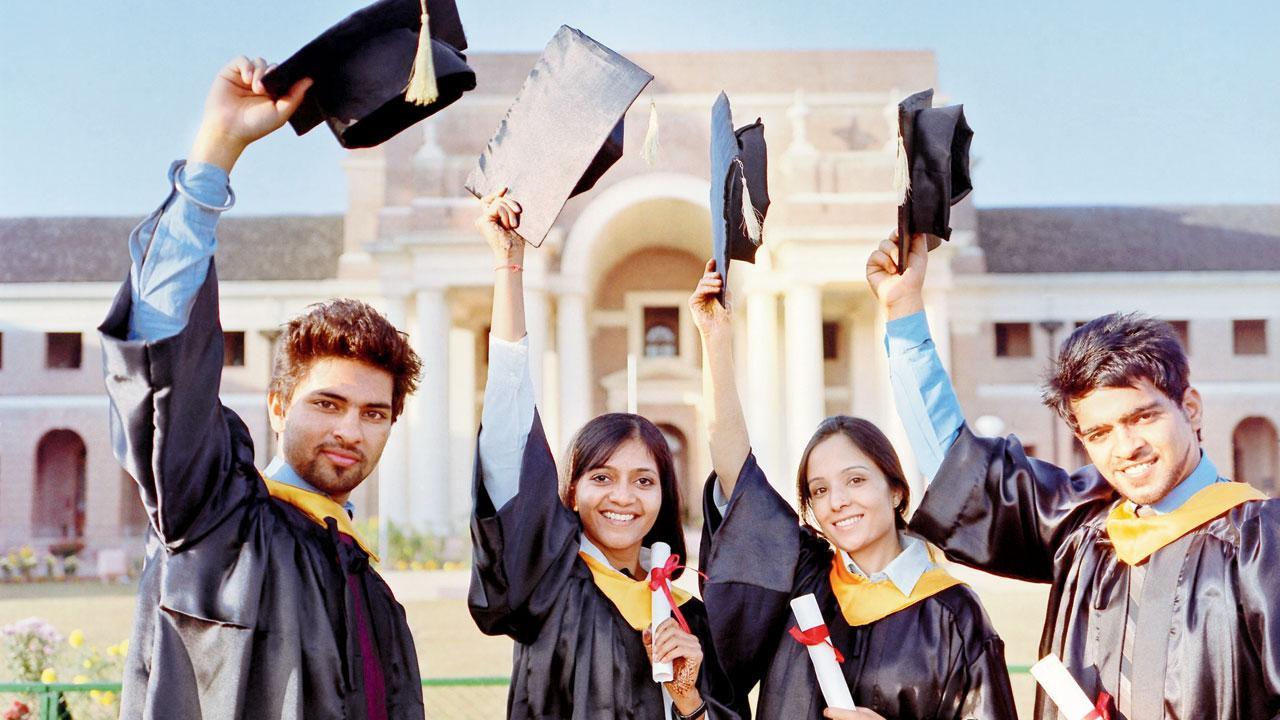 After Allahabad University decided to increase its fees by 400 per cent for each course taught, some students allegedly attempted to self-immolate a few weeks ago. I am glad I stumbled upon this story even though it did not get much attention in Bombay newspapers. I noticed that the rest of the country did not pay much attention to it, which was quite pleasant. I think the indifferent reaction to the plight of these students stems from the possibility that we have finally turned a corner and begun to accept how unnecessary university education really is.

If young students are protesting, we should let them go. If they say that society is doing injustice to them, then we should ignore them because they are probably lying. And if they insist on unnecessary things like affordable education to better themselves and their rural communities, we should tell them to wait until our more important urban needs, such as Bullet train between Bombay and Ahmedabad. It is all about priorities, and I strongly agree with the Indian government’s refusal to give too much importance to education.

I believe that watching our elected representatives on television and seeing how they interact with leaders abroad has finally taught us how high these degrees really are. We are eagerly waiting for your response. What good do they do in the real world? Some of our most respected politicians can’t even utter words like ‘strength’, but that doesn’t stop them from being high-functioning people. Why do we force our kids to waste time in college when they can choose a career in politics that doesn’t involve any hard work or intelligence?

Last time someone checked what the Maharashtra cabinet looked like, 43 per cent of ministers had declared their educational qualifications between classes 8 and 12. It was a few years before the recent period when we did not have a cabinet at all. In the latest batch of our representatives, 40 per cent have declared educational qualification between class 10 and 12. Again, 75 per cent have also declared criminal cases against themselves, so perhaps these figures are not the point of focus. It is interesting to think about who is put in charge of these sensible people, and how any lack of competence never gets in the way of discharging their duties and making decisions that affect every aspect of our lives. Perhaps this is the reason why our country functions as smoothly as it does.

Having said that, I must admit a bit of hypocrisy here, as I spent a few decades working and earning some degree. He helped me get employment, some financial security and a glimpse of a career. They also equipped me with tools that I continue to use as I try to make sense of life, but I doubt I’m in the minority, because how many people without education will turn India into a superpower any day.

The best thing about a government which has no respect for education is how it can best utilize the taxpayers’ money. That’s why I appreciated the recent move to cancel over 300 awards for scientists from the Ministries of Science, Space, Health and Family Welfare and the Ministries of Earth Sciences. I have always felt that Indian scientists are paid more and should be treated as more important contributing members of the society like chowkidars and barbers. I think the decision to create a single Nobel Prize-like award called ‘Vigyan Ratna’ is a step in the right direction as India could have won a few hundred Nobel Prizes by now if it was not possible without discrimination from the West and the influence of our unfriendly neighbours. There is a risk that our own Nobel Prize may encourage more students to study beyond class 10, but that can be easily managed by turning that prize into a lottery and charging the winner a significant amount in GST.

I also believe that one of our senior politicians should be awarded the first Vigyan Ratna, not only for his understanding of complex subjects like cloud technology, but because it brings India’s honor to many people abroad. The way they once used to be with us. Truly a well educated leader in charge.

The purpose of making the award selection process transparent is also commendable, because if our government does a better job than most governments in the world, that is the way it works with complete transparency.