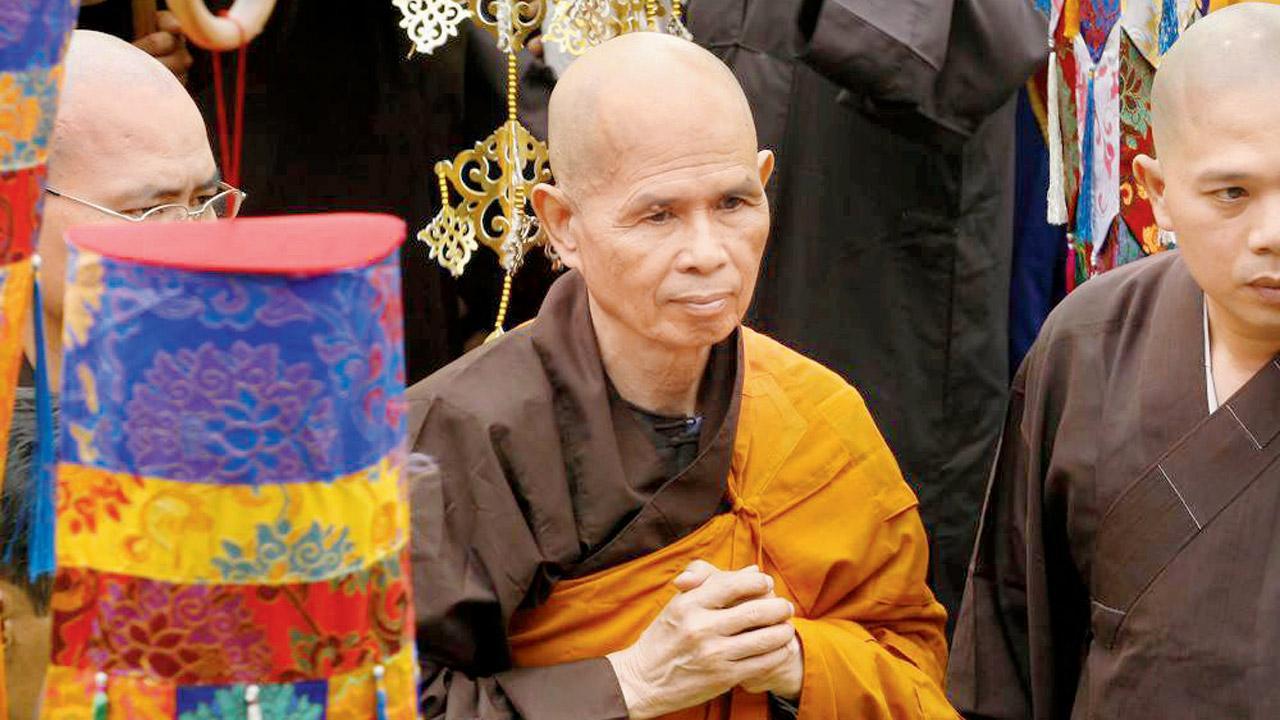 Thich Nhat Hanh, the revered Zen Buddhist monk who helped spread the practice of mindfulness to the West and was socially associated with Buddhism in the East, has died at the age of 95. The death was confirmed by a monk at the Tu Hiu Pagoda in Hue, Vietnam. Nhat Hanh, who was known to his followers as Thay, died at midnight on Saturday. The monk declined to be named as he is not authorized to speak to the media.

A post on Nhat Hanh’s verified Twitter page confirmed the news. Born as Nguyen Xuan Bao in Hue in 1926 and ordained at age 16, Nhat Hanh spent a lifetime devoted to working for peace, distilling Buddhist teachings on compassion and suffering under easy-to-understand guidance. In 1961, he went to the United States to study, briefly teaching comparative religion at Princeton and Columbia universities. He lived in exile for most of the rest of his life. There and in conversations and retreats around the world, he introduced Zen Buddhism, in its essence, as a form of peace through compassionate listening.