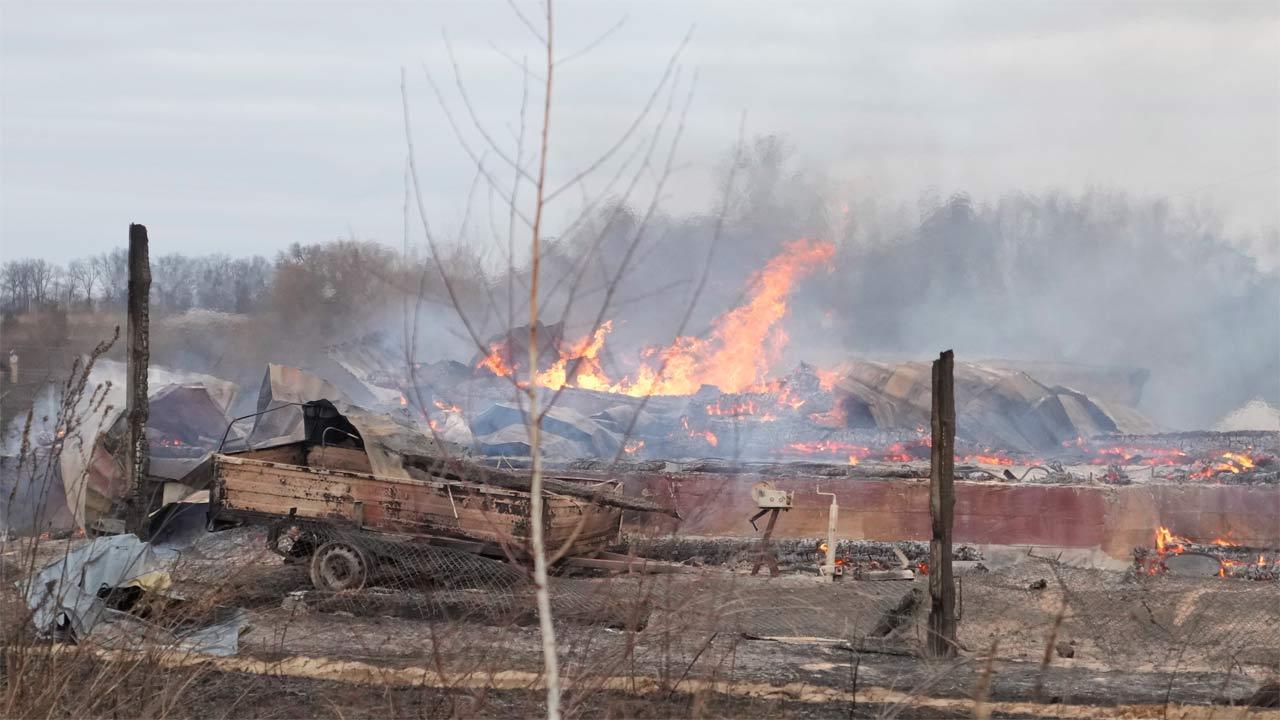 Ukraine’s defense ministry says its armed forces have inflicted nearly 800 casualties on Russian forces since the military operation began on Thursday. The ministry said more than 30 Russian tanks were destroyed, along with seven Russian planes and six helicopters. It comes hours after Ukrainian President Volodymyr Zelensky signed a decree ordering general mobilization in the wake of Russian military operations.

“The Deputy Defense Minister of Ukraine Hannah Malayar informed: as of 03:00 25.02.2022 the estimated losses of the enemy aircraft 7 units helicopters 6 units tanks – more than 30 units. BBM – 130 units. The loss of enemy personnel is approx ( specified) to) 800 people,” the Ministry of Defense of Ukraine tweeted in Ukrainian. Russian President Vladimir Putin on Monday recognized separate regions of Ukraine – Donetsk and Luhansk – as independent entities. Later, Putin ordered special military operations to “protect” the people in the Donbass region.

CNN reported that Ukraine’s Deputy Interior Minister Yevan Yesenin said the explosion was caused by Ukraine’s “anti-missile system shooting”, which was shooting a missile from the sky, noting that the input was not independently verified. Were. On Thursday, Russian Defense Ministry spokesman Igor Konashenkov said that more than 70 infrastructure facilities belonging to Ukraine were incapacitated by attacks by Russia’s armed forces.

“As a result of the attacks by the Armed Forces of Russia, 74 ground facilities of the military infrastructure of Ukraine were taken out of action. Among them 11 airfields belonging to the Air Force, three command points, a Ukrainian naval base and S- 300 and 18 radar stations of the Buk-M1 missile system,” Konashenkov was quoted as saying by the TASS news agency. The spokesman further said that the Russian attacks were not targeting social facilities in Ukrainian cities as well as military posts.