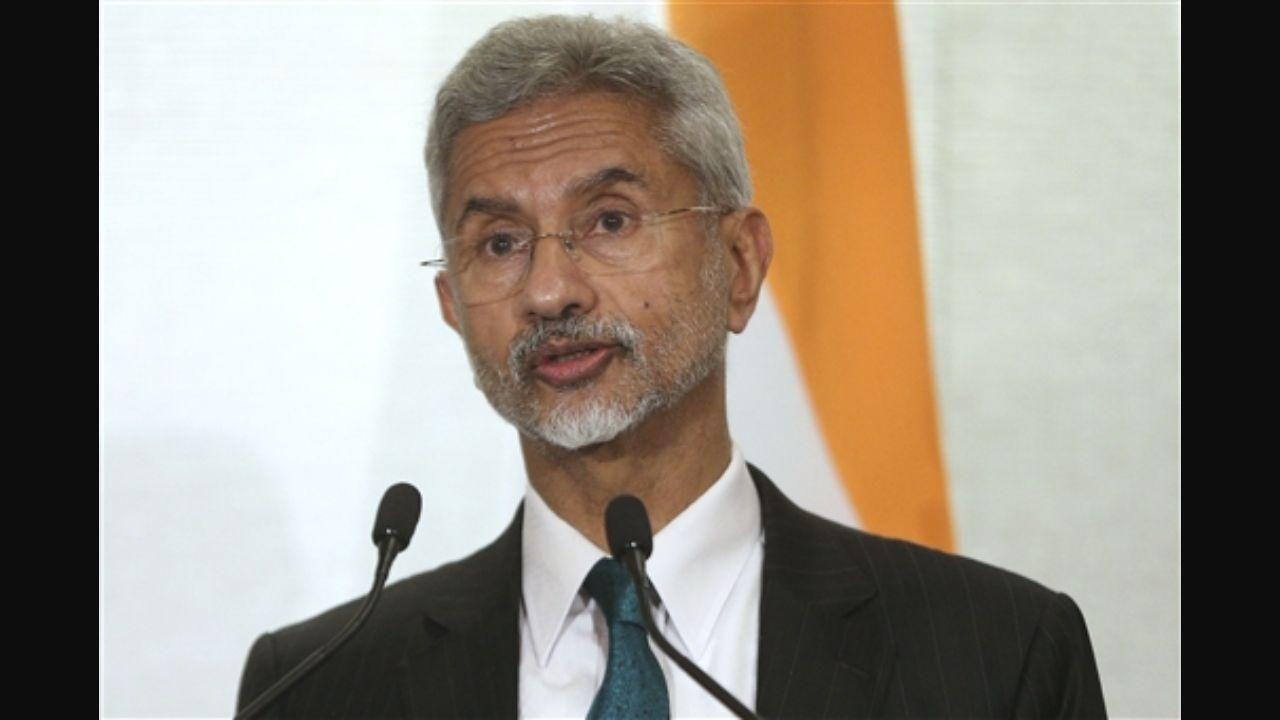 India’s ties with China are currently going through a “very difficult phase” when Beijing violated agreements not to bring military forces across the border, with External Affairs Minister S Jaishankar insisting that “the status of the border will determine” the relationship. Status of”.

Speaking at a panel discussion at the Munich Security Conference (MSC) 2022 here on Saturday, Jaishankar said India was having problems with China on the Line of Actual Control.

“For 45 years, there was peace, there was stable border management, there had been no military casualties along the border since 1975. This changed because we had agreements with China not to bring military forces to the border (Line of Actual Control or LAC) ) ) and the Chinese violated those agreements, the minister said in response to a question from moderator Lin Kook.

“Now, the border situation will determine the status of relations. It is natural. So obviously, relations with China are going through a very difficult phase right now,” he said.

The eastern Ladakh border standoff broke out between Indian and Chinese armies following violent skirmishes in the Pangong Lake areas and both sides gradually increased their deployment with tens of thousands of troops as well as heavy weapons.

Tension escalated after a deadly clash in Galwan Valley on June 15, 2020. Jaishankar, who was in Melbourne last week, had said that the situation on the LAC arose due to China’s defiance of agreements written in 2020. soldiers on the border and noted that Beijing’s action has become an issue of “legitimate concern” to the entire international community.

In response to a question during a joint press conference with his Australian counterpart Maris Payne in Melbourne, he said, “When a large country disregards written commitments, I think it is an issue of legitimate concern to the entire international community.” Is.”

Jaishankar participated in a panel discussion on the Indo-Pacific at the MSC, which aims to deliberate extensively on the escalating tensions between NATO countries and Russia over Ukraine.

When moderator Lynn Cook asked how India was contributing to European security and compared the Ukraine crisis to the situation in the Indo-Pacific, Jaishankar said, “Well, I don’t think the situation in the Indo-Pacific and the transatlantic of course, your question assumes that there is somehow a trade-off and that a country does so in the Pacific, so you do something else in return, I don’t think international relations are like this. kind of work.”

“We have very different challenges, what is happening here or what is happening in the Indo-Pacific. In fact, if that logic had any connection, you would have a lot of European powers already in a very sharp position in India. -Pacific. We didn’t see that. We haven’t seen that since 2009,” Jaishankar said, flexing his muscles in the region amid an aggressive China.

China claims almost all of the disputed South China Sea, although Taiwan, the Philippines, Brunei, Malaysia and Vietnam all claim parts of it. Beijing has built artificial islands and military installations in the South China Sea. Beijing is also involved in a maritime dispute with Japan over the East China Sea. Both regions are said to be rich in minerals, oil and other natural resources and are also important for global trade.

On connectivity, Jaishankar said that it should be transparent and commercially based. Amid international concern over China’s debt-trap policy, he said it should not make debt and it should not violate countries’ sovereignty and territorial integrity.

“If connectivity initiatives are based on a common approach, it is natural that you will converge, that you will align, that you will see how it works for each other. So we will certainly encourage countries that have Connectivity principles and policies are the same,” he said.

China’s acquisition of Sri Lanka’s Hambantota port on a 99-year lease to swap $1.2 billion in debt drew international concerns over Beijing securing strategic assets by providing huge loans and investments to smaller countries.
India has protested to China over the $60 billion China-Pakistan Economic Corridor connecting China’s Xinjiang with Pakistan’s Gwadar port as it is being laid through Pakistan Occupied Kashmir (PoK).

On the Quad, Jaishankar rejected the notion that the four-member grouping is an Asian NATO as an entirely misleading term and said there are interested parties who push such similes. He described the Quad as “a group of four countries with common interests, common values, great comfort, located in the four corners of the Indo-Pacific.

“This is not a post-2020 development. Our relations with the Quad partners – the US, Japan and Australia – have steadily improved over the past 20 years. The Quad has a value in itself. It is the four countries that today believe that The world will be a better place if they cooperate. And that is essentially what is happening,” Jaishankar said.

In November 2017, India, Japan, the US and Australia gave shape to the long-pending proposal to establish a Quad between China to develop a new strategy to keep important sea routes in the Indo-Pacific free of any influence . Military presence in the region is increasing.