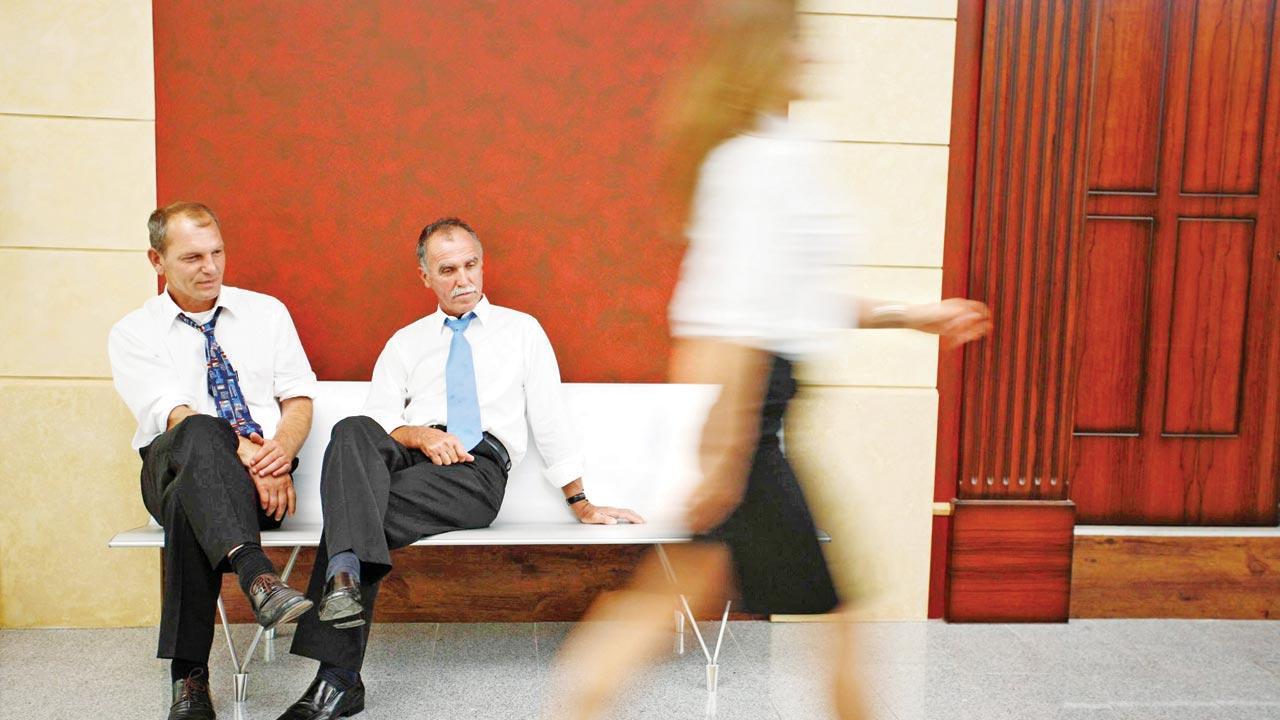 I am constantly intimidated by Indian men. I state this as one, which absolves me of the allegation that I am not qualified to comment. After all, we are touchy people, and are not exactly known for our ability to handle criticism of any kind. I believe we have a problem because most of us don’t know how to deal with women. I know how ridiculous this sounds, but I would like to reiterate that the only people whose opinion matters on this issue are women. Why not ask them if they agree?

Indian men are primarily raised with the illusion that the world revolves around them and their desires, no matter how absurd. If you want to stop and objectively see how most of us behave in the presence of women, it’s obvious and on display at any time of the day, wherever you are. It’s the way we occupy space in elevators or public transportation, the way we talk to our female colleagues in conference rooms, and the way we certainly ignore casual sexism. We claim to love our sisters and mothers but have no problem harassing the sisters and mothers of other Indian men. The hypocrisy is astonishing.

I encourage men reading this to try a walk with a female relative or friend this week and pay attention to how other men react to her presence. See how she is evaluated and evaluated in a million ways almost instantly, and the closeness of your presence or absence has a direct impact on how the men around her cope. If a female is supposed to walk alone, the males around her will behave in a fundamentally different way within seconds. If they are in a group, they—nine times out of ten—will believe it is their birthright to talk about how she looks or the clothes she is wearing. If the woman in question is young and attractive, those conversations will be shared out loud and directed toward her without hesitation. It doesn’t matter how she feels.

Misogyny permeates most aspects of our culture and has a direct impact on how our sons and daughters are raised. It affects every aspect of their lives, from the opportunities they get at birth to the kind of freedom they are allowed when they grow up at home and in public. It defines when and whether they are allowed to marry, whether they are allowed to rent an apartment in cities or not, and how they need to reach a certain age before giving them a semblance of respect. This is why we are one of the few countries in the world that needs a ‘Beti Bachao, Beti Padhao’ PR campaign to remind us how we treat girl child. This campaign is a sham, not taking away from the fact that it exists because we all share in what it needs.

Ask a female relative how safe she feels while walking on the road after dusk or getting into a rickshaw or taxi herself. Take a moment to understand how insecure women feel when they walk in the park, and why they are never given the luxury of not being cautious when doing things that men take lightly. Watch how our male politicians publicly humiliate them on national television and keep them safe in the knowledge that it will have no consequences.

When we start to accept that men have problems with how they perceive and treat women, then things can start to change. It hasn’t happened in hundreds of years, so I’m not optimistic, but I hope we can have a conversation about it, at least, because it seems India is slipping backwards instead of embracing growth and change. Is. More women are being excluded from public discourse than ever before, which is why official committees working for their welfare are largely manned by men.

In recent weeks, the world outside has been intimidated by apps that buy and sell Indian women. At home, most of us have shrugged our shoulders. Our honorable leaders didn’t say a word, probably because we all know how much respect they have for the women in their lives. shame on them. Shame on the rest of us.