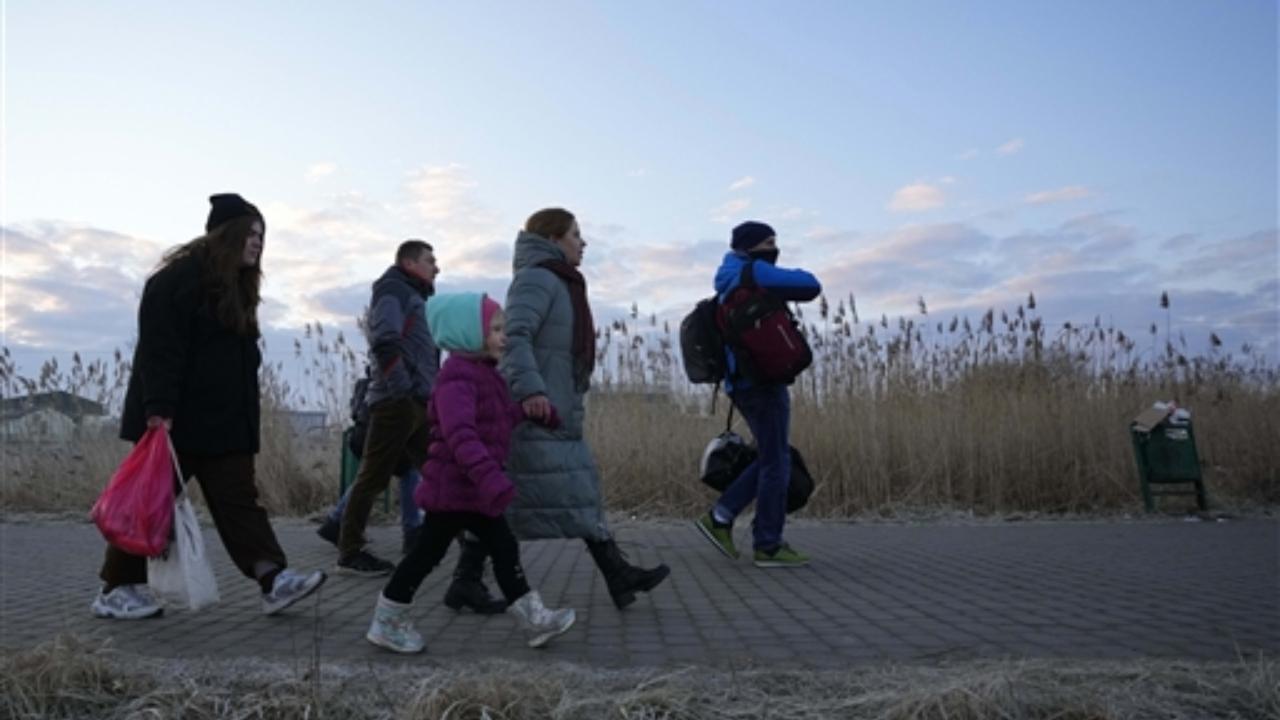 The Indian Embassy in Kiev on Sunday issued a second advisory to all Indian nationals stranded in Ukraine, advising them not to venture out as fierce fighting continues in Kharkiv, Sumi and Kiev.

“Based on the latest inputs, intense fighting is underway in Kharkiv, Sumy and Kiev. It is reiterated, Indian citizens in these cities, and in other cities where curfew has been imposed, are required to venture towards railway stations. is not permitted until the curfew is lifted and considerable civil agitation is renewed,” the advisory read.

Russian troops have reportedly entered Ukraine’s second largest city, Kharkiv, amid fierce fighting. A viral video on social media showed several Russian light military vehicles on the streets of the city, with some footage showing the vehicles being torched.

In an advisory to Indian nationals on Saturday, the embassy stressed that the situation at various border posts is sensitive and it is continuously working with embassies in neighboring countries for coordinated evacuation of our nationals.

“All Indian nationals in Ukraine are advised not to visit any border posts at the border posts without prior coordination with the officials of the Government of India and without the emergency numbers of the Embassy of India, Kiev.”

“The Embassy is finding it difficult to help Indian nationals who reach the border posts without prior notice,” it added.

The embassy advised Indians to stay in the western cities of Ukraine where water, food, housing and basic facilities are relatively safe.

EAM thanked Hungarian Foreign Minister Peter Sizzarto for assisting in the evacuation of Indian nationals from Ukraine and requested for further cooperation.

Jaishankar also spoke to Moldova’s Foreign Minister Niku Popescu and sought support for the entry of Indian nationals at the Ukraine-Moldova border. The External Affairs Minister praised their support in the evacuation process.

In a separate tweet, Jaishankar said, “Seeked support to the Foreign Minister of Moldova @nicupopescu for facilitating the entry of our citizens at the Ukraine-Moldova border. Appreciated his ready response and strong support. #TeamMEA representatives will reach there tomorrow accordingly.” “

External Affairs Minister Dr S Jaishankar said on Sunday that the fourth flight has left for Delhi from Bucharest (Romania) to bring back 198 stranded Indians from Ukraine under Operation Ganga.

Jaishankar said in a tweet, “Operation Ganga is on. Fourth flight has departed from Bucharest to bring our 198 Indians safely to Delhi.” Earlier in a tweet, the External Affairs Minister said that the third flight to Delhi with 240 Indian nationals took off. From Budapest, Hungary under Operation Ganga.

“The 3rd flight of #OperationGanga with 240 Indian nationals has taken off from Budapest to Delhi,” he tweeted.

Amid the current Ukraine-Russia crisis, the Indian Embassy in Kiev has advised Indian citizens against visiting any border posts at border posts without prior coordination with government officials.

A total of 469 Indian nationals have been evacuated from war-torn Ukraine so far, of which 250 reached Delhi on Sunday morning and 219 reached Mumbai on Saturday evening.

Video from eyewitnesses showed explosions in Ukraine’s capital city as some media reports said Ukraine and Russia are discussing a place and time for talks.