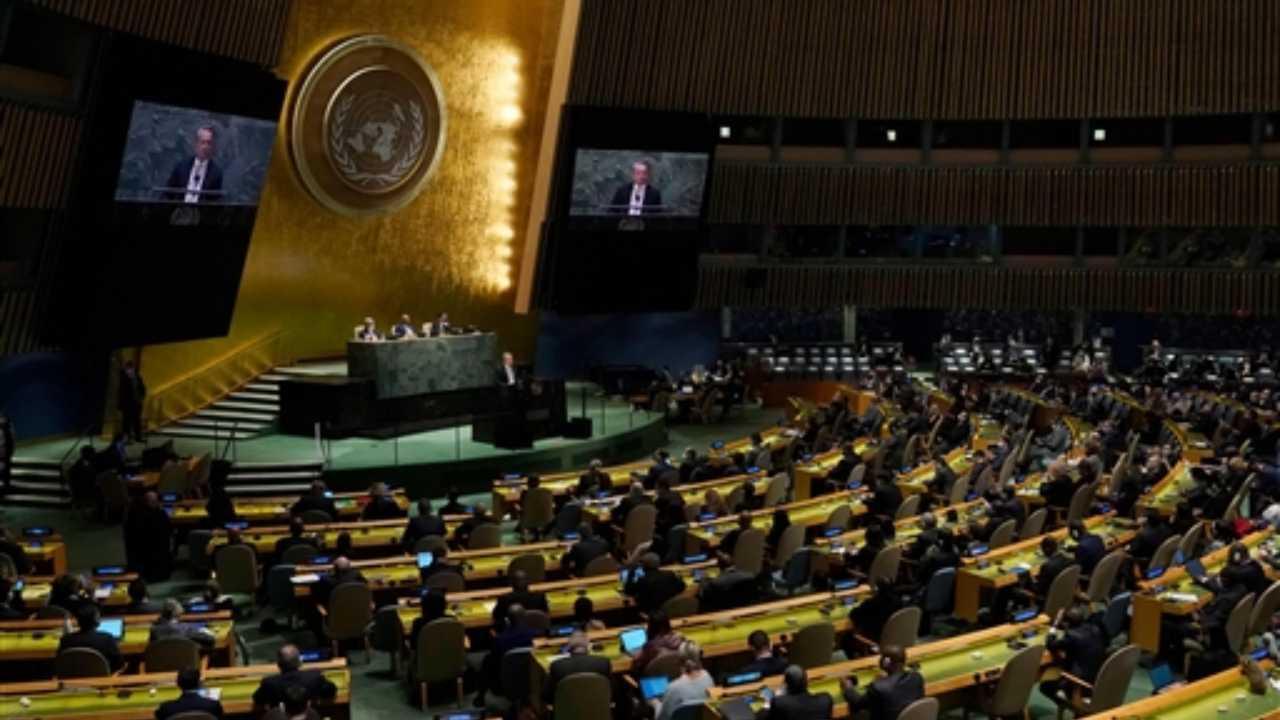 India did not participate in the 193-member UN General Assembly on a resolution strongly condemning Russia’s aggression against Ukraine, the third boycott by the country in less than a week at the world body on resolutions on the escalating crisis between Moscow and Kyiv.

The General Assembly on Wednesday voted to reaffirm its commitment to Ukraine’s sovereignty, independence, unity and territorial integrity within its internationally recognized borders and “condemn in the strongest terms” Russia’s aggression against Ukraine .

The resolution required a 2/3 majority of those who voted yes and no to be accepted in the General Assembly. A total of 141 members voted in favor of the motion while 5 opposed it. India was among 35 countries that abstained.

The UNGA resolution was similar to the resolution circulated in the Security Council of 15 countries last Friday, on which India also did not participate.

A UN Security Council resolution, with 11 votes in favor and three absent, was blocked after permanent member Russia exercised its veto.

Following the council’s failure to adopt the resolution, the Security Council voted again on Sunday to convene a rare “emergency special session” of the 193-member General Assembly on the crisis.

India again shelved the offer, reiterating that “there is no choice but to return to the path of diplomacy and dialogue.”

The procedural resolution was adopted on Sunday, even though Moscow voted against it and the General Assembly held a rare emergency special session on the Ukraine crisis on Monday.

With the adoption of the UN Security Council resolution on Sunday, for the first time in 40 years, the Council decided to convene an emergency special session of the General Assembly.

The resolution also demanded that Russia “immediately, completely and unconditionally” withdraw all of its military forces within its internationally recognized borders from the territory of Ukraine.