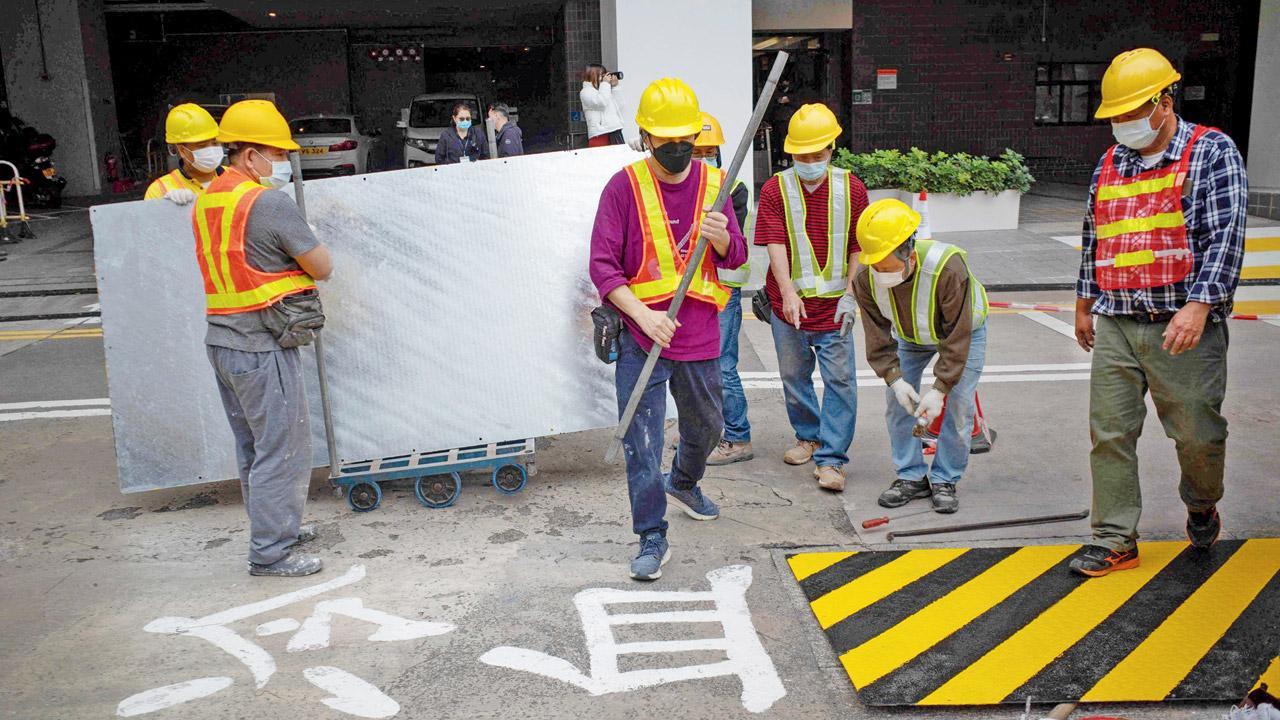 A major Hong Kong university on Saturday covered a painted slogan commemorating China’s Tiananmen Square crackdown, the latest example of a public June 4 memorial being removed in Chinese-ruled Hong Kong. A journalist noticed about a dozen construction workers put up gray metal construction billboards around a “martyr slogan” painted across the length of the University of Hong Kong (HKU) Swire Bridge. The slogan painted on the pavement read, “Despite the martyr’s massacre, the souls of the martyrs will live forever. The spark of democracy will always shine for the end of evil.”

When asked why the university covered up the 20-character slogan that removed the Tiananmen statue in December, a spokesperson for HKU said by email, “The University of Hong Kong regularly performs maintenance work at various locations and facilities. The above site is one such project.” For more than three decades, it has been a tradition for students at HKU to repaint the slogan on the bridge ahead of the 1989 anniversary of the action.