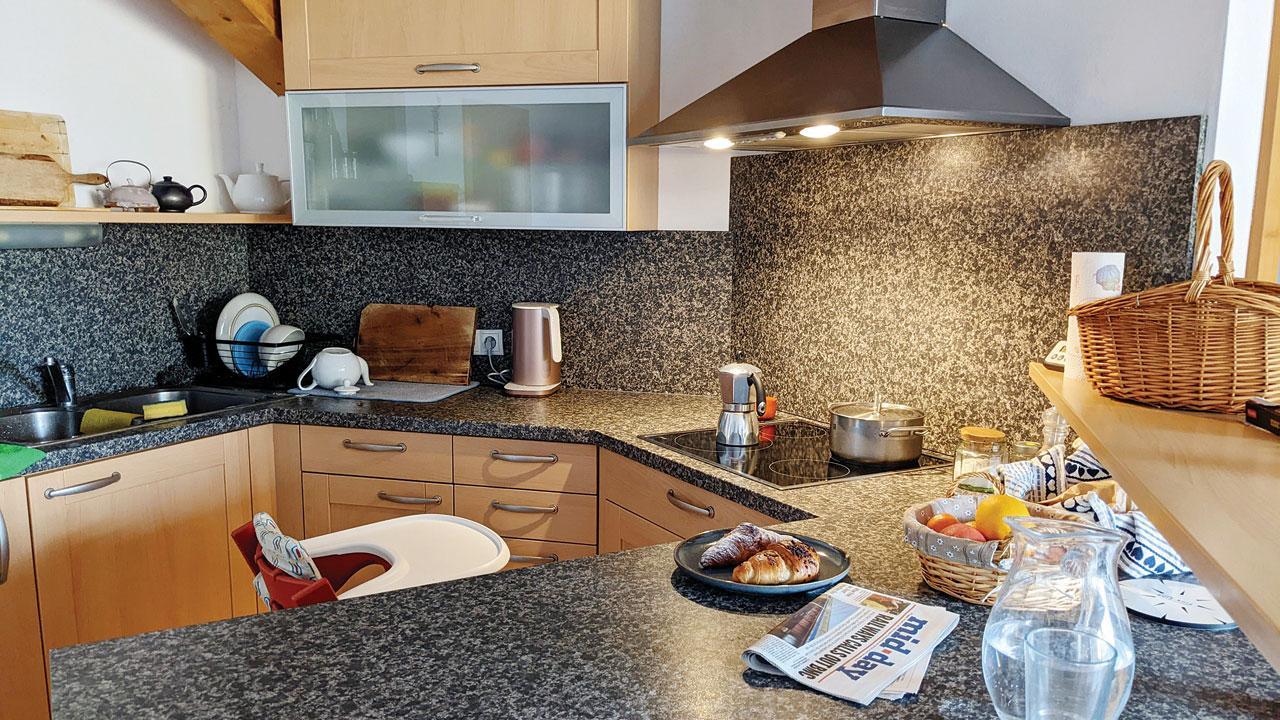 Sometimes my partner makes a request for dinner. The latest was the most unusual. He wanted a curry with which we could eat the fugia that he had brought us back from Mumbai. We unpacked them like they were gold biscuits, carefully placing them in Tupperware so they could sit in the fridge until I had time to finish them. My parents ordered a kilo from Cecilia, who lives in the village of Kurla and, by our family’s estimation, makes the best—light and fluffy, not overly sweet, and served in a long bowl with a splash of water. Tastes exceptional when revived after flight and a little oven time. My sister had asked me if I wanted Vindaloo. I declined because of the logistical challenge of transporting some liquid through the complicated journey involved in getting from the airport to our apartment in Milan. I asked him for masala instead. He sent me two bottles of East Indian spices, one for fish, the other for mutton. They were among a vast array of gifts that composed my companion’s luggage. The fish masala was perfect. I marinated some large prawns with it in the evening, added ginger garlic paste, salt, and coated it with corn kernels from Tramin before frying with a little oil. I ate them with a pumpkin rice casserole, which I tried to recreate with leftover roasted pumpkin soup from the night before.

My partner made us soup for lunch, a traditional South Tyrolean preparation consisting of selected vegetables and a piece of meat, cooked for at least 1.5 hours, served with a small shell-shaped pasta Is. I thought of making something with the cooked meat, as I usually do, inspired by a bell pepper stir-fry using my father’s Worcestershire sauce and other secret ingredients. But my companion asked if we could have faggia instead. It was more than two years since we both had them with gravy. I would have liked to make a chicken curry with coriander and coconut, but, to our misfortune, we didn’t have any of these ingredients and would need at least a day to order them. So I decided to try an unusual, possibly never tried fusion before- an East Indian Goulash.

Ever since I became familiar with goulash, I’ve found it to be a dish eaten in northern Europe that comes closest in flavor to beef curry. We recently started following a recipe in a book that was gifted to my partner decades ago by his aunt. It has the most accurate descriptions, and offers interesting tips and tricks for wringing flavor out of ingredients. For example, with them, as well as my recipe for Bolognese sauce, I was able to up my béchamel game. Instead of using the sweet paprika that any recipe for goulash calls for, I used a fiery red spice sent by my sister that was marked ‘M’ for meat. I bought cubes of veal, really a luxury, and set it to stew, using about half a kilo of onions, which the original recipe demanded, around 5 pm. Around 7 o’clock, when the veal and onions had begun to sing to each other, producing an unbridled moist gravy, I poured in a little creamy coconut milk to round off the sharp edges and interfere with the intensity of the spice. I revived faggia in the oven, giving them enough time to cool so that one could actually eat with one’s fingers and soak up the gravy. Although we finished the veal, we only had a little gravy left which I will definitely be using again. I’m thinking egg drop curry. I’ll use the rest of the coconut milk and poach free-range farm eggs in it.

Such use helps me to bear the long absence of my loved ones in my everyday life. Homesickness serves as a motivation, remedy and kitchen ingredient. Each dish I make conjures up memories that fill my home when the various scents melt and waft and cling to my clothes. I prefer to tell my child about their origins when I sit on my high stool rather than play with his things in the kitchen. I am hoping that my mother’s Christmas gift to him will be a wooden rolling pin so that he can make chapatis with me.

I’m being interviewed by Roma Buchhalter tomorrow for her podcast, Cerdan Stories, in which she talks to writers who are living in some sort of exile. I didn’t imagine that this field would apply to me, and yet it is my state of being. Yesterday I read a copy of last Friday’s afternoon which my companion had brought back. I can’t even begin to describe the pleasure I got from flipping through the pages and reading the local news, looking at the crosswords I loved printing my own column and glancing at it. Soon, I told myself with each bite of Bottle Masala Goulash and Fugia last evening. soon…