TrendingBazz
Home opinion Half a century of whitewashes 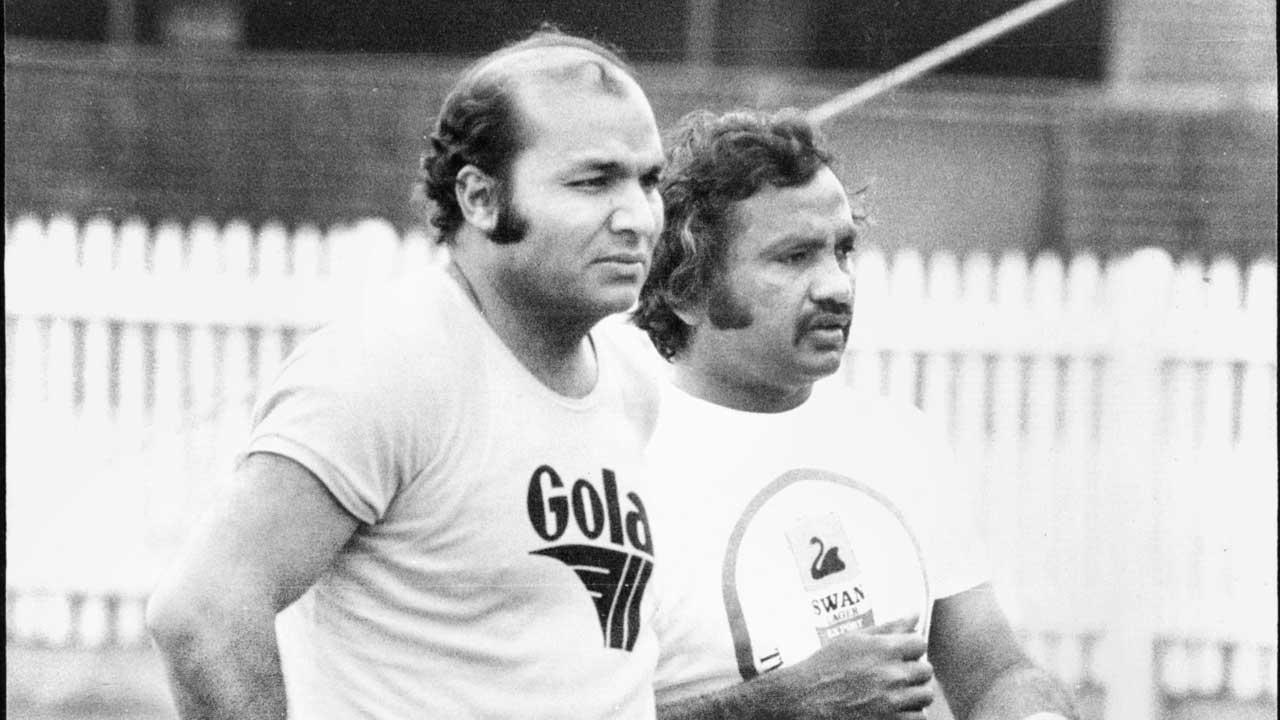 Pakistan has whitewashed the opposition in three Test matches more times than it has inflicted such humiliation.

The 2022-23 season will mark 50 years since Pakistan’s first whitewash, which they suffered at the hands of Ian Chappell’s team in Australia in 1972-73.

The Melbourne game of that series began on this day in 1972, following an emphatic Australian victory in the First Test in Adelaide. The Third Test in Sydney also went in Australia’s favour, resulting in a complete 3–0 victory for the hosts.

The Australian team for Melbourne featured two Test debutants in the form of Jeff Thomson and Max Walker, who were joined by Dennis Lillee in the pace attack, which was a major factor in Australia regaining the Ashes in 1974–75. would cause.

December 29, 1972, was a satisfying day for Australia as they scored 349 in the first innings from Intikhab Alam, dismissing only local boys Paul Sheehan (run out for 23) and John Benaud (13) cheaply. can do.

Read also: A pen for my thoughts (NY).

Ian Redpath scored 135 before being dismissed by the Pakistani captain. Ian Chappell dismissed wicketkeeper Wasim Bari for 66 off Sarfaraz Nawaz. Greg Chappell remained not out on 71 while Rodney Marsh joined him on 27 at the end of the first day.

Greig completed his third Test century the next day after his brother declared at 441 for five. Pakistan proved handy at the batsman-friendly Melbourne Cricket Ground strip; Ending day two on 292-1. Left-handed Sadiq Mohammad scored his maiden Test century while Majeed Khan remained unbeaten on 92 in the middle.

New Year’s Eve was a day of rest and 1973 began with Pakistan scoring more runs. Saeed Ahmed, who had retired hurt on the second day, returned after scoring 50 and Zaheer Abbas was dismissed for 51. Mushtaq Mohammad and Intikhab also scored half-centuries as Pakistan declared on 574-8. This was an innings in which Thomson returned figures of 0–100 while bowling with a broken leg. Fellow debutant Walker claimed 2-112, while spinner Ashley Mallett was the most impressive bowler with 3-124.

Ian Chappell decided to let Benaud take his one-drop position and the New South Welshman responded with a fine century. Benaud had already been dropped for the third and final Test in Sydney, but Chappell wanted to include him in his team to tour the West Indies at the end of the year. In the book, Matters of Choice, Benaud, a future Australia selector, wrote: “Who knows why Chappell changed the batting order? Did he do it for me, or was he out of sorts? This captain certainly than sent me as his nightwatchman.

On the next page, Benaud said, “Whatever the reason, the captain showed confidence in me when I was struggling. He gave me a chance to score a century. He took me to the Australian team in West Indies in 1973. It was one of the best tours in Australian cricket.

The other Australian to score a century was Sheehan, who praised the captain in the book Test Passing. “Paul Sheehan also completed a very good century, then unleashed a series of brilliant hits before he was finally caught at the boundary off a hook shot. I couldn’t help but nod my head in approval—it was so enjoyable to see someone else hooking him to the boundary,” wrote Chappell, a compulsive hooker.

This time no announcement was made from Australia. He was dismissed for 425, leaving Pakistan 293 to win in five and a half hours on the morning of the last day. A draw looked more likely, but Pakistan’s fragility showed.

Lilly and Walker sent back openers Saeed and Sadiq for a single-digit score. Zaheer was run out again, while Mushtaq (13) was similarly dismissed in collusion with Asif Iqbal, who made 37 before being sent back by Walker, caught at point by Ian Redpath. Walker dealt another blow to Pakistan’s total of 138 without adding a run when he clean bowled wicketkeeper Wasim Bari. Mallet had Intikhab caught by his rival captain for 48 runs.

Majid fell three runs short of his half-century when he was caught by Marsh off Lillee.

The departed Walker, who came in as a replacement for opener Keith Stackpole, was pleased with the way things were curving in his debut Test. He had his first taste of Chappell’s leadership at Test level and wrote in Tangles: “It was not so much that he [Chappell] The rhetoric inspired the players; But it was an aura of confidence that he had about himself. He never felt that his players could rise to any challenge and this in turn gave his men the extra confidence they needed to succeed.

Walker should know. In the final Test in Sydney, he claimed 6–15 in Pakistan’s second innings for Australia to complete a 3–0 whitewash of Pakistan.

In the next 50 years, only once was Australia beaten 3–0 by Pakistan – on the 1982–83 tour. And Pakistan will be hoping that it won’t take long to exact a comprehensive revenge on its latest victor. Attention, England!

Mid-day’s group sports editor Clayton Murzello is a purist with an open stance.
He tweeted @ClaytonMurzello. Send your feedback to mailbox@mid-day.com
The views expressed in this column are those of the individual and do not represent the views of the paper.