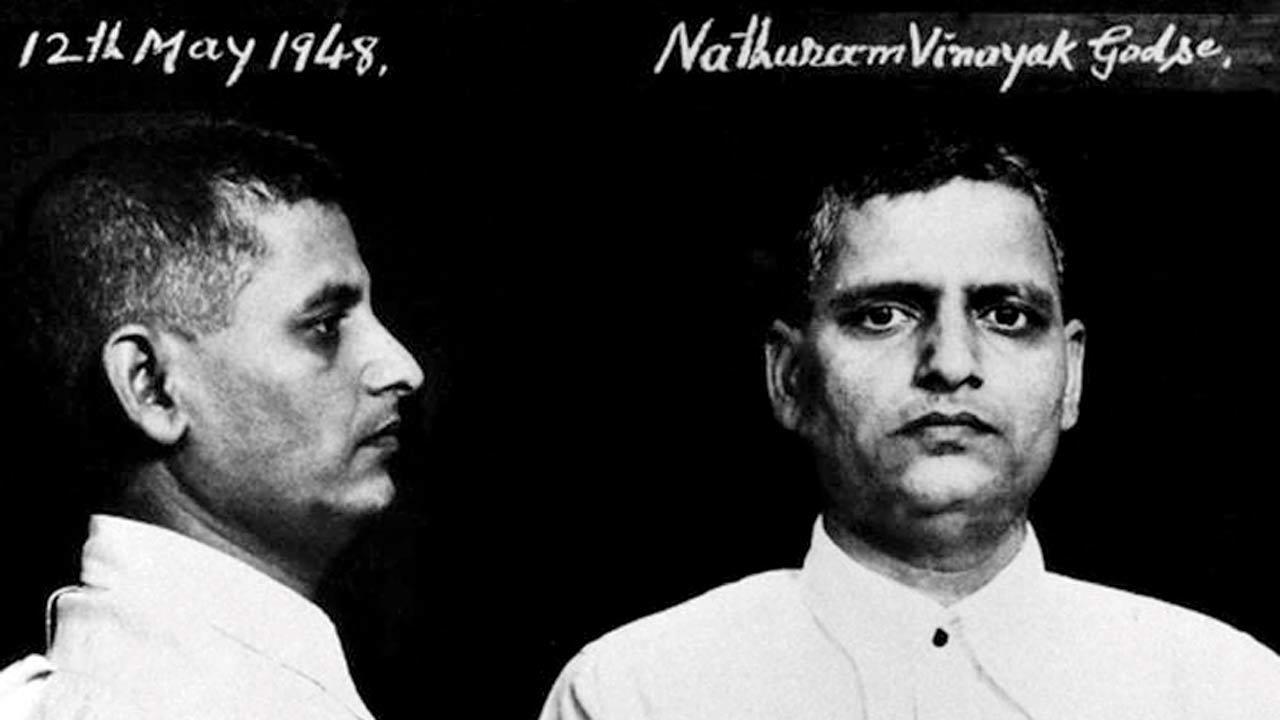 The reaction against the assassination of Mahatma Gandhi on 30 January 1948 prompted the Rashtriya Swayamsevak Sangh to declare on 1 February that his assassin Nathuram Godse was “never associated with the organization in any way”. During the Gandhi assassination trial, Godse told the court that he left the RSS to join the Hindu Mahasabha because he wanted to fight for the “just rights” of Hindus.

Thus a myth was born.

This myth was bolstered by American researcher JA Curran Jr., who claimed in 1951 that Godse had joined the RSS in 1930 and left it in 1934 to become a member of the Hindu Mahasabha. Kuren said the reason for this was that RSS founder KB Hedgewar had refused to convert his then new organization into a political one. Curran did not cite a source for his claim.

The myth of Godse leaving the RSS has now become a historical fact.

The cover of Gandhi’s assassin: the making of Nathuram Godse and his idea of ​​India. photos/twitter

Journalist Dhirendra K Jha’s page-turner, Gandhi’s Assassin: The Making of Nathuram Godse and His Idea of ​​India reveals that the myth about the Mahatma’s assassin was a lie created by the RSS to hide its bloody vision. After examining a rich range of documents and biographies of little-known RSS pracharaks, besides interviewing relatives of those who played a role in Gandhi’s assassination, Jha prepared a chronology showing that Godse was always an RSS man— And died as one, too.

Far from leaving the RSS in 1930, Godse joined it only in 1934, when his father moved to the city of Sangli. It was here that Godse came under the influence of a charismatic Brahmin, KB Limaye, who took the oath of the RSS in 1932 and was made the head of its Maharashtra unit in 1934. Limaye roped in Godse to handle the propaganda of the RSS.

Under pressure to contribute to the family kitty, Godse was advised by Limaye to move to Pune, which he did in late 1936 or early 1937. He set up a sewing business in partnership with another RSS worker. His business was flourishing because RSS workers had got their uniforms stitched from him.

The first concrete evidence of Godse joining the Hindu Mahasabha comes on October 1, 1938, when he led its activists against the Nizam of Hyderabad to protest the suppression of religious rights of Hindus. Godse, who was sent to jail for 12 months, organized an RSS shakha or camp within his premises. Jha quoted another prisoner VG Deshpande as saying that Godse had administered the oath of RSS to him during his imprisonment.

Upon his release from prison, Godse neither left nor was he expelled from the RSS for his Mahasabha activism. Jha referred to a document that showed Godse had attended an important meeting of the RSS as an “original member” in Pune on December 1, 1939. The next year, he attended an RSS meeting as an “organiser”, which meant that he was promoted.

So much for the claims that Godse left the RSS in 1930!

In July 1940, the British Indian government banned members of voluntary organizations from wearing uniforms and holding parades. This diminished the attractiveness of the RSS, as the practice in khaki shorts was a major attraction for the youth. Godse and Narayan D’Apte, also hanged for their role in Gandhi’s assassination, bypassed the ban, as they were instrumental in the formation of the Hindu Rashtra Dal (HRD) in 1942. The HRD offered military training to the young men, including air guns.

The HRD can be regarded as a reaction to the Hindu Mahasabha’s 1939 resolution of the Hindu National Militia. Yet HRD also had the imprint of the Sangh. Godse is on record as saying that “volunteers and their sympathizers” participated in the first human resource development camp in May 1942. Jha quoted Godse’s friend LG Thatte as follows: “The Hindu Rashtra Dal was formed from people trusted by the RSS.”

For the second human resource development camp the next year, the RSS sent two of its best teachers—PG Sahasrabuddhe and DV Gokhale. Then, Limaye headed the HRD as well as the Maharashtra unit of the Sangh. Walter D. Anderson and Sridhar D. Damle claim in The Brotherhood in Saffron that Limaye was no longer a member of the RSS between 1943 and 1945. Jha, however, shows that Limaye was on the list of RSS organizers during those years.

Jha says that Godse’s everyday attire was the uniform of the RSS – khaki shorts, a white half-sleeved shirt and a black cap. In later years, he started wearing the dhoti, but the RSS cap for the Mahasabha never changed. Dada Maharaj, a Hindu preacher, testified to the police that Godse always wore the RSS uniform during his meetings in 1947.

Jha shows that membership of the RSS and the Hindu Mahasabha were largely intertwined, which explains why Godse read the first four sentences of the RSS prayer before hanging. His idea of ​​loyalty saved him, during the court trial, the RSS from the impenetrable stain of Gandhi’s assassination.

Jha’s book should come in handy for the legal team of Congress leader Rahul Gandhi, who is facing a defamation case for saying that the Mahatma was murdered by an RSS man. With Jha’s intriguing investigation, Gandhi can thwart the lie that Godse had left the RSS long before the Mahatma opened fire.