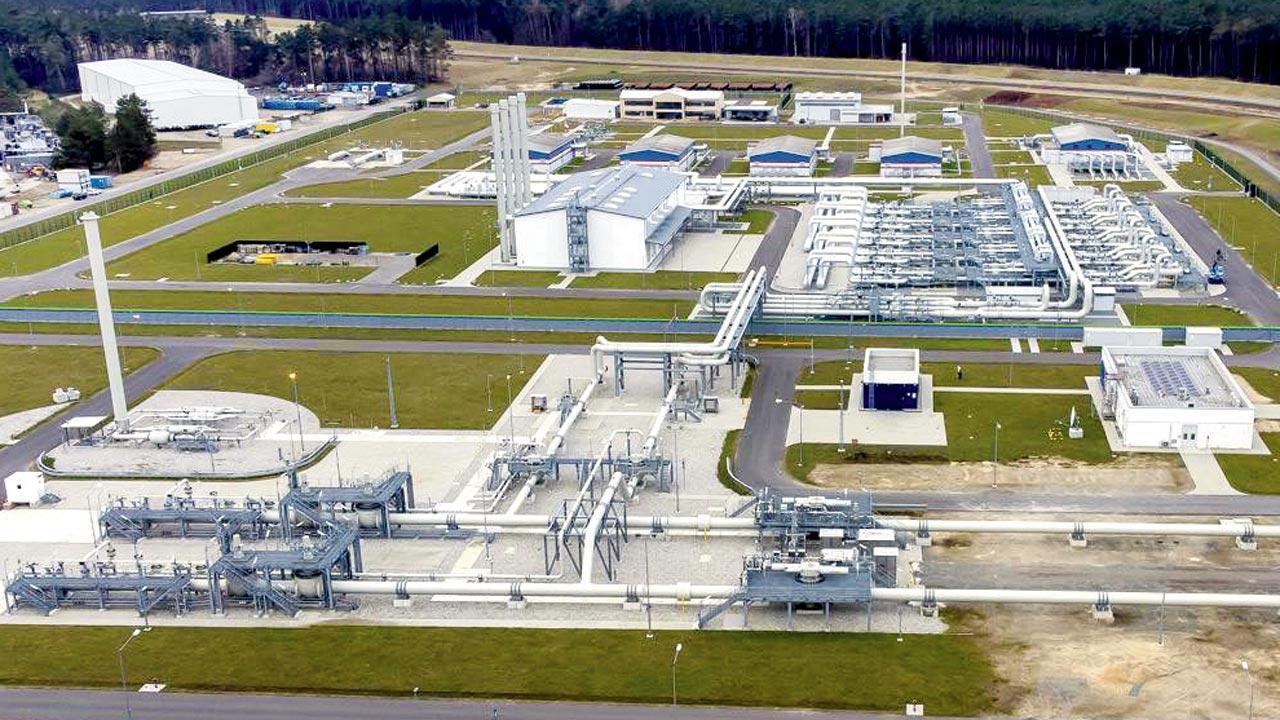 Germany has taken steps to halt the process of certifying the Nord Stream 2 gas pipeline from Russia, Chancellor Olaf Scholz said on Tuesday, as the West began to take punitive measures against Moscow over the Ukraine crisis. Scholz said his government took the decision in response to Russian President Vladimir Putin’s recognition of the independence of two separate regions in eastern Ukraine, which he said marked a “serious violation of international law”.

It is now up to the international community to react to this unilateral, incomprehensible and unfair action by the Russian president,” he told reporters in Berlin, adding that “it was necessary to send a clear signal to Moscow that such an action would not take place.” “Be without consequences.”

Pipes at the landfall facilities of the ‘Nord Stream 2’ gas pipeline in Lubmin, northern Germany, on February 15

The decision is a significant step for the German government, which had long resisted pulling the plug on the project, despite pressure from the United States and some European countries.

“The situation is fundamentally different now,” Scholz said, explaining that the government had decided to withdraw a report on the impact that the pipeline – which has not yet begun to operate – had on the safety of Germany’s gas supply. will be on.

“This may sound technical, but it is a necessary administrative step without which the certification of the pipeline can no longer take place,” he said.