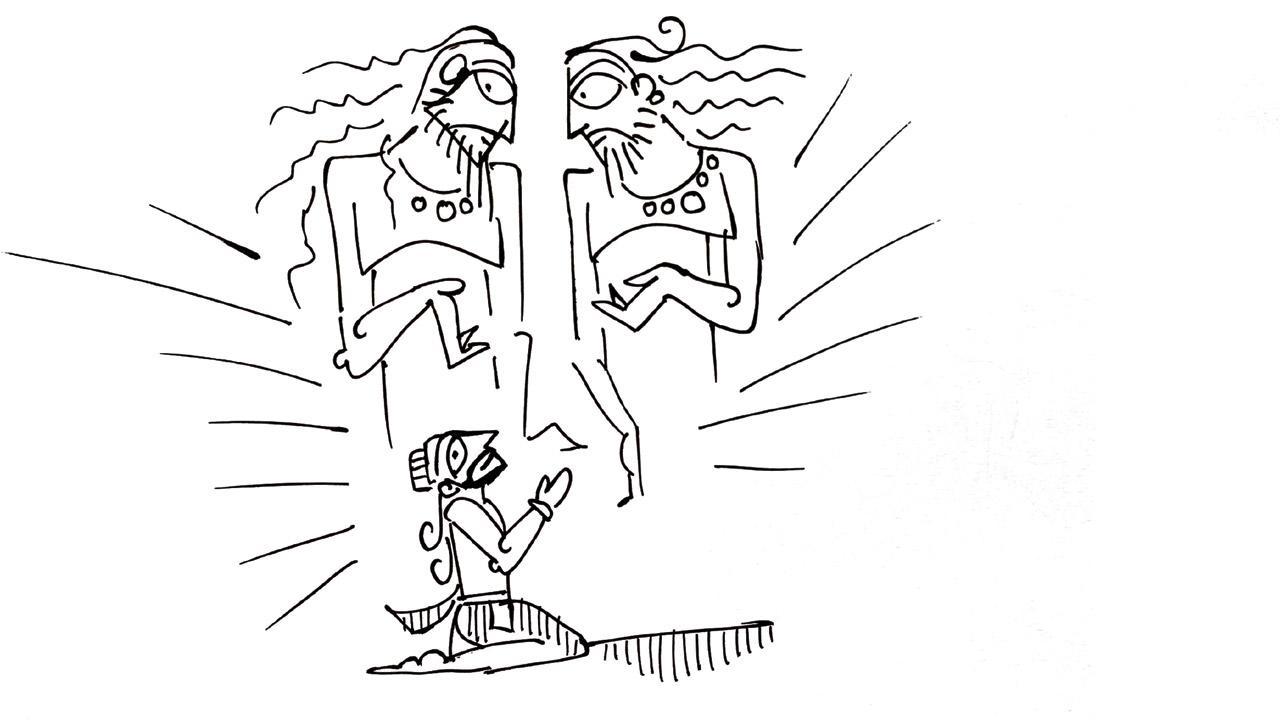 In North India, according to politicians, three major pilgrimage sites are important. The first is Ayodhya, where Rama was born and the kingdom of Rama was established. The other is Mathura where Krishna was born. The third is Kashi, to which Shiva is associated. Rama, Krishna and Shiva form the foundation of modern Hindu practices. This leads to the feeling that Hindu deities enjoy privileges on the Gangetic plain.

Early Hindu scriptures were confined to North India. The mention of Punjab and Haryana is found in the Rigveda. The Upanishads refer to the broad Ganges plain. The Mahabharata refers to Bengal and Odisha. The Ramayana speaks of a more southern movement. By the Puranic period, we become more familiar with river systems such as the Narmada and the Godavari, which indicate a southward movement. Of course Kaveri is talked about in Tamil scriptures. The Himalayan region is increasingly associated with the many forms of Shiva and Shakti whose temples are found on top of mountains and in caves.

When the Parashurama legend unfolds, the west coast of India becomes more and more prominent. Little is known about the relation of Anga, Vanga and Kalinga (modern Bihar, Odisha and Bengal) with the sage Dhiragatama of the Mahabharata. The Godavari region is associated with the sage, Gautam and his wife Ahilya. Most of the southern rivers are considered to be extensions of the Ganges, brought by the sages from north to south. Similarly the southern mountains are considered as Dakshina Kailash brought from north to south by sages like Agastya.

In a recent lecture, a Guruji kept on emphasizing that he has been able to date the Ramayana and the Mahabharata using astronomical data found in the scriptures. A student asked him whether this happened before or after Moses’ exodus. This angered the Guru. He replied that he was not worried about what happened in other countries. The student then opposed this argument saying that he felt that God belonged to all countries and not just India. Guruji had no answer to this, especially since he prided himself on having white people of Europe and America participate in Hindu rituals.
It indicates how God is provincialized in religions. Even religions that claim to be universal, such as Christianity and Islam, are anchored in a holy land located in the Middle East, which seems strange to people, say, those in Artic circles who wonder. That’s why the prophets are always in a land of sand, not snow.

As Buddhism spread to China, a new idea emerged. That there are many Buddhas with many Buddha heavens situated in the infinite world. This allowed Buddha to be located anywhere, not only in India. So Buddha appeared in Tibet, Japan, China and even Korea. Mormons did the same for America, saying that hundreds of years ago the prophets fled Babylon and took the word of God to America and it was rediscovered by Joseph Smith in the 19th century. While some religions remain bound by geography, some choose to break this bond, and others invent new stories to connect geography to God.